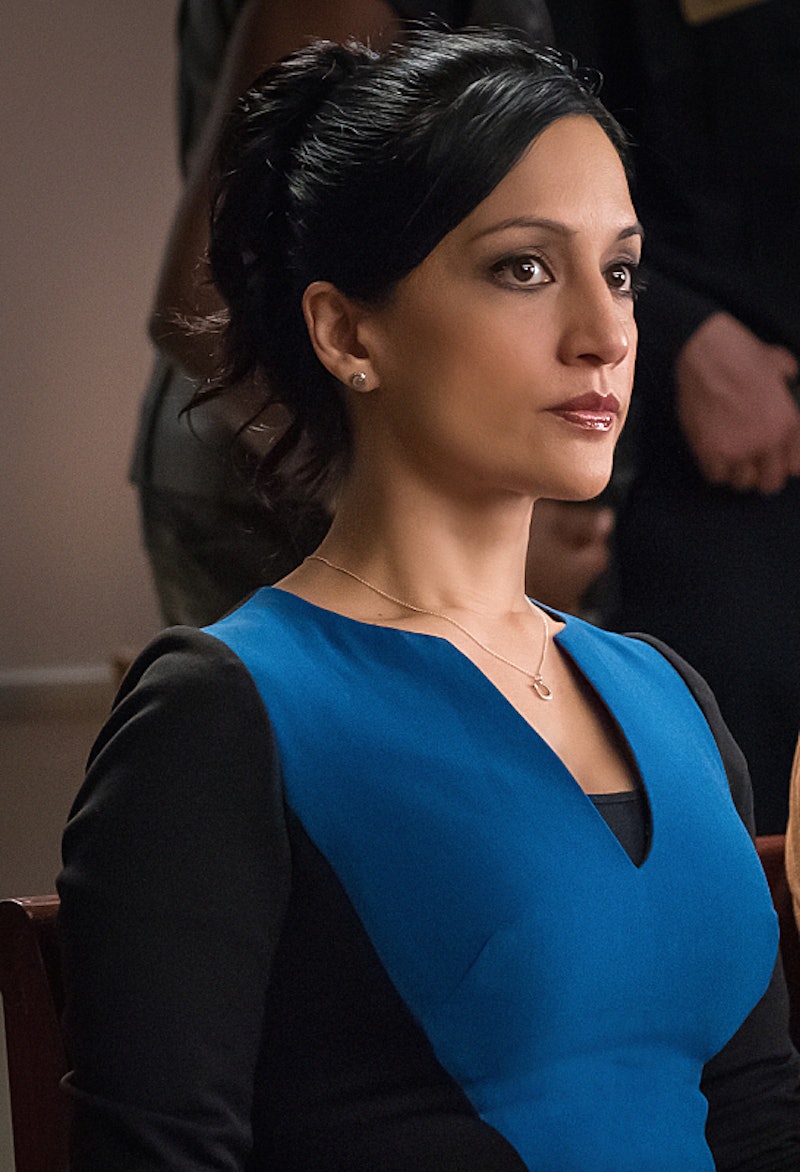 On Sunday night's new episode of The Good Wife , "Red Zone," Kalinda and Cary finally came to an understanding about their relationship — and it's about damn time! Yup, Kalinda finally told Cary that she wants to see other people (duh). Understandably, Cary was gutted, but believe me — this is for the best. Cary was wasting his time waiting around for Kalinda — they've always wanted different things. Now, Cary can focuses all of his attention on what really matters at the moment: avoiding a drug conviction that could send him to prison for over a decade. Similarly, Kalinda can focus on what really matters for her: avoiding being killed by drug kingpin Lemond Bishop! See? I told you that this was a good thing.

As Cary is preparing to take the stand in his drug case, he finds himself distracted by jealousy. He can't stand the fact that Kalinda is sleeping with FBI agent Lana Delaney. After a particularly bad day of witness prep, Cary violates the condition of his release that stipulates that he must remain at least 30 feet away from Kalinda at all times and surprises her at her apartment. He says that he knows that she's been lying to him about Lana, and that he wants her to end it. It'll just be one less distraction for him to deal with. At this point, Cary confesses that he only wants to be with Kalinda — just the two of them, one-on-one. Unfortunately, Kalinda doesn't feel the same way. She tells him that she wants to be free to see other people (again, duh!).

When Cary leaves Kalinda's apartment, he's upset, but he's also seeing clearly for the first time in a long time. Suddenly, he's no longer dragging around all of that super heavy "Does Kalinda wanna be with me or nah?" baggage. He's free to devote all of his time and energy to staying out of jail. Sure, it hurts, but Cary will be fine. I can't even begin to tell you how happy I am that the show's writers have (seemingly) decided to put an end to this back and forth nonsense between Kalinda and Cary. It had become tiresome. I'm sad to see Kalinda go (Archie Panjabi is leaving the show at the end of Season 6), but I'm definitely ready for Cary to find someone new — someone who treats his heart with a little more care.