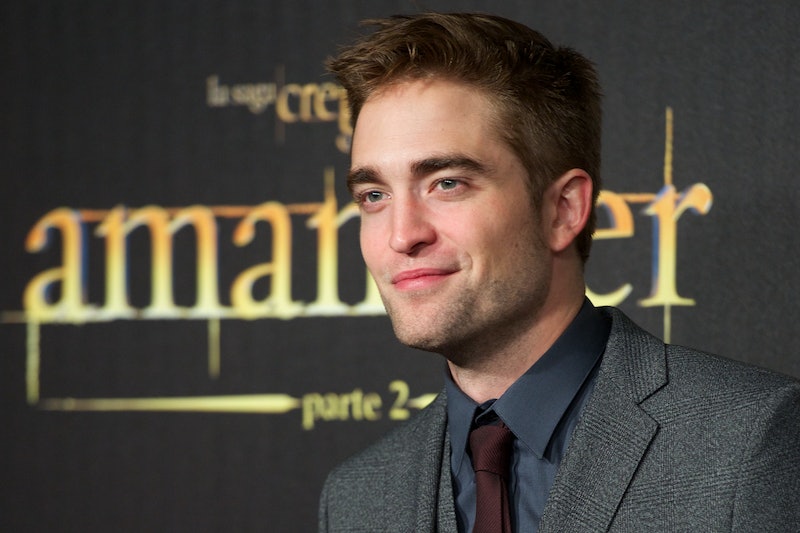 There is maybe no celebrity pairing that has launched as many Tumblr posts, Twitter tirades and delusional shippings as Robert Pattinson and Kristen Stewart. It's been nearly two years since the couple called it quits, but that has not stopped the die-hards from creating all sorts of crazy conspiracy theories, mostly regarding the love lives of both actors post-breakup. I can't even imagine what was going on through the brains on these fans, although looking into some of the Twitter posts, I got a sense that they were not going to handle the news of Robert Pattinson holding hands with his new boo, FKA Twigs, very well. In fact, they definitely did not handle it well and instead chose to act disgustingly and launch racist remarks towards the singer via social media. It is such a shame that two grown people in a relationship need to be the targets for such hateful comments, especially when the people making the comments claim to be fans.

So, you know what, I'm going to come out and say that I think Twigs and Pattinson are absolutely adorable together and that they actually have many things going for them to be a really good match. They've only been "together," or seen together, for about three months, but in that short time, regardless of what crazy theories the online haters come up with, you can tell that they are totally into each other and have had some super cute moments. I don't think they'll let anything stop them either.

Twigs just performed a sold-out concert at NYC's Terminal 5, and Pattinson was every bit the supportive boo by giving her a dozen, long-stemmed red roses to congratulate her.

The photo that launched a thousand tweets.

Yeah, I know Robsten liked to match too, but Pattinson and Twigs have settled into their "hipster couple" outfits quiiite quickly and it's way cute.

Apparently, they make out in dressing rooms

...so they obviously cannot get enough of each other.

They make each other laugh

For being two very seemingly deep, brooding, and intense artists, they sure can't help laughing and smiling while they're around each other. All signs look good so far.