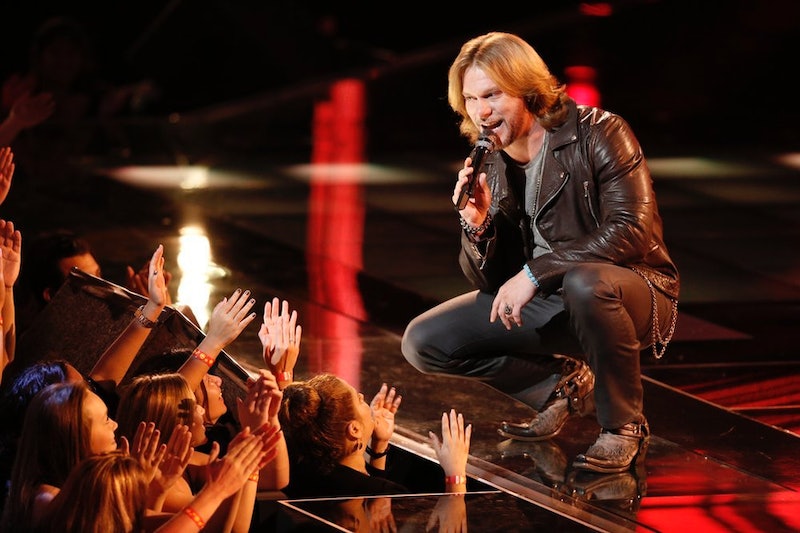 Craig Wayne Boyd is definitely the comeback kid. To refresh your memory, Boyd was given up by Blake Shelton during The Voice battle rounds, stolen by Gwen Stefani, dropped by Gwen Stefani, then re-stolen by Blake Shelton. Now that he's back where he belongs with Coach Blake, Boyd is ready to show the audience why he deserves to be there, and he did exactly that in the Live Playoffs. Craig Wayne Boyd's rendition of "Some Kind of Wonderful" proved to the judges, and the viewers at home, that he deserves to be on The Voice.

Boyd is one of the older contestants on The Voice, which is both an advantage and a disadvantage. His advantage is that he sticks out from the pack. Boyd is the seasoned country-rockstar this season and, with his cleaned up look thanks to Gwen Stefani and Taylor Swift, he has a certain star-power about him that none of the young contestants have. Boyd has the ability to be the Brad Paisley, Keith Urban, or even Blake Shelton of this competition. But because he's not as versatile as performers like Chris Jamison, he's going to have to work harder to earn the audience's affection.

Despite his experience, Boyd's age is also a disadvantage in this game. It's no secret that this season has gone to the younger contestants. They're definitely a talented group, but the judges have sent home some extremely talented, experienced performers in favor of the younger singers that have a lot to learn. If America chooses to let him go, the judges may be less likely to save him in favor of younger talent. His one saving grace, though, will be Coach Blake. He already let Boyd go once in this game, and based on how excited he was to get the talented performer back, Shelton is going to do whatever he can to keep Boyd on the team until he's really ready to let him go.