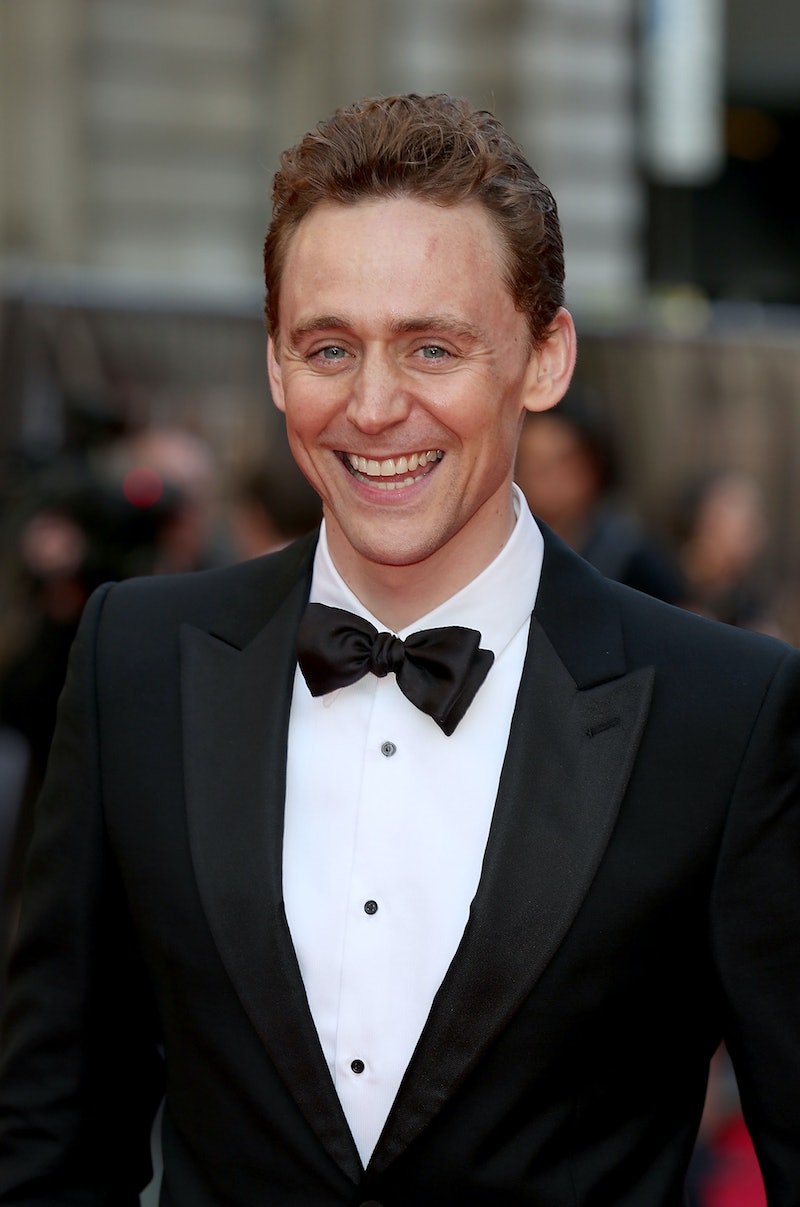 Just like Benedict Cumberbatch fans are "Cumberb*tches" and Rob Pattinson fans are "Robsessed," Tom Hiddleston fans have been nobly dubbed "Hiddlestoners." If his fanbase is zealous enough to have its own subcultural title, it makes perfect sense that some of its members have Loki/Hiddleston-inspired tattoos. I mean why not? If you identify as a "Hiddlestoner" you may be wondering if Tom Hiddleston has any tattoos himself. Or maybe you know already. Or maybe you just want another excuse to look at pictures of Tom Hiddleston, which is a totally valid thing.

After all, is there a better way to commemorate the experience of filming an epic like The Avengers than getting matching tattoos with your co-stars? I think not. No sir. He must have an illustration of Loki on his bicep that we've never seen because he's so covered up. Playing the villain in so many comic book-inspired movies must translate to some bad-boy tendencies like tattooing and riding motorcycles, right?

Hate to bring you up just to shoot you down guys, but it looks like Hiddleston is a tattoo-less person. At least, he's never confirmed that he has any body art. Personally, I can see him as the kind of person who isn't inclined to ever get ink. I mean, why mess with perfection?

Let's turn to the photos just to see if we can discover anything. I don't see any Loki quotes on those deliciously sinewy forearms...

Nothing on his biceps either.

Also, for your viewing pleasure, some noble YouTuber took the liberty of slowing down this clip from the film Unrelated in which Hiddleston skinny dips. He appears to have zero tattoos, but he is running and it's hard to see anything with detail.

He also went shirtless for his Thor screen test, and zero tattoos turned up there!

So, I can say almost beyond the shadow of a doubt, that Tom Hiddleston's skin is entirely un-tatted. That is, unless, he has one in a super, super concealed place that we have yet to hear about.