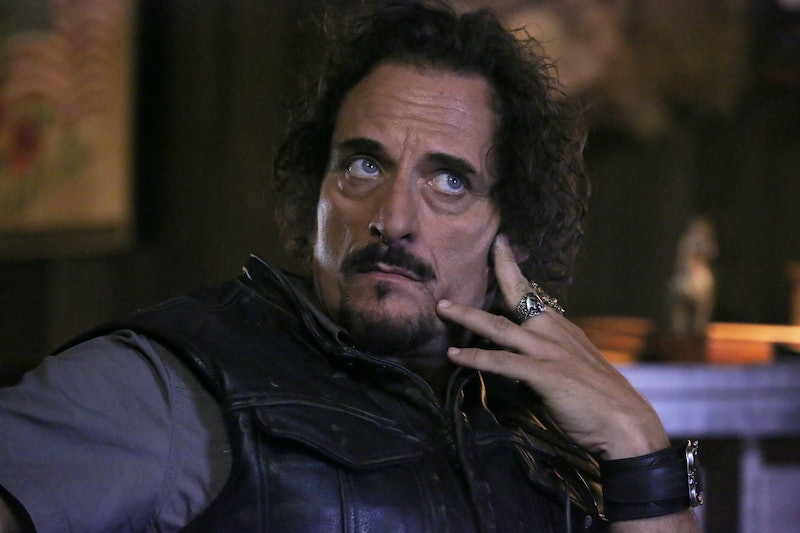 When your entire life is centered around crime, bloodshed, and murder, it can be hard to settle into a healthy relationship (or so I would imagine). Which is a large part of what makes Tig and Venus' relationship on Sons of Anarchy all the more special — a fact that was made all the more clear in Tuesday night's episode "Faith and Despondency." We learn that Tig and Venus have, indeed, been sleeping together for what appears to be quite some time now. Granted, having sex isn't exactly a new concept to this show. In fact, the episode itself was jam-packed with steamy encounters. But what sets Tig and Venus apart from all the other relationships we've seen come and go on this show, boils down to one main thing: honesty.

Let's face it — that's a rare quality to find between two people on SoA. Just think of how many times Gemma has lied to Nero, or Chibs has lied to Jarry. Even Jax and Tara weren't without their secrets from each other. Yes, when it comes to the art of communication, SAMCRO is seriously lacking, and their romantic relationships have suffered because of it. However, on "Faith and Despondency" we see Walton Goggins' Venus open up about her feelings to Tig when she feels like he's pulling away from her. And the conversation proves to be just as refreshing as it is heartbreaking.

“I know what this is, Alexander. Why you’re with me. You’re a man who dares to dance with the freaks. I perpetuate that deviance for you. Allow you to show the world that you live outside the box. But I know that’s where it ends for us and I understand. It comes with the territory of my complicated identity. But my feelings for you are simpler. They live very much inside the box. I’m afraid, Alexander, that I may have fallen in love with you.”

But instead of Tig storming out or hiding what he's thinking, he owns up to his feelings and admits that he has a hard time allowing himself to get close to someone without pulling away. It's just something he's never been able to do. But he wants to. He wants to find a way to make what they have work. This isn't some fling to him either. Venus knows everything that he hides or hates about himself. There are no secrets between them. And while that's definitely scary for both parties, they're continued honesty with each other is what could make them triumph over everyone else. And that's something that I, for one, would love to see.