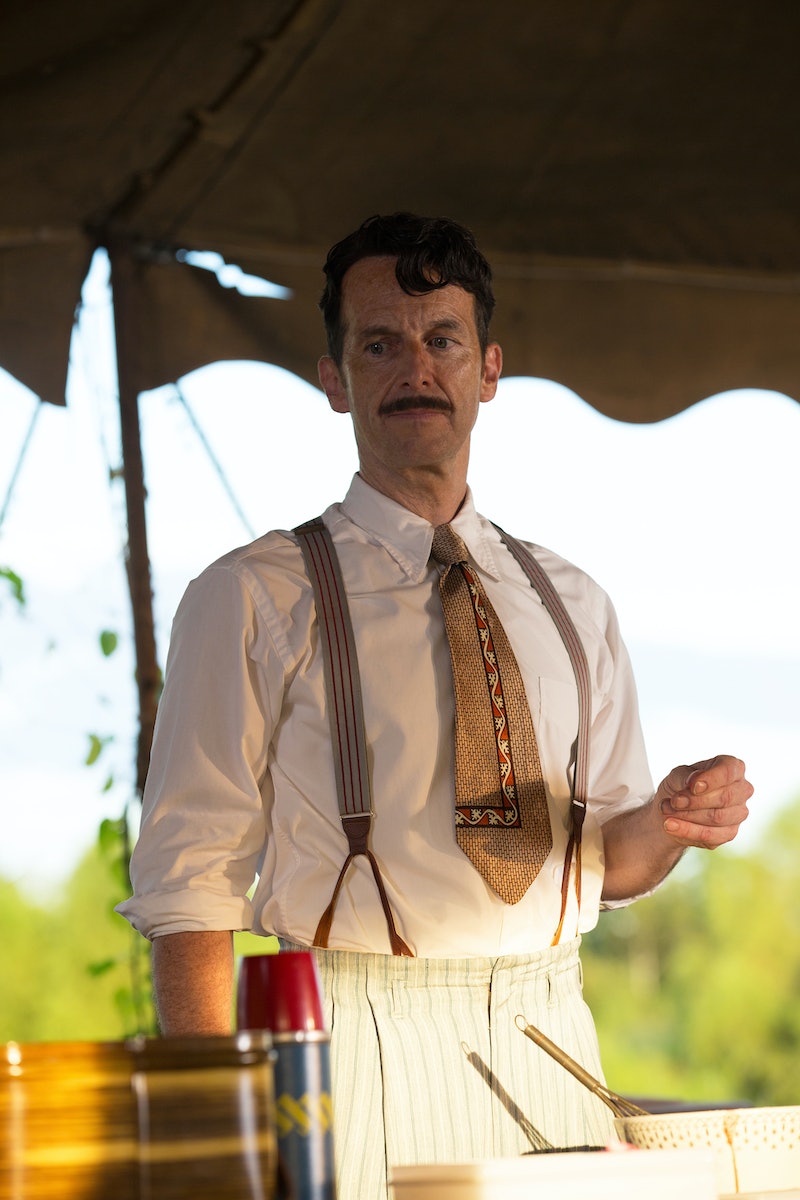 The most dangerous kind of villains are ones who hide out in the open. And while Twisty certainly looked the part of a killer (well, to everyone besides Gloria Mott), Denis O’Hare’s Stanley is a wolf in sheep’s clothing, masking his true intentions under the guise of friendship. But this con man is hiding way more than a 13-inch body part up his (pant) sleeve. Stanley is on a mission to kill some AHS “freaks.” And now that he has successfully infiltrated Elsa’s sideshow, it’s only a matter of time before he cashes in on his first murderous commission. Which begs the question: which freak will be Stanley’s first victim?

Because, let's not kid ourselves here, this is exactly where the plot is going. Ryan Murphy wouldn’t introduce an evil con man without having him dole out his fair share of carnage. (It’s called American Horror Story for a reason, after all.) That’s not to say he won’t eventually receive his just desserts for wreaking havoc upon these characters because something tells me he totally will. Fantasy scenarios aside, Stanley has yet to prove his villainy to us — but I have a distinct feeling that’s all about to change, and soon. So which one of Freak Show’s members will get conned to death? The way I see it, there are three strong contenders.

We know Pepper makes it out of Freak Show alive due to her later appearance in Asylum. Unfortunately, that leaves Salty’s fate completely up in the air — and looking rather dark considering his name is never mentioned at Briarcliff. In fact, Salty’s death could be what brings Sister Mary Eunice into the picture this season, especially if Pepper is having a hard time coping.

Saving grace: If you look on his IMDB page, actor Christopher Neiman (who plays Salty) is credited in multiple future episodes. And, while this is no guaranteed indicator, it could imply he’s still in the land of the living… at least for now.

As much as I hate the thought of seeing Jyoti Amge go, it feels like it’s only a matter of time before Elsa’s clear favorite meets a devastating fate. From the "Bullseye" episode promo, we’ve seen that Elsa’s “little monsters” are growing more and more skeptical of her, especially now that Bette and Dot have gone missing. If her sidekick Ma Petite suddenly disappears as well, that could escalate things to a much larger degree. And the more these characters become divided, the easier it will be for Stanley to pick them off one-by-one. Plus, there’s this disturbing image from this week’s promo to consider:

Saving grace: Stanley has tricked us several times already with his fantasy scenarios of killing different characters and putting them on display. So the image portrayed in the promo could be nothing more than yet another daydream sequence he’s concocted in his head. I also find it hard to believe Murphy would give away such a huge spoiler like that in a promotional clip. This could just be his way of throwing us off.

Call me paranoid, but whenever a supporting character appears to be getting more screen time than usual, I automatically become worried for their safety. It’s like when two characters share a particularly heartfelt moment together and then one of them immediately dies. Later on you think, "Oh man, I should've seen that coming." That’s how I’m feeling about Paul’s fate right now.

According to the episode synopsis, Paul will indulge in a secret romance. There’s no mention of who this romance is with, but if it ends up being with a newly single Desiree then that could spell big trouble for Paul. What if Stanley catches wind of this love affair and informs Dell? (We all know how well he handles cheating.) Even if Stanley isn’t the one to directly kill Paul, he’d still be the puppet master behind it. Plus, it would allow him to take the body for himself.

Oh, and did I mention that Paul's also the main target in Elsa’s dangerous new knife-throwing act? That’s right, people, he is literally laying on top of a bullseye. I’m practically tripping on metaphors over here.

Saving grace: Umm, well. What if… Maybe...? Sorry, Paul, but when you have a target on your back (or rather your back on a target, in this case), I can’t really offer up many words of comfort.

My guess is Paul's days are numbered and I've never hoped to be more wrong.