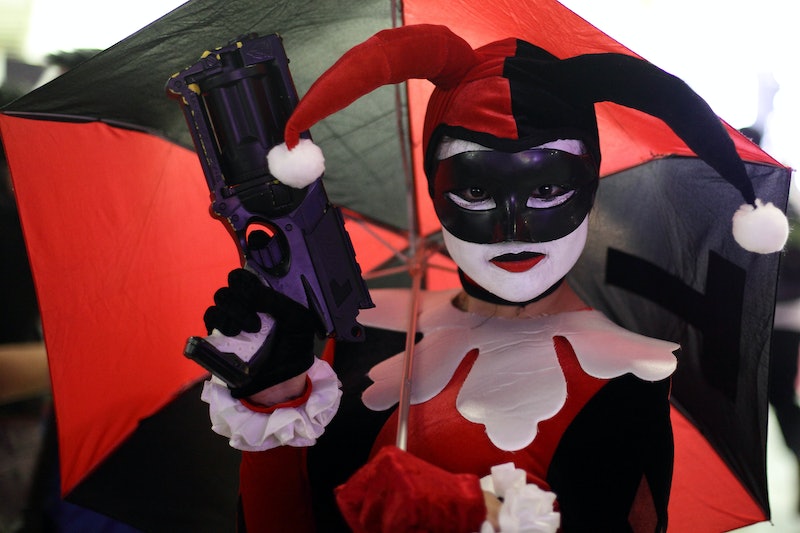 What is it with white dudes needing to "discover" everything — even the stuff everyone else already knows about? Apparently young adult science fiction author Huw Powell has just now discovered geek girls, and he is so surprised they exist he's taken it upon himself to give them a new name: geekettes. Dude, what are you doing?

In an essay for The Guardian, Powell graciously informs the world of the truly shocking fact that lots of women like science fiction and fantasy. It's an announcement absolutely no one needed, but he goes on to tell us anyway, all about how, on his book tour for his novel Spacejackers , he's "been surprised at how many girls have queued up for signed copies" and even some adult women seem to like it, too. Gasp!

He then gives us a long and entirely obvious round-up of the many women in science fiction and fantasy, both as characters and creators. As if there were people out there who had never noticed JK Rowling or Cassandra Clare, who had never heard of Katniss from The Hunger Games, Cassie from The Fifth Wave or Tris from Divergent. He even makes a point to bemusedly point out there are women who identify as Whovians or who know what Harry Potter house they'd want to be in. There are even — gasp! — female cosplayers! Isn't it shocking?

Well, Powell certainly seems a little shocked. Or it least unfamiliar with the idea, since he feels the need to lay out these trends that just about everyone else in the world picked up on ages ago. Yet so certain is he that this must be something he has just identified for everyone that he gives female geeks their very own shiny new name: Geekettes.

First of all, let's point out that there's already a commonly used, generally accepted term for women who participate in geek culture, namely "geek girls." And while I sometimes find it a little irritating women need a special designation, "geek girl" is still so infinitely preferable to "geekette." I mean, way to take a title that can easily apply to women on its own and add a diminutive just to girly it up. That was so totally necessary.

"Geekette." Like geek girls are geek guys' frilly sidekicks rather than equals in the bigger-on-the-inside halls of geekdom.

For the record, women in geek culture have been talking about their own experiences for a long time, and geekdom has been discussing geek girls for ages now. We don't need anyone to discover the phenomenon. Today's conversations are about stuff like sexual harassment at comic cons, the need for female superhero movies, and the sexism of the term "fake geek girls." Women are making huge strides in science fiction and fantasy, not just as fans but as creators and characters. Women read comics and go to comic book conventions. And there are more women playing video games than men. We are so far beyond discussing the basic fact that there are some female geeks running around that it is not even funny.

And yet, Huw Powell apparently feels the need to run out and tell everybody that, hey, some girls came to my book signing, and now that you mention it there do seem to be a lot of female characters out there, too. Because, I guess, he's under the impression that the fact this is all new to him means he just discovered it. And that naturally, the world needs his take on it, complete with simplistic musings about who's to say if a pirate's skull is for boys or girls.

Tell you what, how about we first of all agree that pirate's skulls do not have to be sorted into "girl thing" or "boy thing" or "both genders thing"; like everything else in the world they can just be enjoyed by whomever thinks they're cool. And second of all, can the white men of the world please resist the urge to act like you've discovered something just because you just found out about it. It is really, really annoying.

Geek girls, on the other hand, are awesome.