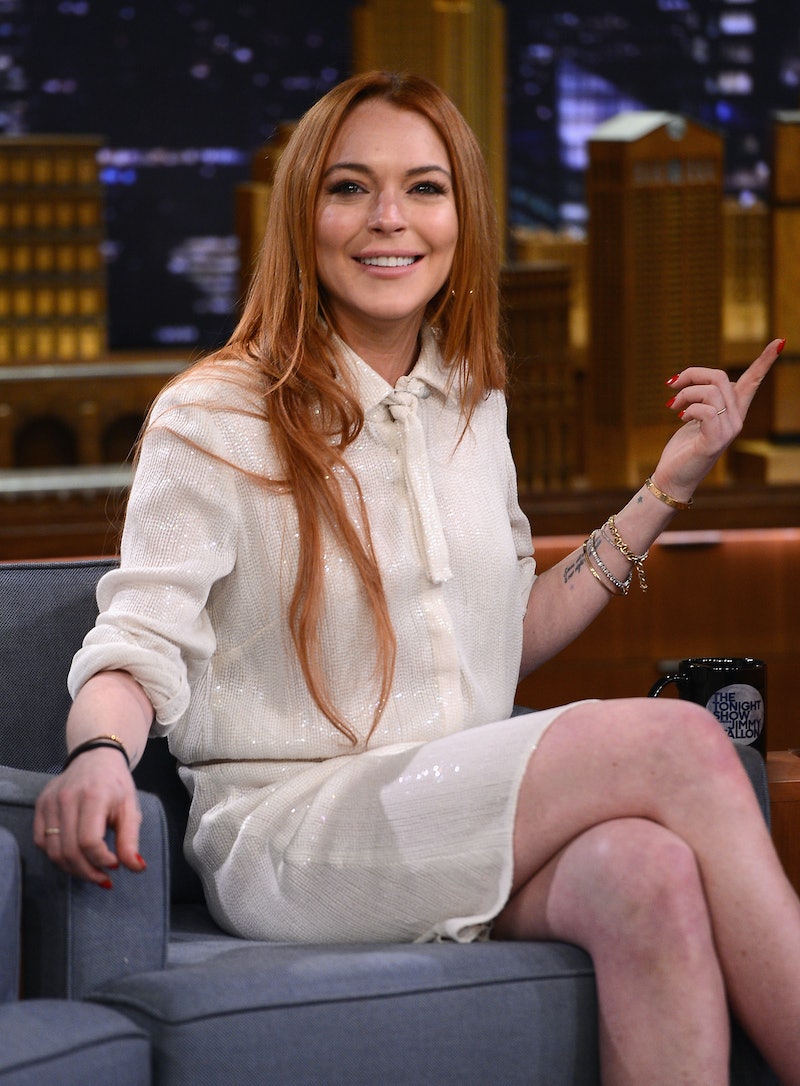 Admittedly, I couldn't be prouder of Lindsay Lohan! I've been a fan ever since her Parent Trap days, all the way through Mean Girls. She seems to finally be getting her act together by performing in a play in London (although Speed-the-Plow didn't have the best opening night). She also recently got off probation for a necklace theft from a few years ago. Now Lohan plans to move to New York City as soon as she's done in London. According to TMZ, she's already apartment hunting and has her eyes on a $2 million apartment in the Financial District. Apparently the facility has 24-hour concierge service, housekeeping, a SWEAT fitness center, a media room and a private rooftop terrace.

That all sounds pretty perfect! Based on how NYC has been the ideal place for Taylor Swift to reinvent herself, it could have the same positive effect on Lohan. In fact, as the new Global Welcome Ambassador of New York City, it would only be fair for Swift to give Lohan a proper welcome. I could see these two becoming old pals, as Tay serenades her with a rendition of "Welcome to New York." Granted she'd probably change the lyrics with Mean Girls references and whatnot (because she's a lyrical genius). But anyway, here are other ways the two can explore NYC together!

Of course they'd pose for the perfect selfie in front of the Empire State Building, while listening to Jay Z and Alicia Key's "Empire State of Mind." It'd really make the "these lights will inspire you" lyrics come to life.

Hands-on-hips, these two would fit right in with the hustling, bustling crowd. It's a great place to go shopping and sip a Starbucks latte.

These two are fierce, just like the Statue of Liberty. How could they be in New York and not go see it? It's obligatory.

They'd find a nice bench and spend hours bird-watching and people-watching. I bet they'd even splurge for one of those hot dogs from a cart!

Sipping Coffee in a Cafe

As much as Tay loves to bake, she doesn't always have time. So they'd visit a cute little cafe and eat scones while sipping hot beverages.

If this friendship does actually happen, they should totally film a reality series like Kim & Kourtney Take New York! I'd definitely watch.

More like this
Taylor Swift Is "Spiraling" After Releasing "This Love (Taylor's Version)"
By Jake Viswanath
20 Celebrity Couples Who You Forgot Dated In 2002
By Jake Viswanath
The Very Best Quotes From Dr. Taylor Swift’s NYU Graduation Speech
By Grace Wehniainen
This Is How Taylor Swift Feels About Joe Alwyn’s Steamy New Series
By Alyssa Lapid
Get Even More From Bustle — Sign Up For The Newsletter