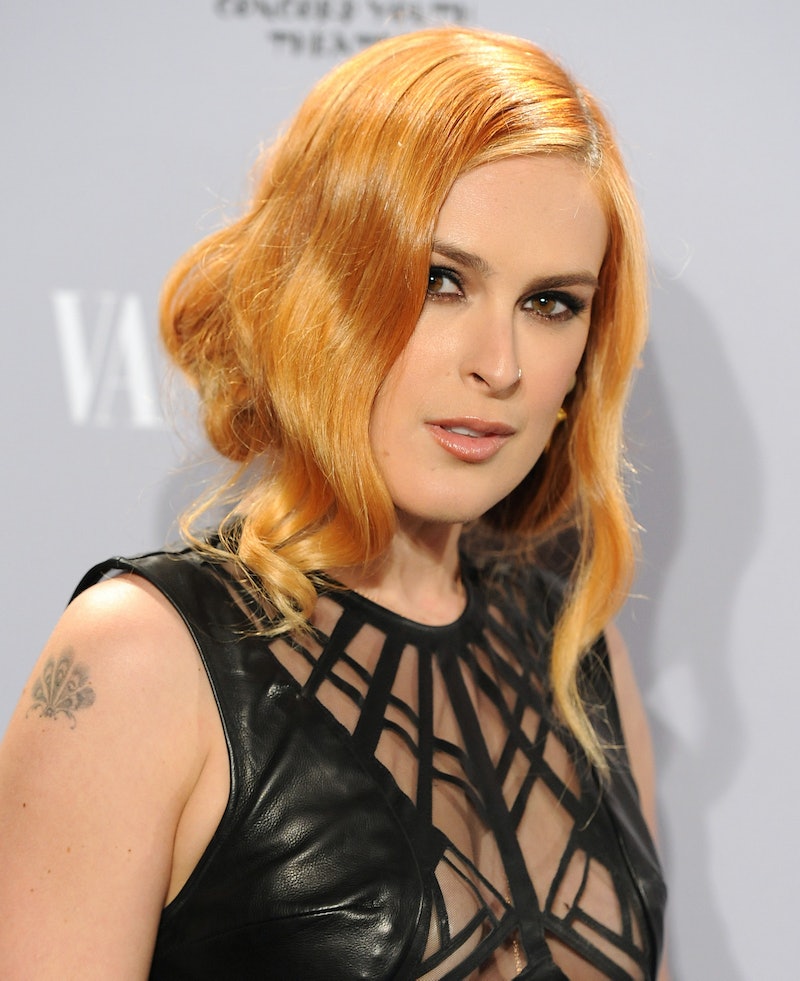 When it comes to her sisters, Rumer Willis is all about showing support and respect, no matter their choices. In a recent interview with Access Hollywood, not only did Rumer Willis talk about her father, Bruce Willis, her mother, Demi Moore, and her former step-father Ashton Kutcher's baby, but she also talked about her relationship with her sisters, Scout and Tallulah. She briefly talked about that time Scout walked around New York City topless supporting #FreetheNipple campaign. We all know it caused quite the controversy, but did you know Scout did it on a whim?

According to Rumer, she had no idea Scout was planning on walking down a sidewalk in NYC flashing everyone in the process. Apparently, Scout didn't either. "She told me it was one of those things where she was just walking down the street and then she just kind of decided to do it." Well, planned or not, she definitely got people's attention, especially in spreading the word against body-shaming. Per Rumer, Scout is one of those people who will take a stand for something, and once she does there's no backing down. Rumer said she finds her sister's actions "incredible."

As for her other sister, Tallulah, Rumer is there for her. In September, Tallulah returned home after entering rehab for dysmorphic disorder and substance abuse. Rumer said, "If you have the power to help anybody, no matter what it is — from dealing with any sort of addiction to any sort of body issues or feminist issues or anything like that — I think if you have the power to be able to talk to people and make people not feel alone you should be able to speak out about it."

It seems these three sisters have a tight bond, and I admire it. Having a sister is so much more than a blood-relation, it's about having a sister who is also your best friend supporting you through everything — no matter the situation.

More like this
Sandra Bullock, Girlboss Extraordinaire
By Matt Harkins & Viviana Olen
Spice Girls’ Net Worth: The Richest Member Is Wealthier Than The Rest Combined
By Hugh McIntyre
Lydia Leonard Is Setting The Record Straight
By Olivia-Anne Cleary
Is Megan Fox Pregnant? MGK Gave A Shout-Out To Their “Unborn Child” Onstage
By Hugh McIntyre
Get Even More From Bustle — Sign Up For The Newsletter