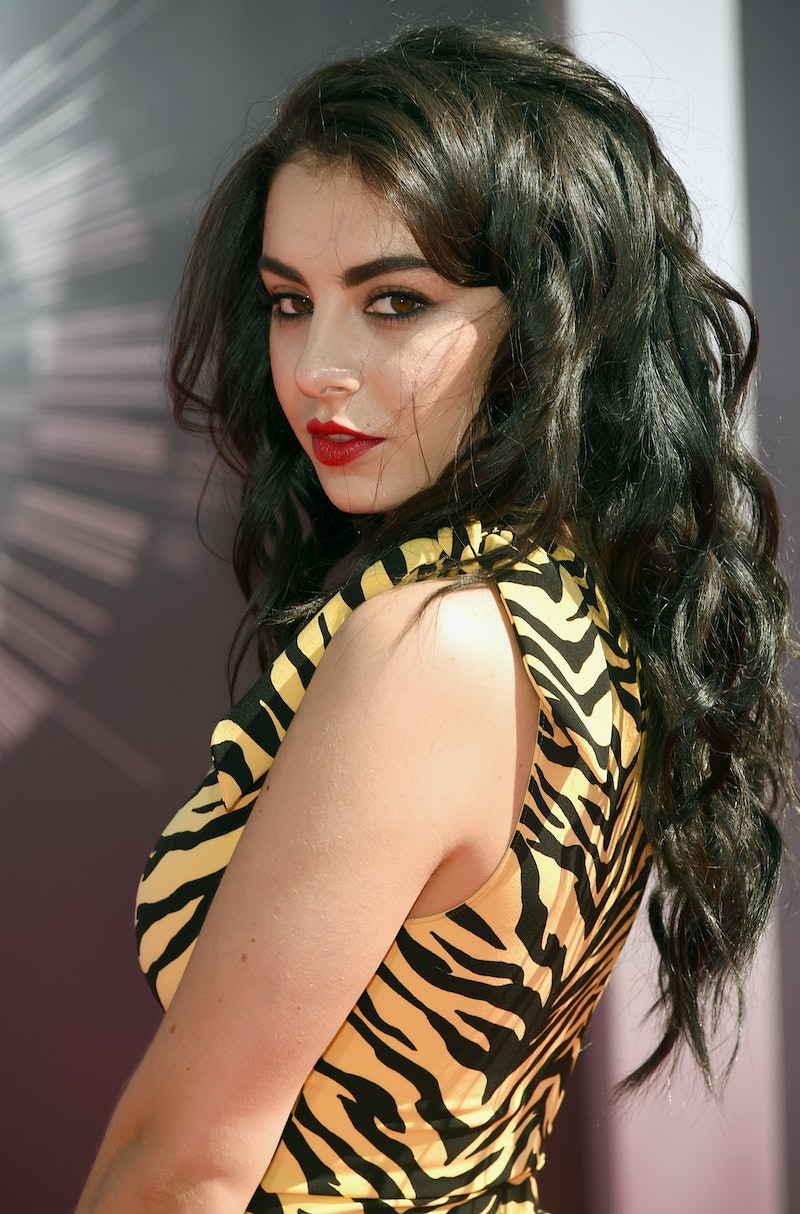 You know when you build something up in your mind, only to worry it won’t live up to the hype excitedly hopping around in your brain like a maniacal Daffy Duck? When I first read Charli XCX and Duran Duran’s Simon Le Bon recorded a song together for the Hunger Games: Mockingjay—Part 1 soundtrack, I went full Daffy. So when the song hit the webosphere on Thursday, both my insanely high expectations and I were a little nervous. But my nerves were all for naught, because the track is beyond anything I could've hoped for. “Kingdom” by Charli XCX featuring Simon Le Bon is a beautiful swirling blizzard of a song. I am all about it.

"Kingdom" is an unexpected, albeit very cool direction for the "Boom Clap" singer. As Charli recently told Pitchfork, the track, which she cowrote with Rostam Batmanglij of Vampire Weekend, is "really different than my usual sh*t.” My girl Charli ain't lying.

Not only am I obsessed with the song's sound, but I cannot get enough of the lyrics. What is depicted by the lyrics sounds like something out of a disarmingly gorgeous nightmare. You know, like when you dream you're being chased by a ghost shark through a breathtaking technicolor coral reef. (We've all had that dream before, right?)

Here are the creepy-pretty lyrics that I latched onto the hardest:

“My bones they used to glow/But now I'm throwing stones/I’m losing where to go”Glowing bones?! Awesome. Like one of those glow-in-the-dark skeleton Legos. But a human. Terrifying. But awesome.

“Shadows on my back/Are moving slow/They twist behind like white leaves in the wind/And as I ride these horses will take flight”CREEPY SHADOWS!!!! FLYING HORSES!!!!