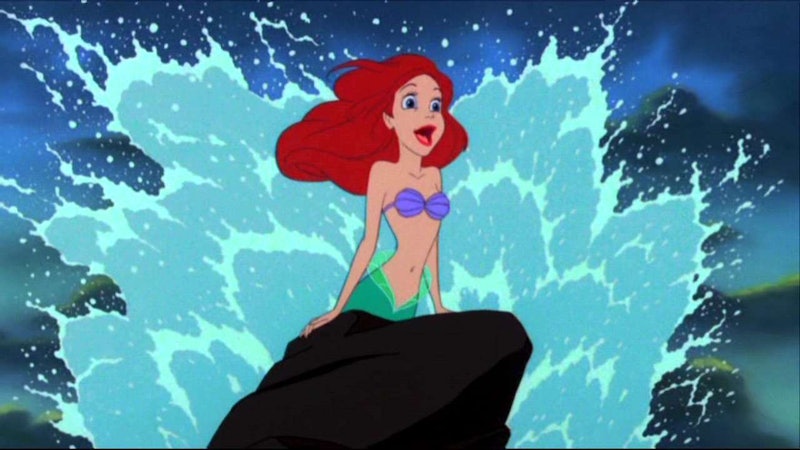 It’s hard to believe that The Little Mermaid was released in theaters this month 25 years ago. I know everyone says it, but it really does feel like it was just yesterday that I was singing along to Part of Your World (on VHS of course), thinking about how lucky Ariel was for having her own treasure cove, and noting how cool Ursula’s lipstick was. Also, how killer was that sparkly dress Ariel wore when she walked out of the ocean in one of the final scenes?

This film, though merely an animation made for children, taught me so many lessons while I was growing up and continues to do so even now. Really, there’s a little something that everyone at any age can take away from this movie. Yet aside from learning to not trust strangers or evil sea witches, and to stay away from a Frenchman’s kitchen if you’re a crab, one of the biggest things The Little Mermaid did for me (though subtly) was to prepare me for dating during my teen years. And I'm sure many of you can agree.

When you discovered your first real crush, you fell

And you fell hard.

At the beginning, it was difficult to keep him (or her) off your mind

So much so, that you actually became a bit of a stalker.

With the latest trends and gadgets. You had always been ahead of the game.

But you still embarrassed yourself on your first date anyway

Because dating is just hard.

Then one day your dad found out you just started dating

He didn't take it lightly. Like, he was pretty pissed and grounded you just to keep you away from that boy.

He didn't understand how mature you were

You were basically an adult.

So you cried because your parents were being so unfair

I mean they really just didn't get you. Didn't they know what it was like to be in love? Ugh, rude.

But that never stopped you from seeing your crush anyway

There’s nothing like trying to sneak out at night with a fish and a crab watching your every move, right?

And to do that, you turned to rebellious friends for advice

Because they always had the most fun, even though they were secretly crushing on the exact same guy as you. So they’d trick you and pretend to go along with it.

Of course, you took it against your better judgment

But that friend really effed you over. And that’s when you realized you were completely on your own. So you discovered how difficult a first date was without anyone there to help you.

Not to mention, his family.

Even your first kiss didn’t go as planned

It was super awkward.

Though you were trying your best, it was difficult to ward off the other girls

Then for the first time ever, you had your heart broken

Even though at 16, you were sure that was the person you were supposed to be with forever. I mean you were pretty much going to marry him.

Then you took him back (after he apologized many times).

Because she was so jelly. Like she was really pissed off about you two, and she tried to sabotage everything because she didn’t get the guy.

So you lived happily ever after

Then got married. LAWLZ just kidding. But you guys were pretty lovey dovey for like a month before you moved on to the next guy. High school, right?