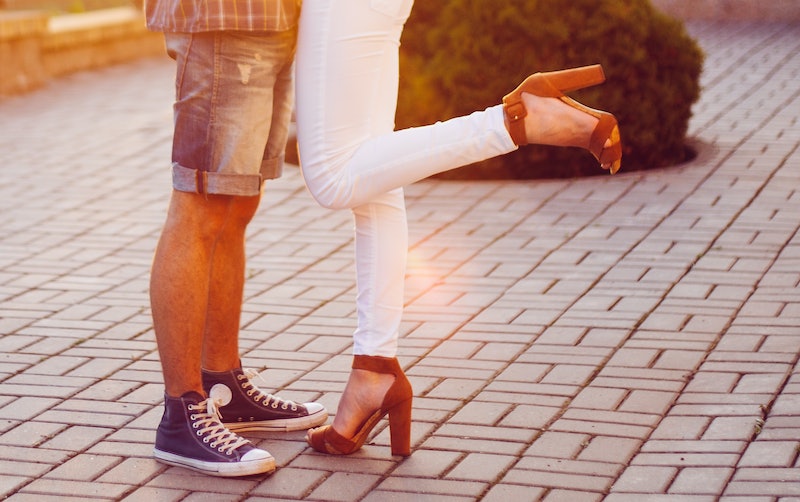 This just in: Kissing is super gross, and not only in the fourth-grade-cooties kind of way. According to a recent study published in the journal Microbiome, every time you kiss someone, you swap 80 million bacteria. (Just to compare, someone once measured how much bacteria was on the subway and only found 137 different types.)

Luckily, we the germ-phobic need not give up romance just yet. As Bustle reports,

More often than not, the bacteria exchanged [while kissing] is perfectly harmless and actually promotes some bacterial diversity and immune resistance in our bodies. Studies also show that when two people are making out with each other a lot, they actually end up having the same types of oral bacteria in the long-term. Despite the fact that it’s harmless, it can still be a little disconcerting to think about kissing on a basic level — you’re putting your oral cavity on another persons oral cavity and exchanging spit, saliva, and bacteria all in the throes of passion. So why do we do it?

Well, that's great news for those of us who enjoy kissing, but the fact remains that people who kiss — especially those of us in long-term relationships — are gross in ways that far outweigh the bacteria exchanged from a make-out sesh.

I'm not saying I personally do any of these things (okay, fine, I do most of these things), but here are 19 secret things couples do that are far grosser than even making out in public. (Oh, and I'm not even going to get into the fact that you call each other "pookie." This is strictly hygienically speaking, people.)

It's the grossest of the gross, and just so satisfying.

Sure, it might not be as many germs as kissing, but the idea is just disgusting.

Going To The Bathroom With The Door Open

It's officially the end of romance.

I happen to really like the smell of my boyfriend's armpits. SO SUE ME.

Brushing Away a Bat in The Cave

It's just faster if you get it.

Wiping Gunk on Their Shirt

What? My SO isn't a walking napkin?

Extra gross points if you clean them.

Watching and/or Helping The Other Person Clip Their Toenails

For some reason, this is where I draw the line.

Picking Something Out of Their Teeth

Again, it's just faster if you do it.

Checking Out a "Weird" Bump, No Matter Where It Is

Yeah... you know where it probably is.

Cleaning Up After Period Sex

Nothing like seeing your blood on your partner's junk to really seal the deal.

Caring For Them When They Have The Stomach Flu

This would actually the end of romance if it weren't so damn romantic, in a weird way.

Throwing Away Their Dirty Tissues When They're Sick

What? You're gonna get sick anyway.

Tweezing Out Their Errant Hairs

(Let's be honest, they're usually on their back.)

Yeah, you know who you are.

Sharing a Bar of Soap in The Shower

You know where they put that, right?

Taking the Last Sip of Their Drink

Letting Them Wipe Their Snot on Your Sleeve When They Cry

Gotta admit, that was on point, Garden State.