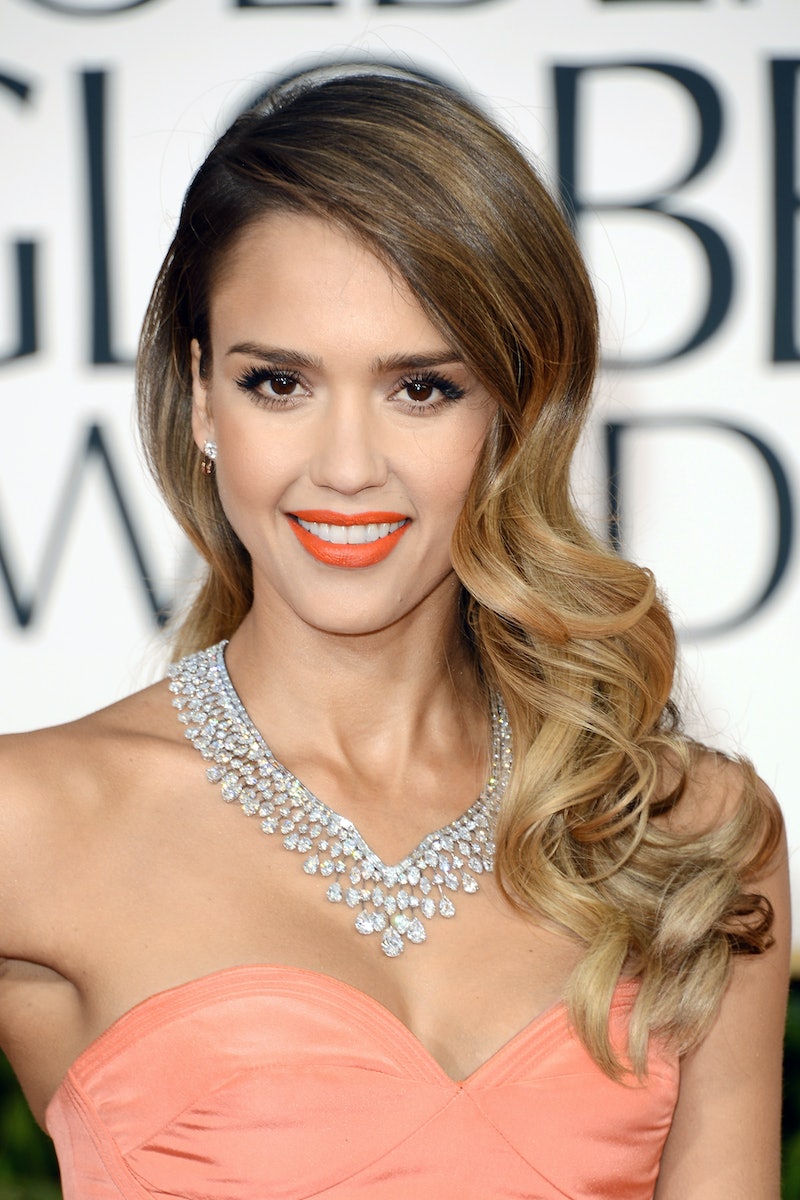 She's a wife. She's a mother. She's an actress. She's a businesswoman. She's an inspiration. Seriously, what can't Jessica Alba do? This is one leading lady who continues to be a role model for women of all ages. Whether she's being a badass onscreen or strutting her stuff as the CEO of her eco-friendly business, The Honest Company, Alba never stops when it comes to showing that women can do it all. In addition to being an all-around kickass woman, Jessica Alba is also a feminist, and she's not afraid to admit it. In many of her interviews, the actress opens up about supporting women and showing them that they can do everything a man can do.

Ever since she was a young girl, Alba's been standing up for her rights as a female, which is something she learned from her own mother. Seeing as she's a mother of two daughters, Honor and Haven, I'm pretty sure she's teaching them, in addition to leading by example, that being a feminist is nothing to be ashamed of.

So, here are six times Alba proved herself a loyal feminist. She's never stopped advocating on behalf of her own family, in addition to women all over the world. You go, Alba!

"I love to challenge the status quo. That's been my mission from day one as an actress and an early feminist wanting equality and wanting to push the limits of what's possible."

In October 2014, Alba opened up during a Self magazine panel about feminism. I think we can all agree she continues to do go above and beyond. Just look at her hectic, but satisfying, schedule.

"Where I was from, you had to answer to a man if he was the breadwinner. My mom told me that didn’t need to be the case for me — I didn’t need to rely on a man. She taught me how to hustle. I was determined to be financially independent. So I started making my own money when I was 12 [with acting]. That was freedom."

I guess it's safe to say she learned about feminism at a young age. When Alba commits to something, she truly commits!

"I was pretty determined from a very young age. I’ve always been on my path and if the system didn’t agree with it I thought, 'OK, I don’t care, this is what I’m doing' — very stubborn and strong-willed. My parents blame my astrological sign [Taurus] because my brother is certainly not as stubborn as I am and neither are they. I’ve always said, 'Do your own thing!'"

Yep, she's been doing her own for thing for a long time now, and it's absolutely refreshing.

"I’m not competitive with them [actresses]. I root for all of them because we definitely don’t have equality with men in this business. There are a lot more men making a lot more money and headlining movies than women, and the more of us who can come up and do that the better. I want my friends to produce, direct, act, write, all of it. I think that being competitive defeats the whole female movement. I want to be encouraging to my girlfriends. Totally."

"Some men don’t like their women to speak up, some like their women to wait on them hand and foot and put the dinner on the table, be submissive and never talk. Then there are men who want feisty, crazy women who are going to tell them how they feel every day and keep them on their toes."

What makes a relationship more honest than by being open and expressing yourself? Clearly, it's working for Alba and her hubby, Cash Warren.

"I always feel guilty when I'm working and not with Honor. But I do love to work, and I know that will have a positive influence on who she becomes as a person and a woman."

Obviously, this was said before she gave birth to Haven, but I'm sure she feels the same way about both of her girls. And, yes, she's definitely a "positive influence" for her daughters and every other woman.

More like this
Sandra Bullock, Girlboss Extraordinaire
By Matt Harkins & Viviana Olen
The 'Hocus Pocus' Sequel Finally Has A Release Date & It Makes Total Sense
By Shannon Barbour and Radhika Menon
UK Viewers Will Have To Wait To See Jessica Biel’s Killer Housewife Series
By Rachel Mantock
The Very Best Quotes From Dr. Taylor Swift’s NYU Graduation Speech
By Grace Wehniainen
Get Even More From Bustle — Sign Up For The Newsletter