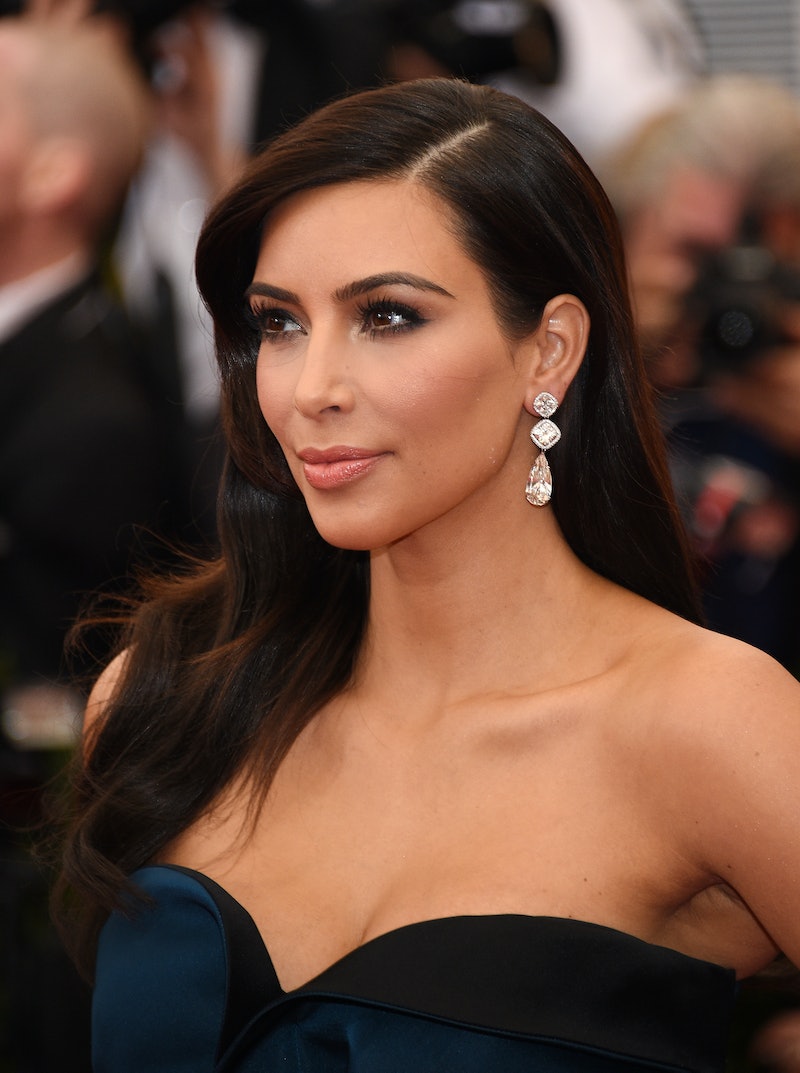 Google the phrase "wear the same thing twice." Go ahead. I'll wait. As it turns out, the results of such a search term gives you pages upon pages of results calling out celebrities from Kate Middleton to Michelle Obama for the crime of daring to, well, wear the same thing twice. It's not until the fourth page that a male celebrity is brought up at all, in the form of a 2013 article about George Clooney refusing to wear the same socks twice. This sexist focus on what a woman wears, and how often she wears it, is exactly what TODAY show host Karl Stefanovic was pointing out in the social experiment revealed Monday morning. Incredibly, Stefanovic wore the same suit every day for a year and no one noticed, despite watching him on television almost every single one of those days.

Meanwhile, not only do people notice immediately when females recycle their outfits, but they can tell exactly how long it's been since they've seen it. Remember when Middleton wore the same dress twice in eleven days? Or when Kim Kardashian wore the same outfit in two weeks? Even Taylor Swift noted in 2012 that she was afraid of wearing the same outfit twice, "I'm in a predicament where I can't wear a dress twice or else it's pointed out in magazines, so unfortunately I have to shop for dresses all the time."

When it comes to Stefanovic's experiment, I am willing to admit that some leeway can be given to his audience for not noticing he was in the same suit — even for a year. After all, professional dress for a man in his position is a suit and, quite honestly, unless that suit is in some kind of wild color then most people aren't go to see the subtle differences between them on a day-to-day basis. Or even on a week-to-week basis. Sure, a year is a long time not to notice a man wearing the same thing, but it's quite possible for many that Stefanovic is always wearing the same thing whether it looks different or not — a suit. However, the sexist issue that he is highlighting is pervasive, not just among news show anchors, but among the celebrity culture as well.

After all, it's much easier to notice when celebrities repeat their outfits than when a news anchor repeats their outfit. For many of them, their job largely consists of sitting at a desk in the same room day after day. Celebrities, on the other hand, are seen going everywhere from award shows to concerts to grocery shopping. In that sense, it seems downright absurd that we should expect them to have a completely different outfit for every single appearance that they make when the paparazzi camp outside of their homes in case they emerge to get mail or some Starbucks. As crazy as Stefanovic found it that someone actually complained that co-host Lisa Wilkinson repeated an outfit in the 200 unique outfits she is apparently expected to be seen in every year, how crazy is it that female celebrities are expected to have a unique outfit for the millions of unique times they might be seen in public doing anything ever?

Even when The Huffington Post celebrated celebrities for wearing the same pieces twice (or multiple times) in 2012, every single celebrity on the presumably gender-neutral list was female — likely because they're the ones that you notice. Google "male celebrities wear the same thing twice" and you still get a page full of results about female celebrities who committed this heinous crime, interrupted on the second page by Clooney's socks and a 2007 article about Chris Brown refusing to wear the same underwear twice. Tragically, it appears that even adhering to this cardinal rule of never recycling outfits can get female celebrities in trouble.

In 2013, Nick Cannon inadvertently fed into the rumors of Mariah Carey's diva behavior by revealing that — horror of horrors — Carey refuses to wear the same thing twice. It was said in the context of how Cannon lacked in closet space due to all of the clothes his now ex-wife bought in order to make sure her every look was a different look, but it forgot to take into consideration the severe pressure and unnecessary judgment that women face around the subject of recycling clothes. If wearing the same outfit twice makes you lazy and worthy of headlines, but refusing to wear the same outfit twice makes you a diva, then how are women supposed to win? Stefanovic highlighted the issue with his social experiment and now it's up to the rest of the world to take note of the lesson to fix this bit of sexism. I mean, if the Duchess of Cambridge wants to wear the same dress more than once, then I think we should let her do so without commentary, don't you?