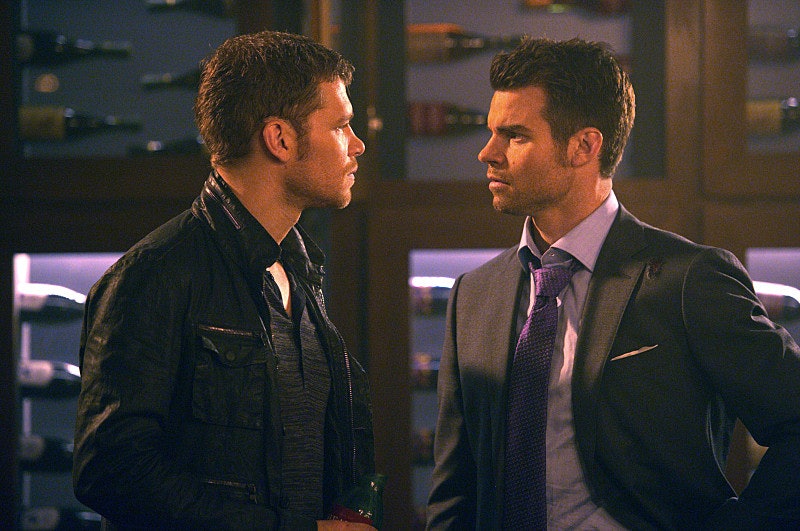 There comes a time in every child's life when they think their parents are the root of all evil. In case of The Originals ' Mikaelson family, however, this just so happens to be true. I'm serious, you guys. Klaus and Elijah's parents Mikael and Esther Mikaelson are the worst parents EVER. So much so that it actually makes me want to go back in time and ground myself for ever complaining about all the trivial things I used to blame my parents for (like my curfew or why we couldn't have two separate phone lines). I had no idea how lucky I had it in comparison to what these poor, devilishly handsome vamps had to put up with.

Not only would Freud have an absolute field day with this family, but they'd also certainly make for pretty compelling guests on The Jerry Springer Show. But instead of throwing chairs, they'd be throwing white oak stakes at each other. Good times! (Don't act like you wouldn't tune in to watch because I know better.) So in honor of all their trials and tribulations, I thought we should reflect on everything the Mikaelson siblings have been through at the hands of Original mommy and daddy dearest, proving how they really did get the shorter end of the parental stick.

When They Tried To Kill Their Children

Call me crazy, but I believe it's generally frowned upon for parents to try and murder their children. I mean, I'm not a parent, so I can't say for sure, but I know that if my parents ever tried to end my life I wouldn't be totally psyched about it. In fact, I'd find it downright rude. These two need to find different hobbies in my opinion.

When They've Used Their Words As Weapons

They may be the most powerful vampires in the world, but that doesn't mean they're immune to verbal abuse — a technique Mikael has pretty much excelled in ever since Day 1, especially in regards to Klaus who is not technically his son. And boy did he let him know it.

When Mikael Tried To Kill Hayley

Did I mention that she was pregnant at the time with Klaus' baby? Yeah, that's pretty messed up, right? Remember that next time you find yourself complaining about your in-laws.

I mean, the least he could do would be to try and act a little relieved that he didn't succeed in murdering his child, who he's known all of his life. No? OK, cool. Whatever. To each his own, I guess.

When Esther Linked Her Children's Blood So If One Dies, They All Do

Sure, it proves to be quite the time-saver, but this was a cold and calculating move even for the undead.

When Esther Chained Elijah Up

Don't get me wrong, I love a little Elijah heaveage as much as the next girl, but to see Elijah all chained up like that while Esther messes with his mind is downright heartbreaking. I hope he sends her the drying cleaning bill.

It really doesn't get any worse than that. Granted, we recently learned that Esther was only doing this to help save Hope from the wrath of her sister, who is apparently way more evil. But still. There had to be a better option out there than murder. And the worst grandmother award goes to…

So give your parents an extra hug when you see them over Thanksgiving. Because no matter how bad things can get, just remember — they could always be worse.