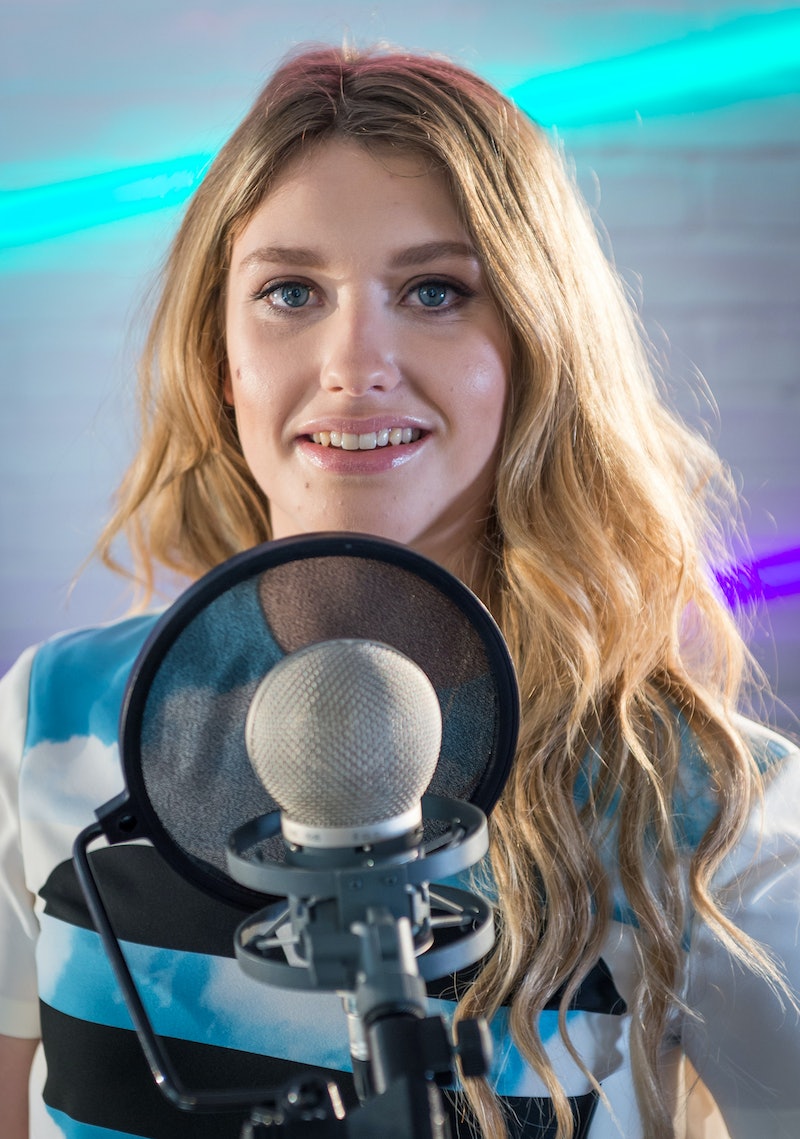 During Tuesday's live episode of The Voice, the 12 remaining contestants will get a chance to see what their futures could look like just a few weeks down the line. Marking the first guest artist performance of the season, Ella Henderson will perform on The Voice to show the singers how it's done. They should pay close attention because, like them, Henderson got her start on a reality singing competition, and now she has two hit singles, with another on the way. Pretty cool for a girl who just graduated high school.

It was not announced which song Henderson plans to perform but, considering that she is set to release her third single, "Yours," at the end of the month, it's possible that Voice fans could be treated to a live rendition of that track. Or, we could be hearing "Ghost," her most popular single—which went all the way to number one in Henderson's native UK. But no matter which song the pop vocalist chooses, there's no doubt her performance will be beautiful. Henderson has a sultry, emotive voice, and her compelling mix of sass and a darker edge instantly draws you in. Here's her video for "Ghost," off her debut album, Chapter One. Take notes, Voice hopefuls!

So besides knowing how to deliver a killer hook (and rock a red dress while super casually walking down the road in the middle of a police chase), what else is there to know about this talented singer?

She Was Also a Reality Contestant

At just 16 years old, Henderson earned a spot on The X Factor U.K. She wowed the judges by auditioning with a song she'd written herself, and she went all the way to the top six before being eliminated. But after she left the competition, Simon Cowell himself was so impressed that he signed her to his own record label, Syco. Possibly even cooler than that, the queen of British soul, Adele, announced her love for Henderson's beautiful voice:

She's Worked with the Best

That's Ryan Tedder, the OneRepublic frontman and also one of the most successful songwriters currently working. This guy penned "Halo" for Beyoncé, "Already Gone" for Kelly Clarkson, "Bleeding Love" for Leona Lewis, and... "I Just Had Sex" with the Lonely Island for Saturday Night Live. With a resume like that, Tedder could work with pretty much anyone. So it's a very good sign he chose to collaborate with Henderson on "Ghost." Now I know why I can't get that song out of my head.

Yeah, you read that right. Henderson is barely out of 12th grade, and she already has a huge career (and her success is only going to grow). She's the same age as Jessie Pitts, and just two years older than the youngest Voice contestant, Reagan James. Maybe after the show concludes we'll be hearing one of those two on the radio as well.