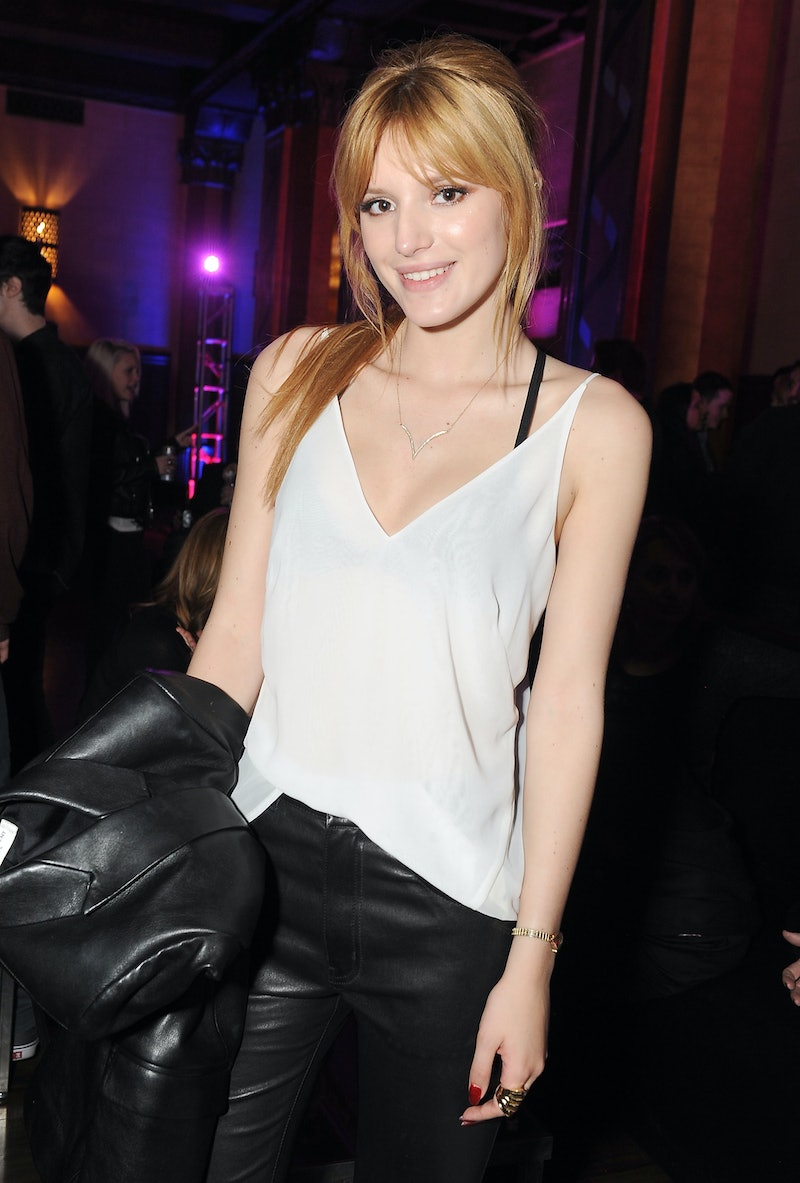 Fantastic news: Bella Thorne's new song, "One More Night" is a must-have for your getting-ready-to-go-out playlist (so you can go ahead and retire "I Gotta Feeling" now). Thorne, who's only 17 years old, got her start on the Disney Channel sitcom Shake It Up in 2010. "Call It Whatever," her official debut single, was released in May. It's a lot of fun! Silly, but fun. In September, she put out another song called "Bad Case of U." It's also a lot of fun (are you starting to see a trend here?). "One More Night," which premiered on Monday as a part of Thorne's new Jersey EP, just might be the teenage singer's best track yet: it's got a thumping beat, a killer hook, and it's super easy to sing along with. What more could you ask for when you're getting ready for a night on the town?

According to Idolator, "One More Night" was co-written by up-and-coming pop artist Bebe Rexha ("I Can't Stop Drinking About You"). Appropriately, the chorus is where all of the song's dance-pop magic goes down:

We go until we drop

We make it stupid hot

Show them show them what we go

I mean, yes, you've definitely heard songs like "One More Night" before — songs about seizing the moment and dancing all night long (slightly off-topic: does anybody actually do that?) — but its energy is infectious. The track hardly breaks the mold, but if you're a pop music fan, you'll be hard pressed to keep a smile off of your face while listening to it. Once again, Thorne seems to be channeling the youthful irreverence that made Kesha so irresistible at the beginning of her career (though she's wisely keeping her lyrics in the PG to PG-13 range, which makes sense given her young fan base).

"One More Night" and the Jersey EP are available on iTunes now. In a surprising move, Thorne actually uploaded all of the songs on the EP (except for the title track) to her YouTube account, so you can check out her new music there, as well.