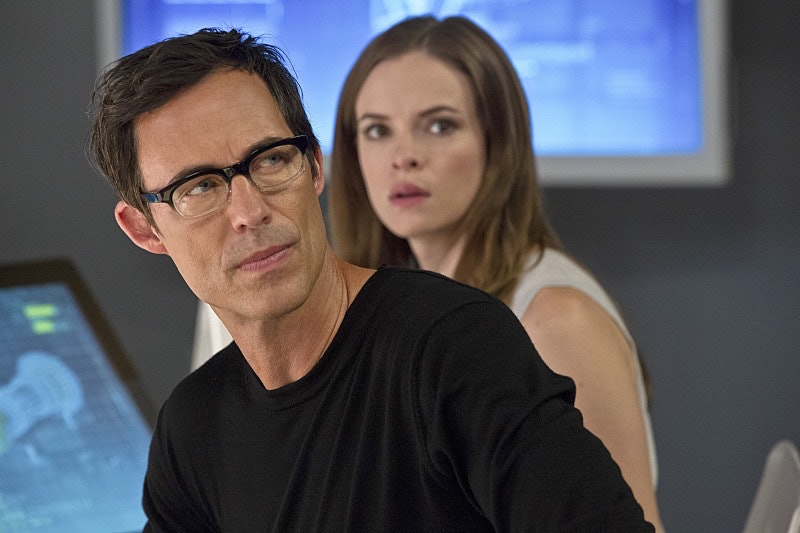 As much mystery as there is shrouded around Harrison Wells on The Flash, we have actually learned very little about his personal life until tonight, when we found out that Harrison has a late wife named Tess Morgan. Like Wells himself, Tess appears to be an original character from outside the DC comic universe (at least for now) and the mere mention of her makes me think that this is probably far from the last we will hear from her. In fact, the timing of her death and the death of Barry's mom on the show doesn't ease my mind that Harrison wasn't involved -- if anything, it puts Tess Morgan as a possible suspect in Nora Allen's death.

It isn't entirely improbable to think that she might have been a metahuman before the modern metahumans, especially given the vague details surrounding her death. "Car accident" in superhero shows, I've noticed, is usually some kind of code for sinister happening that either grants super powers or creates super villains. And if she and Harrison really were research partners who specialized in the kind of technology that did this to people, I wouldn't be surprised if she ended up affected. It would totally explain why Harrison knew that Barry would become The Flash when the particle accelerator storm hit him, if it was a phenomenon he has already witnessed before.

In any case, it will be interesting to see if she is brought back up again or makes an appearance, particularly because this is one of the few personal details we have to make any assumptions about Harrison's character. Her mere existence fourteen years ago already shifts a few fan theories about Harrison being a time traveler, because now we know if he is then he has been waiting for all of this to happen for a ridiculously long time. Hopefully we won't be waiting quite as long as he has to find out the truth of what happened to Tess.