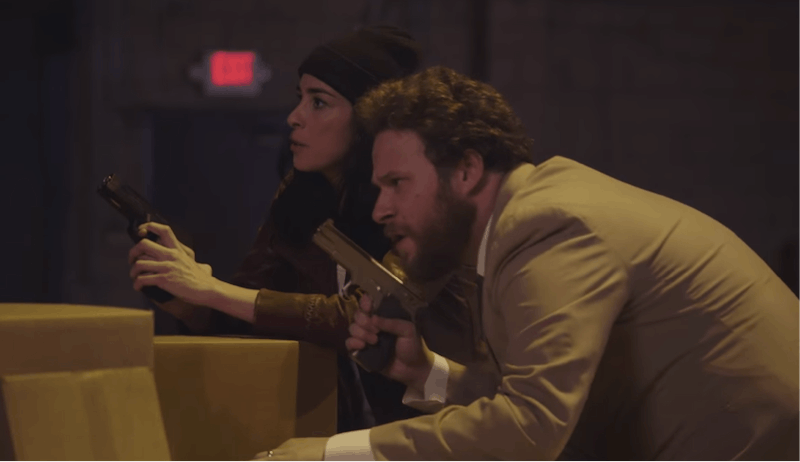 This sketch is the first one that has been released to the public (it is five dollars for a subscription to the show), but if this is any indication of what kind of comedy this show will feature, then please sign me up. I cannot emphasize how gross or totally random this short is. Like, I'm telling you right now, but I'm not really telling you, because even if I said outrageous things like "romantic dog poop" and "Seth Rogan has a secret second dick," it wouldn't really mean anything until you experienced for yourself. With headphones on, just to be safe.

I'm still trying to determine what exactly it was that humanity did to deserve Sarah Silverman, who also recently brought us to our knees with her hilarious and poignant sketch on the gender wage gap and then totally nailed her epic Saturday Night Live monologue as a first-time host. I can promise you that neither of those things even slightly chart on the shock factor scale compared to this Rubberhead sketch. The show will air weekly and feature works by other comedic partners like Michael Cera, Reggie Watts, and team Tim Heidecker and Eric Wareheim. Get a glimpse of the sketch here, and please remember that YOU WERE WARNED:

More like this
Ryan Reynolds’ Mom Hilariously Tests His Patience In A Mother’s Day Video
By Brad Witter
The Music Industry Continues To Fail Black Women
By Precious Adesina
Sandra Bullock, Girlboss Extraordinaire
By Matt Harkins & Viviana Olen
Spice Girls’ Net Worth: The Richest Member Is Wealthier Than The Rest Combined
By Hugh McIntyre
Get Even More From Bustle — Sign Up For The Newsletter