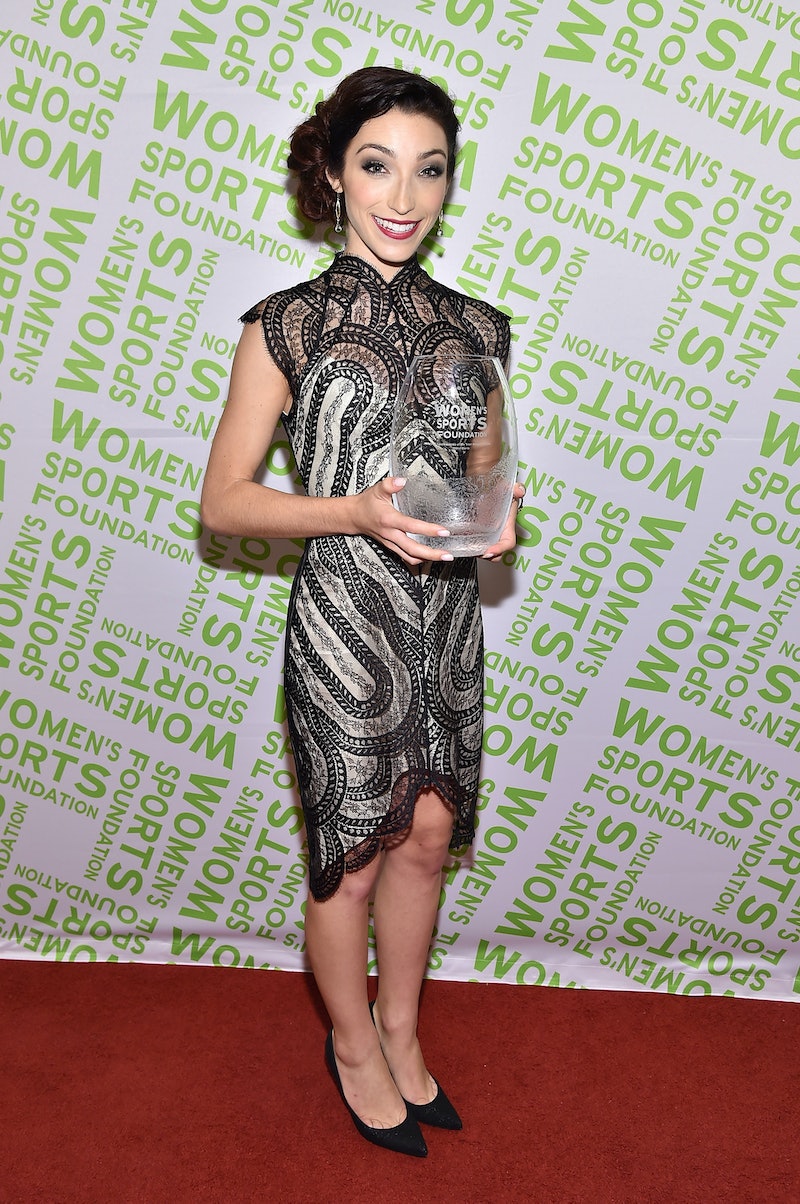 If you're an avid Dancing with the Stars fan, you're probably also a fan of on-screen romances between the contestants. It just seems so perfect when the stars and dancers fall in love, right? This season, everyone's talking about Pretty Little Liars star Janel Parrish's supposed romance with her dance partner Val Chmerkovskiy. Well, this isn't the first time something like this has happened. (Of course, you already know this if you're a big DWTS fan!) I'm talking about Meryl Davis and Maksim Chmerkovskiy, who won last season's show. As previously announced, they're reuniting to perform in Sway: A Dance Trilogy . But this doesn't mean they're dating, right? If you're wondering if Meryl Davis has been dating anyone since her DWTS says, you're in luck. That's exactly what I decided to investigate.

In an interview with People in October, Chmerkovskiy confirmed that he and Davis are not dating, yet that doesn't mean they're not important parts of each other's lives. He explained:

We aren’t dating, and I don’t think we will. She is very special. I care very deeply for Meryl. Our friendship is where it will be for many years. She is awesome to spend time with.

He also shared that they help balance each other out, saying, "She is so soothing of a personality. For me to go 0 to 100, I take very long, but once you get me going it's impossible to stop. So, with Meryl, she totally balances me out." Well, that's a great quality, even if they are just friends.

Besides Maks, there's another male who plays a big role in Davis' life — but not as a boyfriend. Her Olympics ice skating partner, Charlie White. There's nothing romantic between them (White is engaged!), but they spend a ton of time together and always seem to be attending events together. In April, she was asked if there was a romance there, and said:

This all makes so much sense. A friendship and trust is important, regardless of the romance aspect. It's great to see she has two males in her life she can depend on, no matter what.

Plus, it seems like she's perfectly content on her own. In October, Davis won the title of Women's Sports Foundation's Sportswoman of the Year for the team sport category. Reflecting on the win and year she's had, she said:

I'm really passionate about living life to the fullest. I've always had goals and dreams beyond the skating world as well. All of this year has made me excited about what else was out there, and want to continue to grow and learn and develop as a person.

While this doesn't necessarily speak to dating, I think it proves she's happy doing her own thing and working on personal growth — whether she has a boyfriend or not!

More like this
Is Nathan Fielder Dating Anyone? What 'The Rehearsal' Star Has Said About His Relationships
By Grace Wehniainen
Laura Tott From 'First Dates' Married Her Long-Term Mystery Boyfriend
By Darshita Goyal
Kim Kardashian & Pete Davidson’s Relationship Timeline From Start To Finish
By Jordyn Tilchen and Bustle Editors
'Selling Sunset's Jason Oppenheim Has A New Model Girlfriend
By Alyssa Lapid and El Hunt
Get Even More From Bustle — Sign Up For The Newsletter