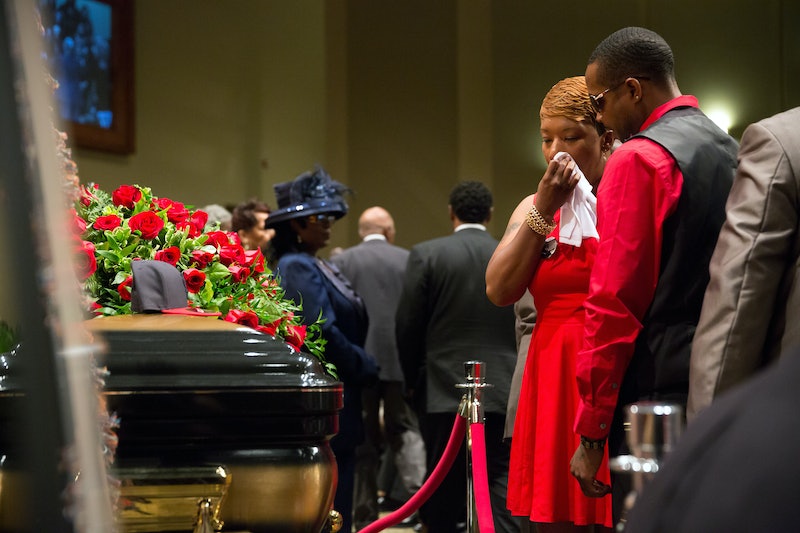 The city of Ferguson, MO was rocked on August 9 when 18-year-old Michael Brown was shot six times and killed by officer Darren Wilson. Tonight the Grand Jury released its verdict on the case and Darren Wilson will not be indicted with criminal charges. The indictment of Darren Wilson could have led to a criminal trial that could have ended in a life sentence for Wilson. On that fateful night in August, Wilson, an armed police officer shot and killed an unarmed young African American man in a "confrontation." Since Brown's death, Ferguson has been overwhelmed by protests — both in support of Brown (many of which focus on the racially-charged circumstances of the shooting) as well as in defense of Wilson.

Prior to the Grand Jury's decision, Michael Brown's father reached out and asked Ferguson to remain peaceful. In a heartbreaking video, Michael Brown Sr. pleas: "My family and I are hurting; our whole region is hurting… But hurting others or destroying property is not the answer. No matter what the grand jury decides, I do not want my son’s death to be in vain. I want it to lead to incredible change, positive change that makes the St. Louis region better for everyone."

The Grand Jury's decision will forever alter the way Ferguson and all of St. Louis are able to heal. The entire ordeal — from the tragic death of a young man to a city in upheaval to Wilson's release —has caused the entire world to speak up and pay attention. Here's how the entertainment industry as responded to the news from outrage to sadness:

More like this
What Is Happening With Sheku Bayoh’s Case?
By Sophie McEvoy
The Most Powerful Photos From The Weekend’s Abortion Rights Protests
By Melanie Mignucci
'Line Of Duty's Writer Just Dropped A Bombshell About Steve & Kate
By Catharina Cheung
Rylan Clark Is Ready To Party
By Sam Ramsden
Get Even More From Bustle — Sign Up For The Newsletter