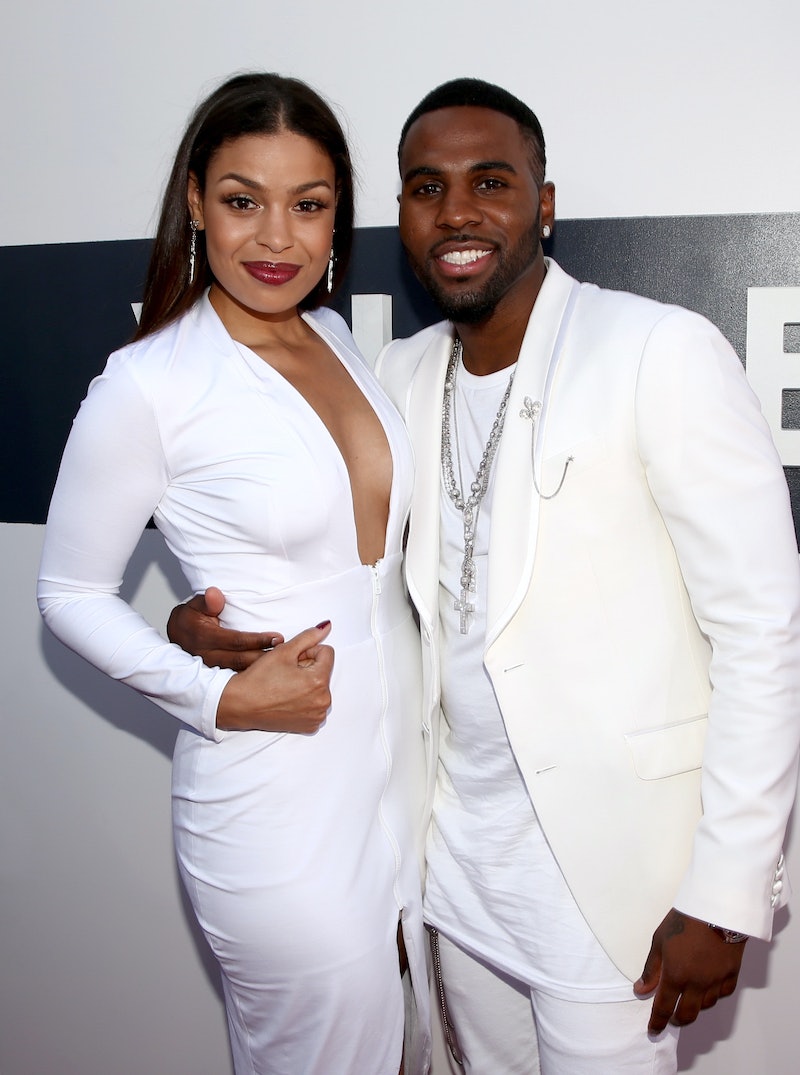 While until now it hasn't been totally clear why Jordin Sparks and Jason Derulo ended their three-year relationship two months ago, it looks like we might finally have Sparks' side of the story — in the rawest form possible. In a new remix of Drake's song "How About Now," Jordin Sparks calls out Jason Derulo and their break up, citing various relationship problems that led to their relationship's demise. It's definitely a different side of the singer than we've seen before, and, despite still being pretty sad that Sparks and Derulo are no longer together after so long, I've gotta say: Releasing this song was pretty boss.

In the remix, which appears on Sparks' mixtape #BYEFELICIA, Sparks goes in on Derulo, even mentioning how the couple dealed with a neck injury he suffered back in 2012: "Remember I deleted all my other guys' numbers out my phone for ya? / Remember when you broke your neck and I had to wash your back for ya? You probably don't remember half of the s--t that I did for ya." Ouch. That's gotta burn, Derulo.

Sparks also mentions the end of their relationship, even more harshly: "Can’t believe all the things you started saying / Like I’m with you for your fame and your name." Considering how Derulo acted after their split went public — aka, going on Ryan Seacrest's radio show and talking all about how they're no longer on good terms — I can't say Sparks was out of line by blatantly calling out Derulo in this remix.

You can check out the remix below. #BYEFELICIA is available to listen in full right here.

More like this
Who Is Betty Who Dating? The Australian Singer Is Married To Her Tour Photographer
By Radhika Menon
Julie Andrews Revealed A Surprising Behind-The-Scenes 'Bridgerton' Detail
By Grace Wehniainen
You Might Want To Rewatch 'Elvis' For This Britney Spears Easter Egg
By Grace Wehniainen
Sadie Sink Would Escape Vecna From 'Stranger Things' With This Taylor Swift Song
By Grace Wehniainen
Get Even More From Bustle — Sign Up For The Newsletter