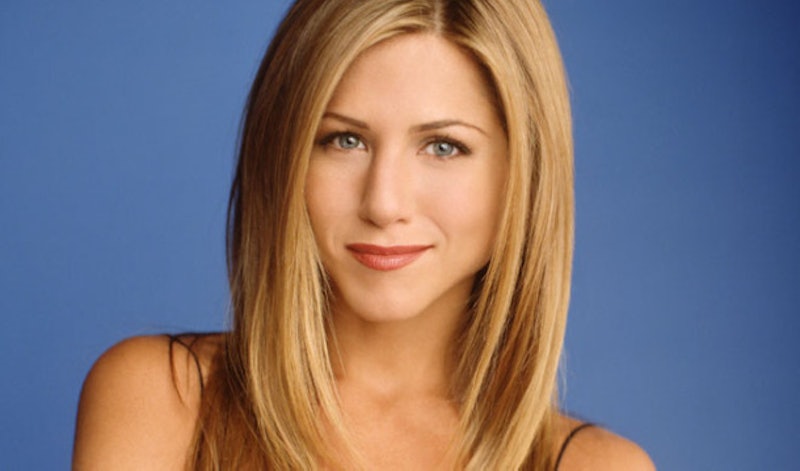 Jennifer Aniston was, is, and will forever be known for playing Rachel Green on Friends . As one of the beloved characters of the comedy, Rachel quickly became known for her style, her love of fashion, leaving Barry at the altar, making that Thanksgiving trifle, working at Central Perk, having a baby, and finding her soul mate in Ross, among many other character elements. One thing fans probably don't think about is how often she made someone cry. Yes, she cried a lot herself, especially when Treeger, the building superintendent, yelled at her for stuffing pizza boxes down the garbage chute, or during that more serious, heartbreaking moment when she and Ross went on a break. Ugh. That was so devastating that I think every fan shed some tears. I still can't watch that episode.

Moving on, just as often as she cried, Rachel also made others release the waterworks. Whether they were tears of joy, anger, or sadness, Rachel made a lot of people reach for the tissues. From Ross to Monica to Jon Lovitz's character to Elizabeth's dad, so many people had tears streaming down their faces thanks to Rachel. With that said, here are just a few times Rachel Karen Green made characters on the hit NBC comedy cry.

When She Told Joey About Beth's Fate in "Little Women"

When She Wouldn't Sleep with Steve aka Jon Lovitz

After She Left Ross & Got on the Plane

When Chandler Moved In With Monica

When She Shouldn't Have Woken Up Emma

Every time she broke Gunther's heart

OK, maybe we didn't see Guther crying into a latte every time, but we know it happened.

When She Wanted Paul to Open Up

When She Gave Her "Final" Au Revoir

Hey, Rachel, you're kind of a real tear jerk(er).

More like this
'Friends' Creator Marta Kauffman Opened Up About Misgendering A Guest Character
By Grace Wehniainen
“The Door Is Always Open” For Another 'Breaking Bad' Spin-Off, Says AMC Boss
By El Hunt
S Club 7’s Jon Lee Continues To Reach For The Stars
By Rachel Mantock
The 'Hocus Pocus' Sequel Finally Has A Release Date & It Makes Total Sense
By Shannon Barbour and Radhika Menon
Get Even More From Bustle — Sign Up For The Newsletter