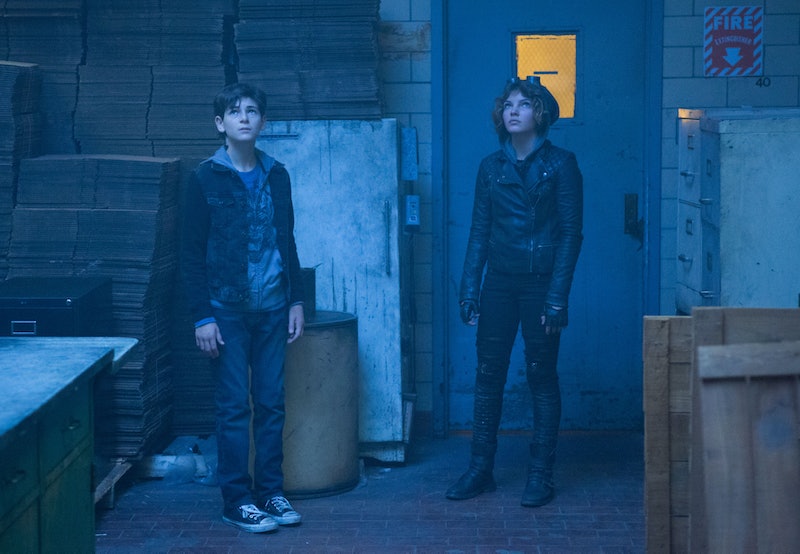 Not much is cuter than the puppy love between Batman and Catwoman on Gotham. Selina "Cat" Kyle finally got the kiss that she'd been angling for since she met Master Wayne, while Bruce is over here saying, "crush? What's a crush? I don't want to crush anybody... except my enemies." The prim and proper heir to the Wayne estate does not know the first thing about girls — nor should he, he's a child. Then again, Bruce and Selina have a history in both the Batman films and DC Comics. So should we go all Ron and Hermione and start shipping these little vigilantes-in-training? They seem to be heading down that path.

However, in all of the Batman comics, Bruce Wayne doesn't tend to stay with one girlfriend from childhood— the Batman has dozens of lovers in the DC Universe. He has dated bodyguards, hitwomen, and girls with names like Silver St. Cloud. Some of them, Cat included, have shown up on Gotham and others have the potential to at any moment. Pretty much the only person not on this list is Felicity Smoak — which should surprise you. Arrow jokes aside, who will Bruce Wayne end up with on the Fox series? Let's run through the list and see who stands out.

You know Rachel Dawes from the Dark Knight trilogy by Christopher Nolan. She was played by Katie Holmes and Maggie Gyllenhaal. However, her comic counterpart is most likely Rachel Caspian.

Bruce's love in the earlier comics and the film Batman and Robin, Julie is a wealthy actress and socialite. She could easily show up if Bruce ever decides to return to private school.

A nurse who dated Bruce for a while — though unless Arkham Asylum is hiring candy stripers, I doubt we'll see Linda any time soon on Gotham.

A reporter like Lois Lane, or Iris on Arrow. And speaking of Lois, Bruce Wayne also took her out on the town once in the comics, just to anger Clark Kent.

We've met her half-sister Nyssa Al Ghul on Arrow (seen above), however the daughter of R'as Al Ghul was most famously played by Marian Cotillard in the Dark Knight Rises. In the comics, Batman and Talia have a lengthy relationship, as was hinted at in the film.

Doesn't this kind of make you wish that Bruce Wayne were old enough to merit an Arrow/Gotham crossover? Especially since there are/were two Canaries on the CW show.

Who becomes Poison Ivy and has been presumably named Ivy Pepper on the Fox series. Could we be teasing a love triangle for young Master Bruce? Ivy Pepper's latest appearance on Gotham was super creepy. Even Selina was scared of the little girl. However, Poison Ivy and Bruce Wayne have a history in the comics. I would keep my eye on this child.

This girl, also known as Nocturna, was adopted by Jason Todd, who becomes the second Robin and also Nightwing. That connection to the Wayne murder and Robin makes her a likely candidate for a Gotham appearance.

The daughter of Alfred. I love this as a concept. Considering how much this show has been focusing on the butler, I would not be surprised if Julia made an appearance on Gotham.

Also known as Wonder Woman. The CW canceled their plans for a Wonder Woman series, though Gal Gadot will play the superheroine in Batman Versus Superman. Could we see a little Diana on Gotham? It would be nice to introduce more heroes instead of villains to the bleak series.

Her comic history mentions meeting Bruce when he was a child and his parents had just been killed. That alone makes me think there's a good chance of seeing her on Gotham.

A superhero who has known Bruce since they were children and can do magic. The character also appeared on the series Smallville and tried to seduce Clark. What a tangled web these supers weave!