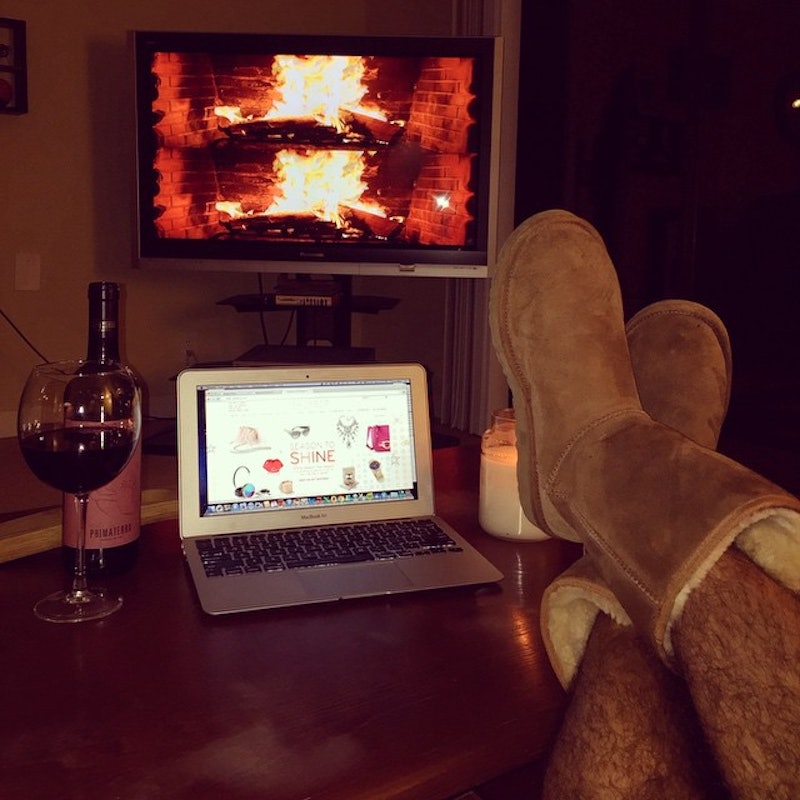 While some of our inner basic is already freaking out over the holiday season, it's easy to forget that we're still in mid-autumn, aka, the most basic season of them all. It is a season so cozy, so delicious, so perfectly primed with good Netflix options and dead leaves in the background of selfies, that none of us can resist the allure of becoming as basic as basic gets, not even the men of the Bros Being Basic account on Instagram. That's right: Being "basic" is so indisputably awesome that it has officially transcended gender boundaries to create an Instagram parody for the masses. (And yes, I maintain that this account was, in fact, created because Basic Life is awesome and these bros just needed an excuse to indulge. It's okay, guys. We'll all indulge in your game of pretending that you're only doing this to mock us. We know you luuuurve it, as you should.)

The fledgling account, which has already gained nearly 50,000 followers in the few days since its creation, features men watching chick flicks, taking pictures of their feet, and littering cliché hashtags with an enthusiasm that shows no regard for humanity. I should warn you before you dare venture that, despite the complete awareness that this is meant to poke fun at basics, you will inevitably leave Instagram with a hankering for red wine and the urge to paint Santa onto your fattest toenail.

The best part is that they're taking submissions (brosbeingbasic@gmail.com), so fellow basic bros out there, this looks like your time to shine. In fact, I throw down a challenge to all the men of the internet: can you be more basic than Harry Styles? Do you have the filter prowess, the hashtag savvy, and the complete and utter lack of shame required to get on the level of basic that these bros have already met? If you think you have what it takes then sit back and learn from the most seasoned Basic Bros of them all: