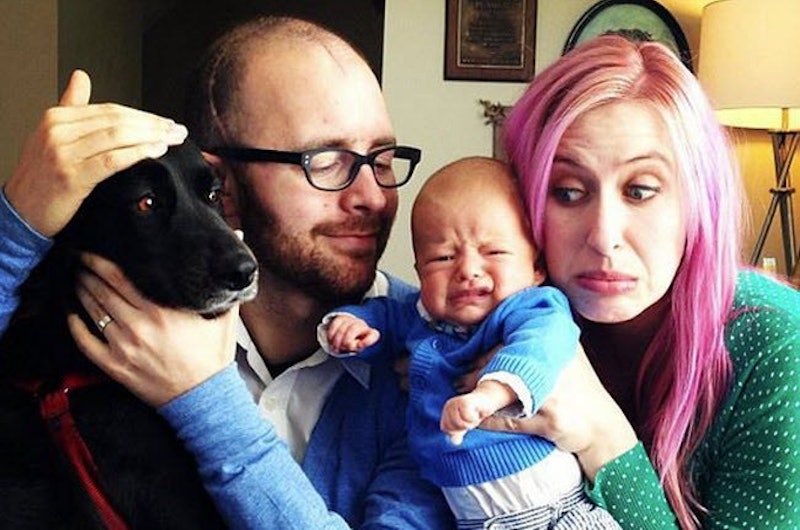 I think we'd all by lying if we hadn't thought at least once about what kind of assumptions people would make about us based on our Facebook page or Twitter feed, which will theoretically remain immortalized long after we die. We all have some kind of desire to leave a legacy behind, even if we never talk about it. But instead of leaving it up to chance, you could just take matters into your own hands. One guy did exactly that: Aaron Purmort wrote his own obituary, which was published in the Minneapolis Star Tribune after he lost a long battle with cancer on November 25.

The obituary chronicles his adventures as Spider-Man, his flair for cardigans, and his "first wife" Gwen Stefani, as well as gives insight to the real-life hero he already was. Anyone who didn't have the opportunity to know him will read this hilarious and insightful obituary and wish that they had:

Purmort, Aaron Joseph age 35, died peacefully at home on November 25 after complications from a radioactive spider bite that led to years of crime-fighting and a years long battle with a nefarious criminal named Cancer, who has plagued our society for far too long. Civilians will recognize him best as Spider-Man, and thank him for his many years of service protecting our city. His family knew him only as a kind and mild-mannered Art Director, a designer of websites and t-shirts, and concert posters who always had the right cardigan and the right thing to say (even if it was wildly inappropriate). Aaron was known for his long, entertaining stories, which he loved to repeat often. In high school, he was in the band The Asparagus Children, which reached critical acclaim in the northern suburbs. As an adult, he graduated from the College of Visual Arts (which also died an untimely death recently) and worked in several agencies around Minneapolis, settling in as an Interactive Associate Creative Director at Colle + McVoy. Aaron was a comic book aficionado, a pop-culture encyclopedia and always the most fun person at any party. He is survived by his parents Bill and Kim Kuhlmeyer, father Mark Purmort (Patricia, Autumn, Aly), sisters Erika and Nicole, first wife Gwen Stefani, current wife Nora and their son Ralph, who will grow up to avenge his father's untimely death.

When you think about it, if you have the opportunity to write your own obituary, it just makes sense: You're sparing your loved ones the anxiety of capturing your nuances while still feeling like they have written something appropriately serious for the public. By setting the tone yourself and deciding how you want to be remembered, you know that nobody will agonize over writing it for days the way they would otherwise. That, and hopefully you can leave your family and friends with a smile that might ease some of the pain of their loss.

Purmort managed to turn something that is usually a source of sorrow into a celebration of life, and I can't think of a better way to be remembered than that.