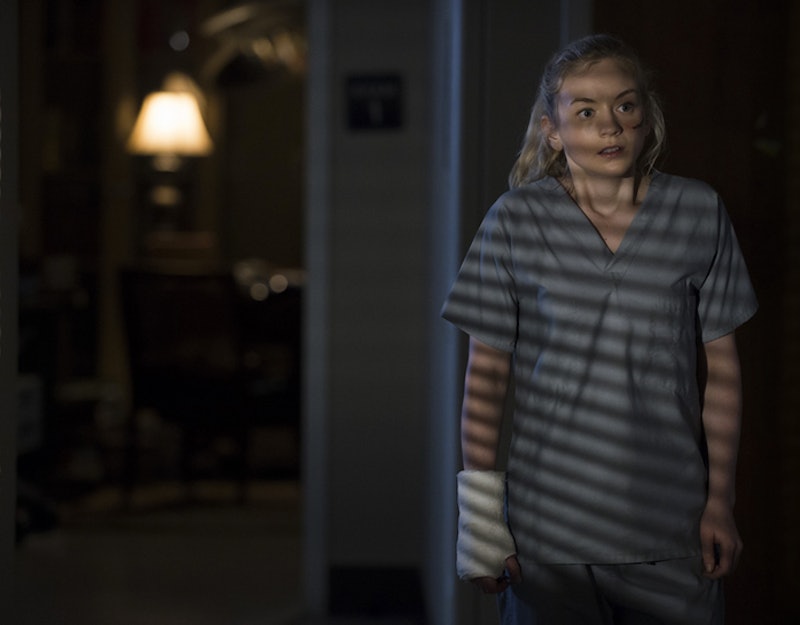 To quote longtime Walking Dead character Beth Greene in a previous episode of the zombie drama, "When you care about people, hurt is kind of part of the package." Well, loyal TWD fans have never felt that sentiment more than at the end of tonight's mid-season finale, which sadly saw the ultimate rise and fall of Beth. That's right, The Walking Dead's Beth Greene is dead. Grab a box of tissues (or 10), because this was a rough one.

We met timid, farm-girl Beth in Season 2, and although she could be a god awful, annoying wet blanket sometimes (come on – I know I’m not alone on that one), she was far and away the most kindhearted character on the show. Even the most staunch anti-Beth audience member has to agree that at the very least, she kept Judith from crying during most of Season 3, and for that we majorly owe her.

Soon after that, however, the show saw Beth slowly but surely become a brave, hardened, street savvy apocalypse survivor, much of it thanks to her sweet relationship with Daryl. While her character development was awesome (and much needed), it definitely made her death that much worse to stomach. At this point Beth really could have been an asset to Rick’s group, way beyond singing lullabies and being on diaper duty.

Unfortunately, Season 5 pretty much spelled disaster for Beth from the get-go, and we all knew the tension between her and Grady Memorial Hospital's shady Officer Dawn was going to end badly. It came to a head in this episode when a prisoner trade between Rick's group of survivors and the police officers at the hospital went very, very sour. Beth attempted to take down Dawn once and for all with a pair of scissors, but unfortunately the cop's gun went off and Beth died immediately due to a shot through the head.

Seeing the tears on Daryl's face, or Maggie's howls when she saw Beth's lifeless body being carried out of the hospital were the epitome of gut wrenching. The feels, as the kids say, were real, and as much as it makes me want to sob into my pillow from now until eternity, I think it's only fitting that Beth went down fighting, and that Dawn got what was coming to her.