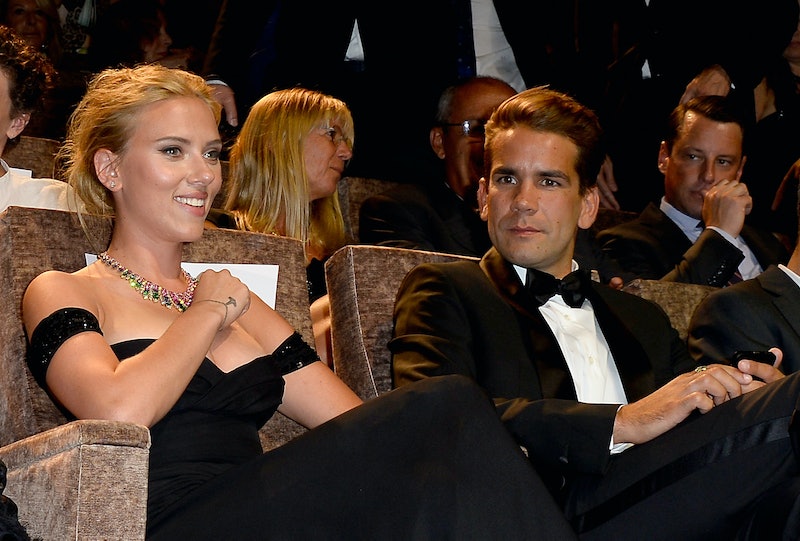 We probably shouldn't have expected much better from an intelligence operative and espionage expert like Natasha Romanoff a.k.a. the Black Widow. Sorry, what do you mean Scarlett Johansson isn't the Black Widow in real life? This is all the proof you need. Rumors began to fly on Monday that Johansson had married Romain Dauriac in a secret wedding similar to the one that she had with first husband Ryan Reynolds back in 2008. But exactly when did Johansson and Dauriac get married? Turns out the couple managed to keep us all in the dark for two months. Two months! What is with celebrities and not telling us every details of their lives?

But I'm getting ahead of myself here. It was Page Six that originally reported that the pair had enjoyed a secret wedding after the birth of their daughter in September. However, People went the extra mile and confirmed with the Granite County Clerk that this is actually a thing that happened. If you, like me, aren't just satisfied to know that this story is true and instead feel compelled to learn as much as possible about the secret nuptials, you can find the lowdown on the ceremony below.

When did the wedding happen?

According to People, Johansson and Dauriac were married on October 1, 2014. That's right, they managed to keep this a secret from us for an entire two months — though there were rumors that a ceremony was forthcoming as far back as September.

Where did the wedding happen?

The wedding took place in a secret location in Philipsburg, Montana, against speculation that Johansson and Dauriac planned to marry in his native city of Paris.

I have no idea, honestly, but I assume it's a place that is special to the couple in some way. Or maybe it's just the last place they thought any paparazzi would look for them. Maybe now that everyone knows she's married, we can get Johansson to open up on the significance of Philipsburg.

At present, my best guess is that the ceremony was a private exchange of vows that only involved Johansson and Dauriac. However, the original Page Six report stated that, "Scarlett and Romain were married in a very intimate ceremony after the birth of their daughter. They kept the wedding a big secret because they both wanted privacy." I presume that at least their source was actually there (as a witness, perhaps), but who knows really?

Will there be another ceremony?

While Johansson has yet to confirm the story herself, she was seen earlier this month wearing a wedding band at a fundraiser and, according to Page Six, introduced Dauriac at the Gotham Awards on Monday as "her husband." Since the cat is out of the bag, there's still a chance the pair might have that beautiful Paris wedding after all. I'll keep my fingers crossed.