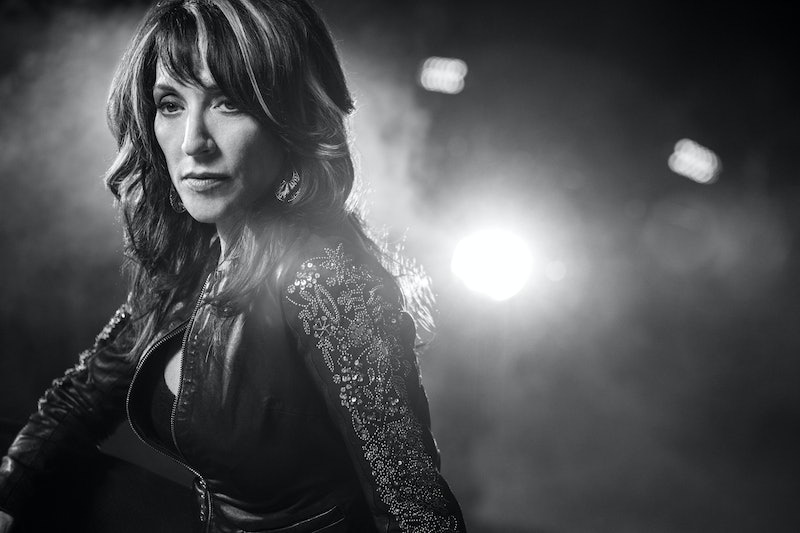 It really happened. This is not a vision or a nightmare: Jax killed Gemma on Sons of Anarchy . I was certain Jax would not kill his mother after "Suits of Woe," but having that reversed and seeing a bullet go through Gemma's head while she peruses a garden of white flowers is a very SoA move, so I guess I should have seen it coming.

And as painful as it was to see Gemma lying there in a pool of blood, there's something almost respectful about serving up this gruesome ending. As I've mentioned countless times before, Sons of Anarchy is a loose version of Hamlet, which means that anyone important to the heart of the story must die. If Gemma has lived out her days as a granny on the run, or rotted in prison like Unser says he plans to have her do, it just wouldn't be a very Gemma conclusion for the former old lady.

Gemma is a badass. She's a screwup. She's a renegade. Plus, she committed a huge, huge sin when she brutally killed Tara. Not having her die by series' end would ruin the integrity of the character and the actress bringing her to life. We've watched Katey Sagal go down a road of avoiding repentance all season long. She couldn't tell the truth; she thrust the club into a war that has cost hundreds of lives so far. If Gemma walked away from this, it just wouldn't be right.

And yes, Jax had to be the one to kill her. Nero couldn't do it — even with the truth coming out, he simply loves her too much. It wouldn't make real emotional sense. Unser couldn't do it; he's the closest thing this series has to a faithful hound. Gemma couldn't do it to herself, because it wouldn't ring true of the character: Would Gemma really spend all season running so hard, she brings everyone else down just to take her own life? No way. That's not Gemma.

Jax had to pull the trigger because it's the ultimate punishment for a murderous mother and because Jax needed that final push off the ledge. If this is Hamlet, Jax is the Prince of Denmark, and the Prince of Denmark dies. Big time. I've heralded that Jax would die since the start of Season 7, but first Opie's death hardened him, then Tara's death broke him; now that he's killed his mother, Jax is just far gone enough to throw himself right into the fires of hell.