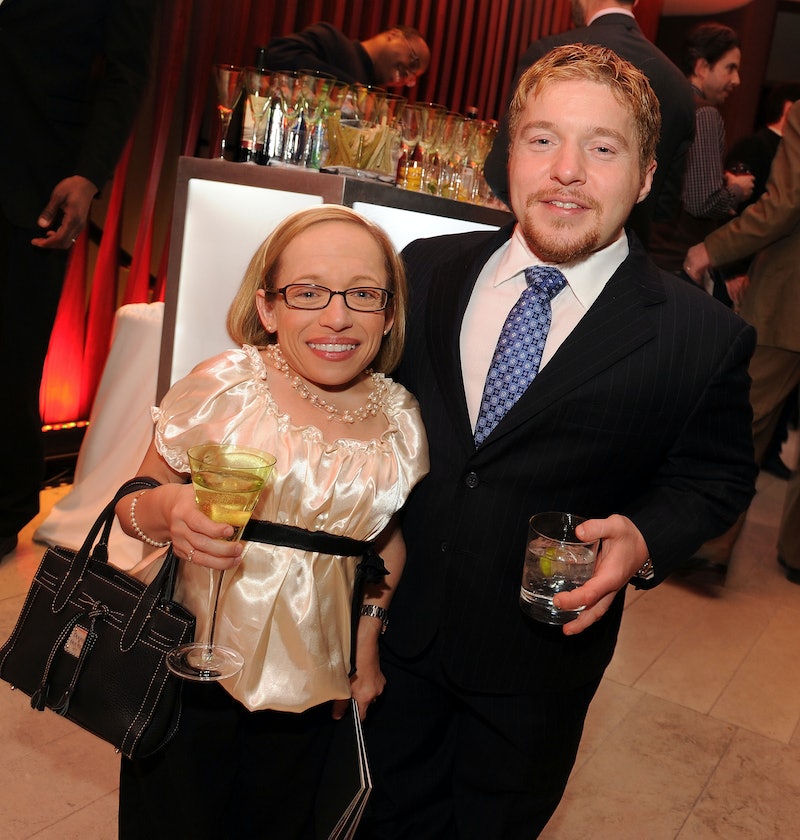 Bill Klein makes up half of the wonderful couple on TLC's The Little Couple. Now in Season 7, we've gotten to know Bill Klein and his wife Jen Arnold pretty well, but what type of dwarfism does Bill have? According to their website, "He stands at 4 feet and has a rare variation of a skeletal dysplasia called Spondyloepiphyseal Dysplasia (or SED) and has had more than 20 surgeries." But their website also beautifully articulates what makes this couple so unique — and it has nothing to do with their medical conditions.

Where they truly differentiate themselves from other people is in their ability to persevere through difficult times, triumph over adversity and all the while, find enthusiasm with every challenge that comes their way. And they do it together. A true power couple – that draw from each other to reach new heights in their careers and personal lives.

Anyone who has watched the show knows how completely true the above statement is. Bill and Jen are a true inspiration for any couple in how they support and care for each other. And they've only seemed to become stronger as they've faced more adversity. Whether it's medical issues, struggles to have children, or just the day-to-day stresses of being two people in a relationship, Bill and Jen have handled it with grace — and on national television!

As for Bill's condition, the Nemours Children's Health System states that there are many types of SED, including SED congenital and SED tarda — with SED-congenita being the most common. Jen herself has a type of SED (Spondyloepiphyseal Dysplasia Type Strudwick). There are certain physical features that are typical in people with SED, but there's much more to someone with this condition than their appearance — as both Bill and Jen have proven. What's more relevant is how this dwarfism affects Bill's life.

Although Jen's health scare has been at the forefront of the series (she was diagnosed with cancer, but she has been in remission since Feb. 2014), Bill now has his own health issues to battle. He's been having ongoing back issues for two years and we'll be seeing Bill take care of it now, so that it doesn't get worse and lead to him needing a wheelchair.

But all should be OK, since Bill live tweeted the Season 7 premiere and wrote, "It's not all drama and medical stuff this year."

In a blog post answering a question from a parent who has a son who is a little person, Bill gave the wise words of, "I think that, within reason, you have to let any child try and do whatever they can, whatever they want to do, and learn where their limitations are on their own rather than set limitations for them."

As their two children, Will and Zoey — who both have types of dwarfism — grow, we're sure to see Bill and Jen continue to be the fabulous parents that they are. And help continue to make a world where people are not judged or limited by their appearance. As The Little Couple has shown us, Bill is the perfect role model for that.

More like this
Kim Kardashian & Pete Davidson Reportedly Broke Up After Dating For 10 Months
By Grace Wehniainen
Molly-Mae Hague Has Secured Herself A Pretty Little Fortune
By El Hunt
Every Horror Movie Reference In The 'PLL: Original Sin' Premiere
By Alyssa Lapid
What's New On Netflix: A Third '365 Days' Movie & Lili Reinhart’s New Film
By Arya Roshanian
Get Even More From Bustle — Sign Up For The Newsletter