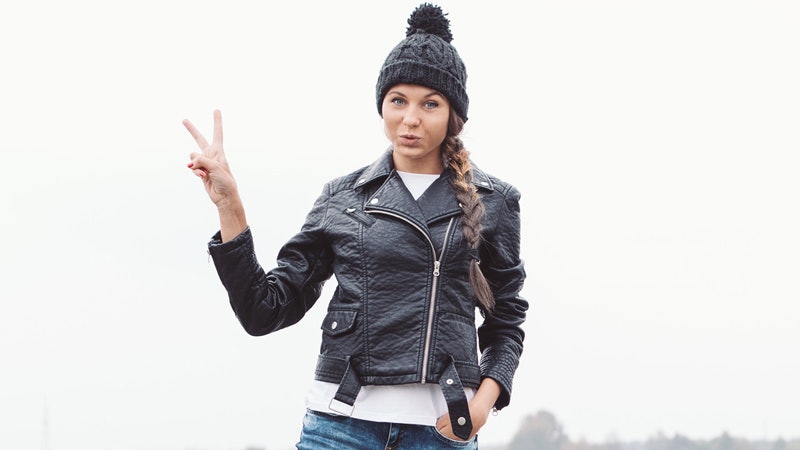 Being in a relationship during the holidays is vastly overrated. The idea of having someone special during this magical time of year has been commercially romanticized practically since the beginning of time (or at least since 1916, which is when Kay Jewelers opened their first store). I'm not really buying it. I would even argue that being single during Christmas is even better than being in a relationship because the holidays are already stressful enough. You already have to deal with family, presents, office parties, white elephant, making sure you get the perfect makeup gift set from Sephora before they sell out...basically, December is a cruel, cruel month full of many challenges, you guys. Not having to worry and care about another human makes your life so much easier, as terrible as that sounds (but admit it, you know I'm right).

And trust me, I love my significant other, but the amount of time I spend stressing and worrying whether he’ll actually use the presents I give him is time I could be spending playing Sims and taking personality quizzes on the Internet. You know, the important things. There’s obviously no reason to dump your boyfriend or girlfriend for the sake of spending the holidays solo, but if you’re single right now, then don’t sweat it—You’re really not missing out on anything. Here are 14 more reasons why not having a boo during the holidays is the best:

1. You don’t need to stress out about buying the perfect, romantic, thoughtful gift

This is my number one woe. Since getting married, we combined our bank accounts so even hiding the transaction is a pain the ass. I have to find an old credit card that he doesn’t have access to, but I also have to remember to actually pay it off in January. Also, when you’ve spent years with a person, you realize that they either have everything they want, or you’ve already bought them everything they want. And on top of that, you’ve been too lazy to take note of all those times they’ve hinted at wanting something (i.e., “Those pajamas from J. Crew look soooo comfy. I can just feel them embracing the skin on my legs in the most enchanting way and changing my life forever!”)

2. Instead, you can spend that money on yourself, the way money was intended to be spent

JK. Kind of. But think about it: That hundred bucks (or however much you allotted toward Christmas shopping for your SO) could be spent on some brand new boots or a coat you’ve been eyeing. Or an extra, unexpectedly nice gift for you best friend. Just sayin’.

3. Kissing randos under mistletoe is fun and exciting

Since it is generally looked down upon and a little mean to be making out with people who you aren’t your boyfriend or girlfriend, it feels pretty good to be as free and frisky as you want at all those drunken holiday parties you’ll be attending solo.

4. And the holiday parties you won't be attending solo

While it's true that holiday parties are great for meeting new people, they're also amazing places to bring someone you just started dating (or even someone cute who you want to kiss under some mistletoe and never hang out with again. Do you.) This season is chock full of effortless opportunities for sparklier-than-ordinary dates, so take advantage.

5. You can stay home in old, stinky sweatpants and watch Gilmore Girls…

No judgment from anyone (not that the true love of your life would care, but still) is pretty nice. You can wake up whenever you want, eat some Oreos for breakfast, and spend your holiday vacation in a bed you don’t have to share. It’s a beautiful thing.

6. …And take a bath while listening to Fiona Apple and reading magazines

That’s right: You get to hog the bathroom for hours on end without a care in the world. And seriously, nothing is better than soaking in a bubbly bath during the holidays. Peppermint bath bomb, anyone?

7. You get to actually catch up with your cousins and siblings

I don’t know about you, but I rarely see my family during most of the year, so it’s nice to actually spend quality time with them when we do all get together without worrying about making the boyfriend/girlfriend feel comfortable and welcomed or whatever. When you bring your SO to family holiday gatherings, you have to act as their ambassador. When you go solo, you just get to actually be a part of your family.

Which are lame anyway. And I know this because I just got them done at JC Penney and it was the most awkward experience of my life (minus all of 2002-2008). My mom forced me, OK? Don’t judge.

9. And no dealing with your SO’s entire family

I’ve dealt with pretty weird families before, and in my experience, for some reason, the holiday season tends to intensify everyone’s weirdness by a lot. Your boyfriend’s dad, who usually only has a beer or two after dinner, will end up totally plastered and throwing up in the backyard. Your girlfriend’s mom, who already has neurotic tendencies, will have a full mental breakdown and starts chain smoking in the bathtub. Families are great, but sometimes being surrounded by your own is preferable.

10. You get leftover food all to yourself

Your mom’s turkey and casseroles for days!

11. You’re not roped into anyone else's awkward holiday work party

Holiday work parties are awkward enough when they’re hosted by your own company. I mean, you have to focus all this energy on drinking just enough alcohol to make the entire thing bearable, but not enough to get you fired for drunkenly lighting your coworker’s dumb picture of their cats on fire. Your SO’s holiday party is even worse because you don’t know anyone, no one knows you, you become completely dependent on being introduced, and it’s generally way boring, because you can’t even gossip about anyone you know.

12. You get to decide how you want to decorate your tree

That’s right! The star on top is going to be neon purple this year, and you’re getting a bunch of hot dogs and cupcake ornaments because they’re dope.

13. You don't have to feel guilty if you have to work on Christmas

It sucks having to work on a holiday, but a girl's gotta hustle. And not having to explain this to anyone, or make anything up to them, is truly a blessing.

14. You’re in charge of the architectural structure of your gingerbread house