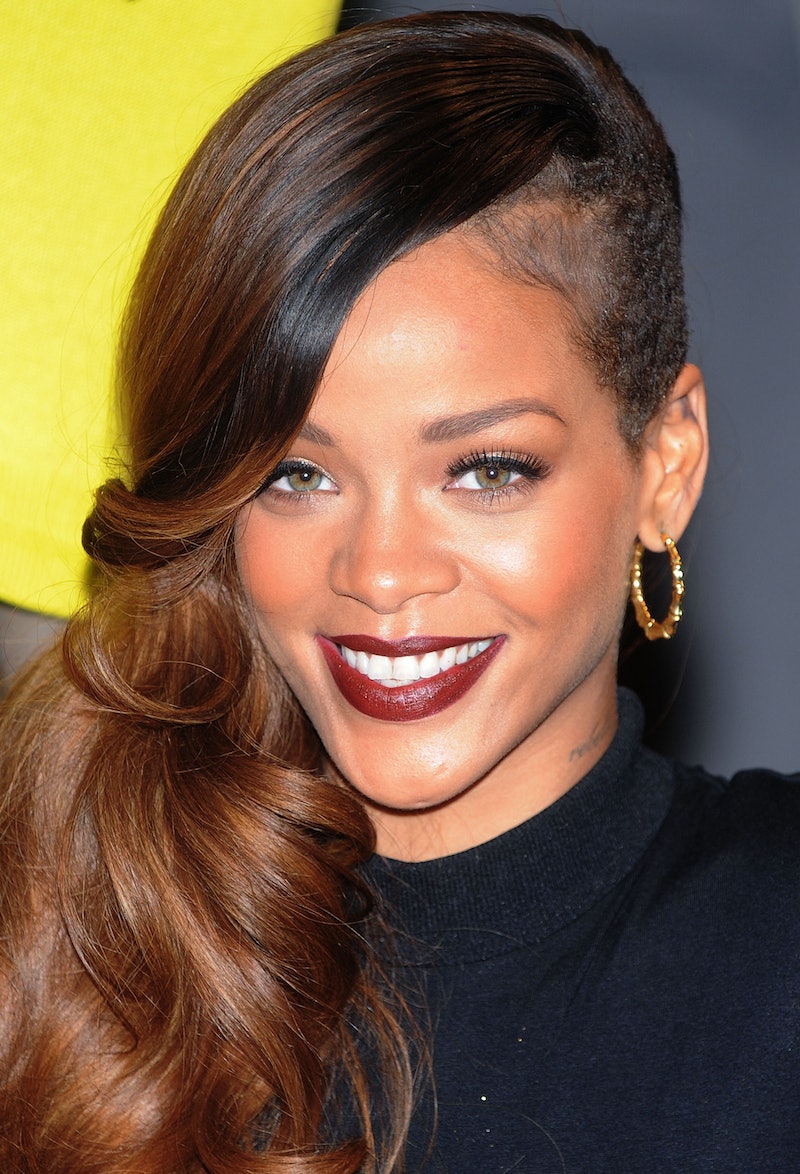 These are the moments that make life worth living: Rihanna just teased a new song on Instagram called "Kiss It Better", and it sounds really, really good. Phew! Rihanna fans needed a win. Despite up-and-coming producer Glass John hinting at the possibility of a happy "RIHVEMBER" this year, Thanksgiving came and went without the release of the 26-year-old superstar's new album. However, she did share her first song snippet on Instagram. Are these brief clips Rihanna's subtle way of preparing fans for the impending release of R8 ? It's possible, but I'm not going to get my hopes up. As Rih's latest video shows, she's still in the studio. I think it's a safe bet that she won't be releasing any new music until 2015 — but that doesn't mean that I'm not losing my mind over "Kiss It Better," because I absolutely am.

Here's what we know: Recently, "Kiss It Better" was registered on Songfile, a music licensing database. According to Songfile, the track was written by Rihanna, pop singer Natalia Kills, Jeff Bhasker (Bruno Mars' "Locked Out of Heaven"), and, of course, Glass John (Chris Brown's "Do Better"). Check out the "Kiss It Better" preview below. (Note: "Nuno" in the caption refers to Nuno Bettencourt, the man playing the guitar. Bettencourt is Rihanna's lead guitarist on tour.)

So, is he right? I'm not sure. I don't really trust Glass John after that whole "RIHVEMBER" thing, to be honest. "Kiss It Better" might become a single at some point in the future, but is it R8's lead single? I kind of doubt it. Besides, Rihanna tweeted this at the end of November:

Welp, that says it all, really. As always, I'll keep you updated as more details about Rihanna's new music become available. For now, enjoy "Kiss It Better."

More like this
What Is Ariana Grande's Net Worth? When It Comes To Money, She Has No “Problem”
By Hugh McIntyre
How To Listen To The 'Love Island' 2022 Soundtrack
By Liv Facey and Sophie McEvoy
Zooey Deschanel Can't Be Anyone But Herself
By Samantha Leach
Sadie Sink Would Escape Vecna From 'Stranger Things' With This Taylor Swift Song
By Grace Wehniainen
Get Even More From Bustle — Sign Up For The Newsletter