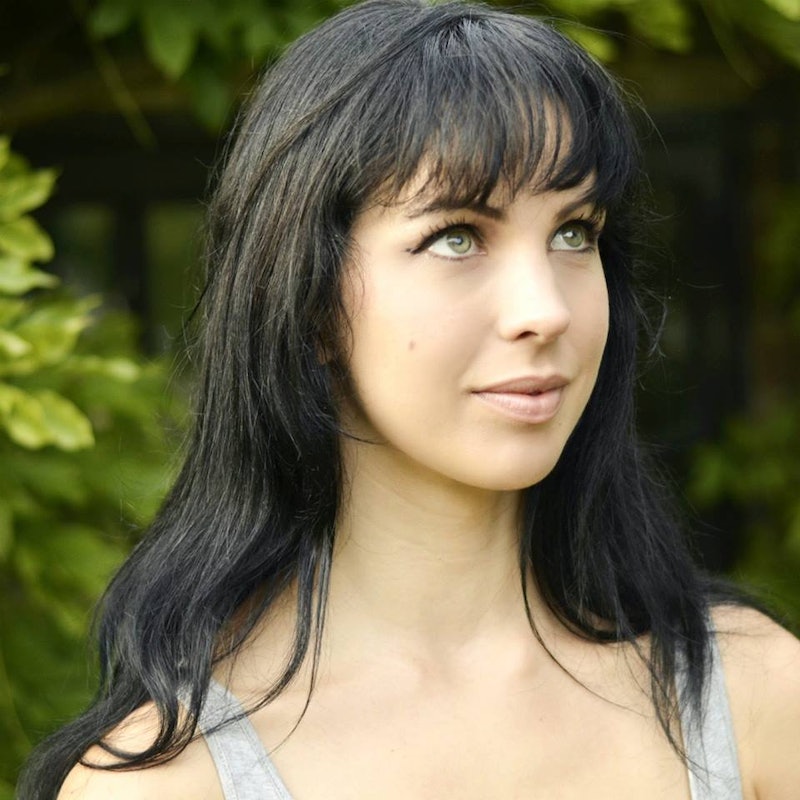 When London-based dating expert Haley Quinn decided to do a social experiment to figure out what kind of woman heterosexual men are most likely to swipe right for, the results were interesting but necessarily surprising. She created two profiles, one as herself, a self-described yoga and hiking geek with a regular photograph and another as "Sonia," a visually enhanced version of herself with fake lashes and lots of cleavage and a bio that simply read "Love life. Love my friends. Xoxo." without any other details. Needless to say, more men swiped right for the conventionally sexier version. During the time period Quinn conducted the experiment, her actual profile was matched with 195 times and her fake profile was matched with 324 times.

Quinn did the experiment to call men out for being superficial when selecting Tinder matches. She says in the video: "I decided to do the video because we live in a world that is lived out online. I was concerned that people were buying into a fake 'perfect' version of reality rather than focusing on the real life changes that could find them a better partner."

While I'm generally an advocate of getting to know people you date (I think most people are), I also think it's important to keep in mind that the nature of some dating apps, especially Tinder, is based off things that may oftentimes be considered superficial, like way someone looks. Even if you're not heterosexual male, the app is designed in a way that requires little in the way of "getting to know" someone. You swipe left if you don't like their photos and swipe right if you do. Is that superficial? Maybe it is. But I don't think it's fair to call someone fake or superficial for liking a woman with makeup and cleavage in her photo in the same way I don't think it's superficial for a woman to like makeup and cleavage. I also think it's totally fair and valid to be on a dating app just for sex with someone you think you can be physically attracted to — though it would be nice if men were equally physically attracted to women with a more "natural" look as they are to a more done-up lady.

Quinn's experiment assumes that there should only be one motive behind online dating, which is finding a monogamous partner and basing that finding on both physical and personal traits. I would argue it's totally fine to use Tinder for just a hookup, too. It's important to acknowledge a range of desires and experiences, and though I'm usually into experiments that prove men and masculinity to be the worst, I'd let them off the hook this time.

Check out this video to learn more about Quinn's experiment and results: