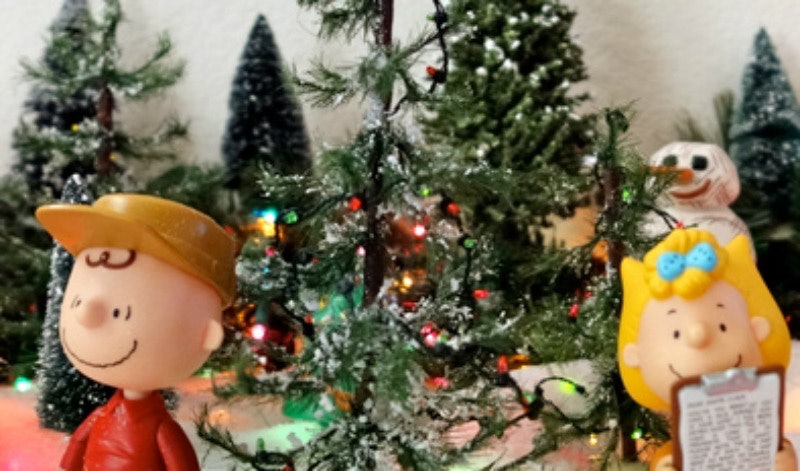 Well, you guys, we did it! We made it through the holiday season! Hopefully those of you who celebrate Christmas are all off making awesome new memories with your friends and family right now; that's where I am, and it's probably amazing. I say "probably" because I'm technically speaking to you from the past at the moment (no, I didn't achieve time travel; I just wrote this post ahead of time) — either way, though, I hope everyone is having as terrific a time as I expect I will be having once I finally get there. Or something. This is getting weird.

It's still Throwback Thursday, though, so let's not forget about all the Christmases that came before this one. If you, like me, were a child in the '90s who celebrated the holiday, odds are you have a lot of fond memories about it. And by fond, I really mean absolutely amazing. From Christmas music the way only '90s pop groups could sing it to special holiday episodes of all our favorite television shows, and from tasty treats to questionable décor choices, here are 27 awesome things I still look back on with great affection.

2. Slicing and Baking These Things:

Even if you also made homemade Christmas goodies from scratch, Pillsbury always had a place on the cookie plate, too. They were magical.

The longest-running commercial Hershey has ever produced.

This guy is available on eBay, if you want him.

It wasn’t Christmas unless Kevin’s parents accidentally left him somewhere to fend for himself.

Or, y’know, the entirety of The Snowman. Both the book and the animated film were around long before the ‘90s — the book first saw publication in 1978 and the film aired for the first time in 1982 — but it was still essential holiday viewing when we were kids. Provided your local video store had the VHS of it, of course.

The Nicktoons of the ‘90s really did have the best holiday specials around, didn’t they?

Even if you had no idea how that partridge got into that pear tree, you had to sing along with Mickey about it anyway.

In addition to Home Alone and Home Alone 2, the ‘90s also saw the release of such classics as The Nightmare Before Christmas, The Santa Clause, the remake of Miracle on 34th Street starring Mara Wilson, and more.

Of course, there's no accounting for Jingle All the Way. File that one under “So Bad It’s Good.” Or something.

13. Olive, the Other Reindeer

Because Olive was the best.

I didn’t even necessarily want any of the things in them — I just liked looking through them. Anyone else?

There’s so much going on in this video, I don’t even know what to do with it.

To be honest, I hate this song. But if there’s one tune that epitomizes Christmas in the ‘90s, it’s this one, sooooo… yeah. Here you go.

I dug Samantha’s the most, largely because it came with an actual, edible gingerbread house kit.

22. “Grandma Got Run Over by a Reindeer”

23. Christmas Episodes of Your Favorite Sitcoms

Not going to lie: A television screening of Rudolph’s Shiny New Year was an event I looked forward to all. Freakin’. Year. In a pre-DVD, pre-Internet era, Rankin/Bass’ vintage stop-motion animated Christmas movies weren’t exactly easy to get a hold of; Christmas was the one time of year I could pretty much have access to them, guaranteed. It was not an opportunity to be squandered.

25. Gussying Your Hair Up With Your Best Christmas Scrunchie

26. And Planting Yourself Under the Mistletoe, Lip Smacker in Hand

27. And Finally, Winding Down by Watching the Yule Log on TV for a While