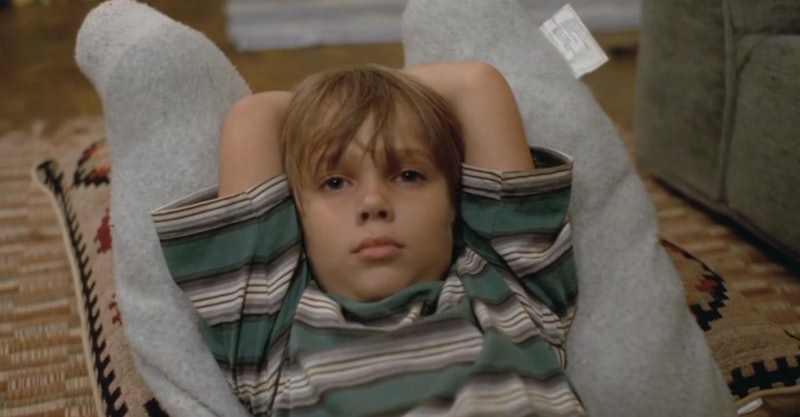 As much vim and vigor as we may all have used to fuel our cries of outrage against the egregious nomination snubbery exhibited by the Golden Globes Thursday morning, every one of us must come clean: the chief reason we care about the Globes is because they prove to be a viable predictor for the Academy Awards. (Well, that and we love to see Tina Fey and Amy Poehler host an awards show.) We can pretend to hold the Hollywood Foreign Press Association in high regard, but in all honesty, we treat the institution as little more than a practice round for our Oscar betting pools. But how good an indicator are the Globe nomination of the Oscars, really?

Looking back through the archives of the Globes' top winners and nominees, you can find out just how accurate its categories might be at foreseeing the Academy race. The tricky thing about the Globes is that it breaks its recognition of a year's best feature films into two categories — Drama and Comedy/Musical — whereas the Oscars lumps everything together in one all-purpose group. As such, it takes a little extra combing to figure out just what is to come, Oscar-wise, when you're looking at a new slate of Golden Globe nominees.

So let's give this year's round-up a go, and figure out just what we've got in store come the turn of our bona fide awards season.

In the 63 years since the institution of the Golden Globe Award for Best Motion Picture - Drama, how many times have the Globes and the Oscars...

Among the above data, we find...

-44 Best Picture Oscar winners have been nominated for the Golden Globe Award for Motion Picture - Drama.-32 of those have won both awards.

Now let's move onto the comedies before we make our grand assumptions about this year's Oscar slate.

In the 63 years since the institution of the Golden Globe Award for Best Motion Picture - Musical or Comedy, how many times have the Globes and the Oscars...

Among the (significantly more pathetic) above data, we find...

-13 Best Picture Oscar winners have been nominated for the Golden Globe Award for Motion Picture - Musical or Comedy.-12 of those have won both awards.

Of course, those final figures can be deceiving; usually, if a Best Picture Oscar winner isn't nominated in one of the Golden Globes' Best Motion Picture categories, it is nominated in the other.

So what does it all mean for this year?

Well, let's take a look at the Golden Globe nominees for 2014.

As we learned above, it is most often the case that three (slightly less often, four) of the films represented in the Globe's Drama category carry on to earn Best Picture nominations.

In contrast to most past years, we're faced today with predicting nine or 10 top Oscar candidates, which leaves a bit more wiggle room for the new honorees. But for the sake of argument, let's assume that at least one of these pictures has to go.

My guess: Foxcatcher, which has already lost most of the luster that preceded its release. (You can't hang a whole movie on "Steve Carell's going dark this time!"). This makes way for...

The movies nominated for Best Motion Picture - Musical or Comedy are:

Now, we have to be a lot stingier with this lineup, even in the wake of a larger sum of Best Picture nominees. All good sense says that Birdman will get its due come nominations time — anyone would be bonkers to bet against it considering all the fervor drummed up by smaller awards organizations.

But is there another possible contender among the lot? Pride is far too small an entry, Into the Woods is much too estranged from Oscar's sensibilities, and St. Vincent is... well, simply, not very good. How about Grand Budapest? It's a pipe dream, but it is, in fact, the only other of this year's Musical or Comedy nominees that has a chance.

That said, I'd advise betting solely on Birdman here, unless you're the sort who likes living on the edge.

Although data proves that it is exceedingly rare for a Best Picture winner to miss out on a nomination in either category, there are plenty of Best Picture nominees who didn't get their Globes due. Beyond the four given Drama nods (Boyhood, Imitation Game, Selma, and Theory of Everything) and Comedy's Birdman, it looks like the rest of the Best Picture category will be filled out by non-Globers.

Angelina Jolie's Unbroken, a surprise snub for the HPFA, is all but a given. A Most Violent Year, which earned a Best Supporting Actress - Drama Globe nomination for Jessica Chastain, is also a decent bet. And we can't forget about Gone Girl, whose star Rosamund Pike was duly recognized Thursday morning as well. As for the others? We'll just have to wait for more awards organizations to render their picks... or, you know, go with our guts.