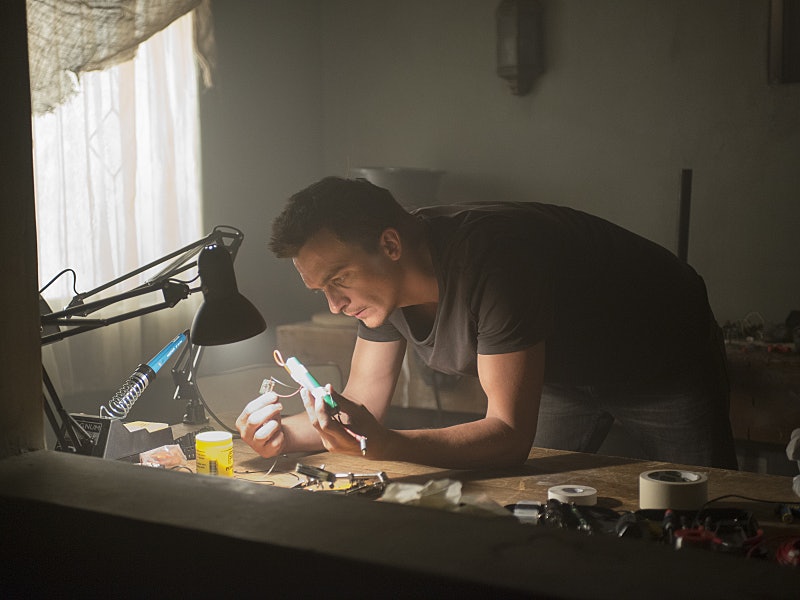 This season alone, we've lost Aayan, John Redmond, and most recently, Fara (not to mention the fact that we very nearly lost Saul), and last season, Homeland bucked convention by killing off one of its lead characters. Suffice it to say, the showrunners are categorically not afraid to wreak havoc on our tear ducts by driving the death toll up (they've got that in common with George R. R. Martin, eh?). There are only two episodes left in season 4, which means it's crunch time — is anybody safe? Will someone else die during Sunday's episode of Homeland ?

I'd hazard a guess that Carrie's safe... at least for now. I definitely wouldn't rule out killing her in the series finale, Walter White-style (hey wait, does that make Quinn the Jesse Pinkman of Homeland?). But other than her, it's all up in the air. I mean, I suppose I'd also say that Saul has a lower probability of getting axed, by simple volition of the fact that we spent an entire hour on tenterhooks a couple weeks back, waiting to see whether or not he'd commit suicide. From a storytelling standpoint, it would have packed so much of a punch if he'd died in that manner, that I can't imagine Homeland finding a more effective (and affecting) manner of killing him off. That (in a kind of sick way) gives me hope that Saul will survive the finale.

Now, what about Quinn? It looks like he'll be deep into his mission to find Haqqani, based on the preview for Sunday's episode below.

Flirtatious former paramour/contacts aside, it's going to be dangerous — really dangerous. There's no denying that Quinn is a badass black-ops hero who can fend for himself, but with what he's up against — I shudder to think of the possibilities. And rather unfortunately, unlike Saul, whose structural storytelling death window passed a few weeks back, Quinn is just primed to go. There's nothing quite like going out in a blaze of glory, which could very well happen, should he come face to face with Haqqani once more.

Yep, I think we're definitely going to come down to a Haqqani showdown as all factors converge — both Carrie and Quinn are hungry for retribution, and their combined forces could prove to be explosive (speaking of which, I'm still totally pulling for them to get together; I don't care how cheesy it is).

"I cannot lose anyone else," Carrie says in the clip above. It's a surprisingly frightening statement, when you think about just how many people Carrie has lost already (not to mention how she lost them). This almost feels like a warning, or some form of foreshadowing.

Will all of our favorite characters make it through to Season 5? What's going to happen to Senator Lockhart? Max? Quinn? Martha Boyd? Dennis Boyd? Personally, I believe (or want to believe, anyway) that we've had enough death to last us through the season's final two episodes. But then again, this is Homeland we're talking about, so I'll just ask this: please don't let it be Quinn.

More like this
'This Is Us' Included A Heartbreaking Easter Egg About Jack's Death
By Grace Wehniainen
'This Is Us' Just Gave New Meaning To Jack's Death & His Love Story With Rebecca
By Grace Wehniainen
All The Theories About Kathleen Peterson’s Death
By Morgan Leigh Davies
Where Is Allan Gore Now? The ‘Candy’ Subject Moved On Shortly After Betty’s Death
By Gretchen Smail
Get Even More From Bustle — Sign Up For The Newsletter