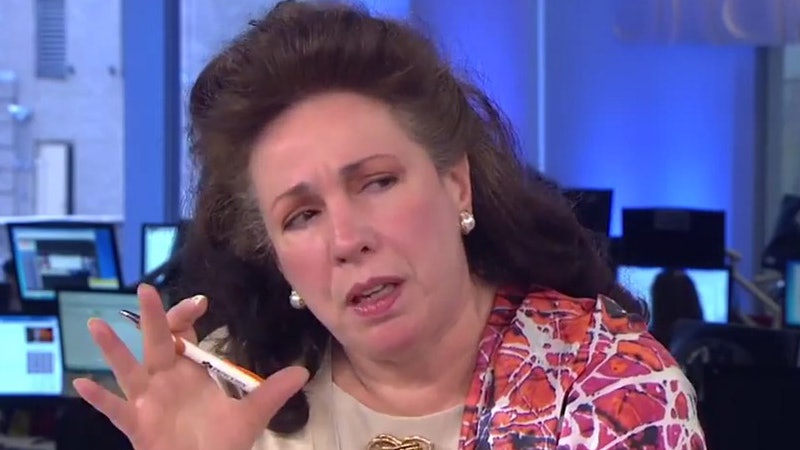 When it comes to the issue of sexual assault, especially our current national conversation about sexual assault on college campuses, you can pretty much guess the opinions of someone who still thinks women should be using college to get our MRS degrees. But for some strange reason, CNN decided to invite "Princeton Mom" Susan Patton to talk about sexual assault anyway. I'm not sure exactly what value she was expected to provide to the discussion, but the segment was even more awful than might have been anticipated.

"Princeton Mom" is best known for her passionate appeals to young women — not just at her alma mater Princeton, but at all prestigious schools — to not spend their time in college paying attention to silly intellectual pursuits or advancing their career goals but instead in getting their MRS degrees. Because everyone knows that even the best and brightest women are nothing without a man. And yet Susan Patton either seems unaware that she is a regrettable throwback to the 1950s or else genuinely pines for the repressive decade to return. Either way, her "support" for young women in college does not, it seems, extend as far as actually doing crazy things like believing them about sexual assaults.

Patton starts the segment by proving just how 1950s she is by saying that she isn't happy with all these modern definitions of rape. "It no longer is when a woman is violated at the point of a gun or knife," she complains. "We're now...identifying as rape what really is a clumsy hookup melodrama."

She goes on to harp over and over about how women should "be smart for themselves" and not drink too much (while insisting repeatedly that she's not victim-blaming), blithely assert that any woman who's been assaulted should, of course, go to the police, and generally prove that her attitudes about women's careers aren't her only 1950s opinions.

Yeah, I am done with this lady. Done, done, done. She is awful and she is horrible and she does not understand the first thing about consent. I give major props to Carol Costello for trying so hard to challenge Patton's indefensible views, but the woman is beyond all hope. I wash my hands of all of it. Here you go, here's the full segment, I'm done with it.

I will, however, say to the woman who trusted Patton enough to share details of her assault and who sadly found her trust so misplaced — as well as to any other survivors of sexual assault out there who might be reading this today — there are so many people who are not this stupid, and if you are looking for support, there are so many places you can go, from national hotlines to the I Believe You, It's Not Your Fault Tumblr. Do not let anything this awful woman says make you feel the least bit bad about yourself.

More like this
Is TikTok’s “Villain Era” Trend Just An Excuse For Bad Behaviour?
By Chanté Joseph
TikTok's Favorite Bartender Thinks Mimosas & Bloody Marys Are Out For Brunch
By Alexis Morillo
Are We Drinking Rosé All Wrong?
By Sheila Yasmin Marikar
Your June 2022 Monthly Tarot Reading
By Jezmina Von Thiele
Get Even More From Bustle — Sign Up For The Newsletter