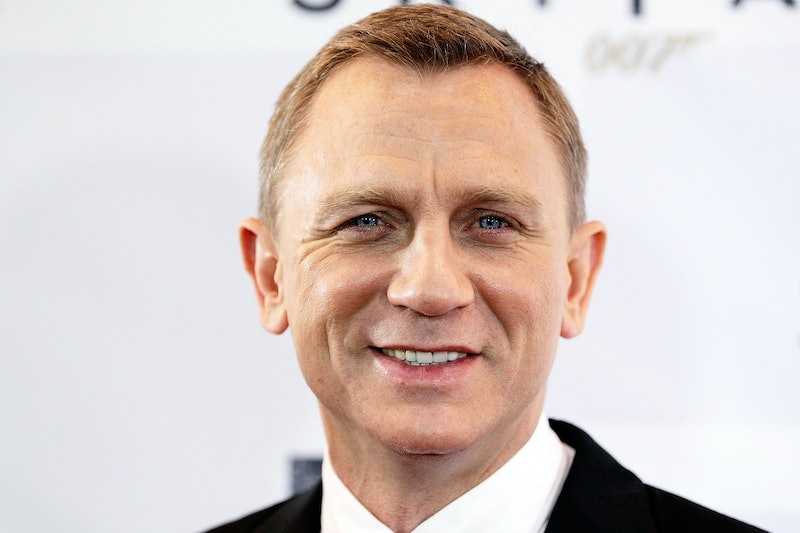 Bad news for James Bond fans (well, maybe): in the massive Sony attack hack (which revealed some ugly things about the production company), an early version of the upcoming Bond film, Spectre, was stolen. Spectre, the 24th Bond film in the notorious, sexy British franchise, is one of the most highly anticipated in the series. It's also sadly Daniel Craig's last turn as 007. The producers of the film said that "they are concerned that third parties who received the screenplay might seek to publish it — and warned the material is subject to copyright protection around the world." Nooooo!

Don't get me wrong, the information leaked in the Sony hack did not exactly curry favor or gain sympathy for the production company. Some of the more unsavory details revealed from the massive information hack: female stars Jennifer Lawrence and Amy Adams were paid far less than their male costars in American Hustle, earning only seven percent of the talent budget for the film to Christian Bale, Jeremy Renner and Bradley Cooper's nine percent. Let us not forget the blatantly racist emails exchanged between cochairman Amy Pascal and producer Scott Rudin about President Obama's movie taste being dictated by the fact that he's black.

But of all the less harmful, less damaging news to come from the massive leak, it's a shame that the script for Spectre was among the released information. Details for the film have been heavily kept close to the chest; what we know so far is that, of course, Bond 24 stars Christoph Waltz and will reprise the role of the villainous terrorist organization SPECTRE as a threat to Bond. Also starring is babeliest of babes, Monica Belucci.

Apparently, though, there's no reason to fret: Sony reassured the public that regardless of the leaked material, they are moving forward on filming their most recent projects, including Spectre, which is reportedly still filming in the UK. But who knows if they are just trying to save face?