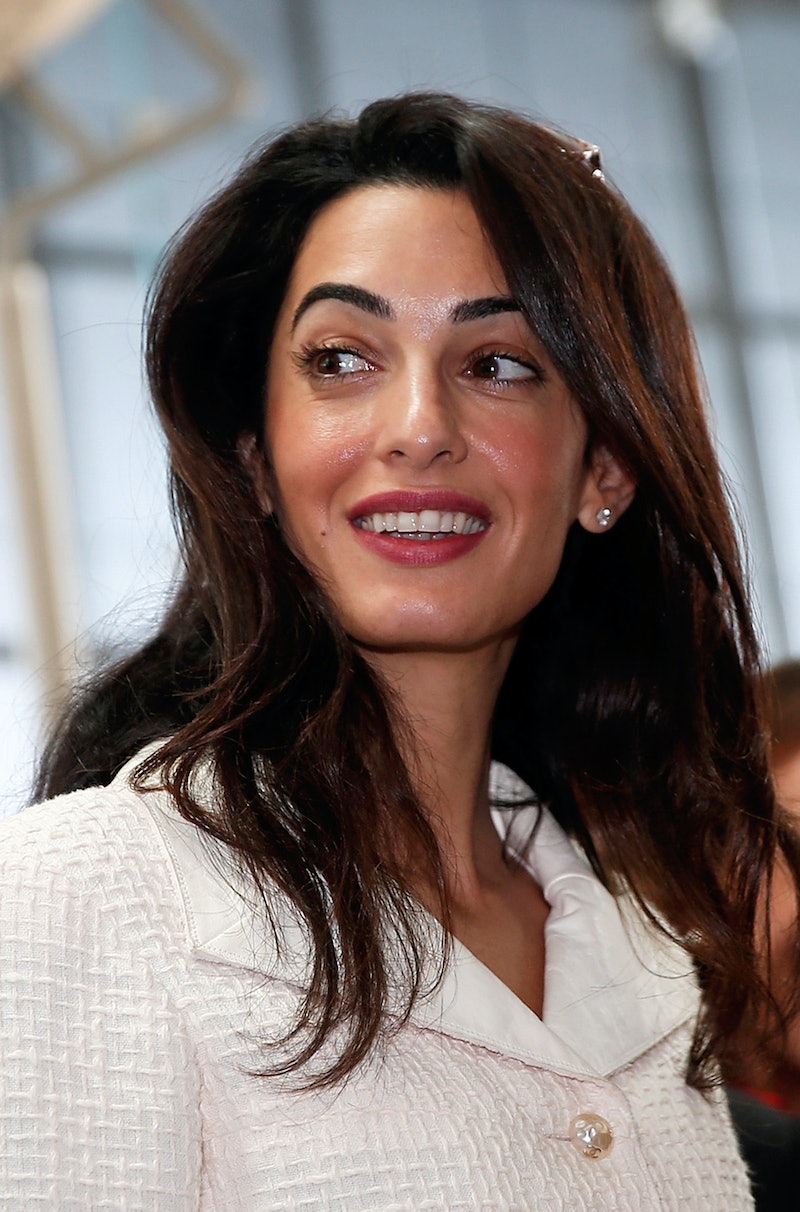 How many times did we hear George Clooney say he'd never get married? And how many thousands of women wished he'd change his mind? Ironically enough, the woman who finally became Mrs. Clooney earlier this year was probably too busy to fantasize about her future love life with the world's most eligible bachelor. When Barbara Walters named Amal Alamuddin her "Most Fascinating Person" of the year, it might have come as a bit of a shock to viewers — Alamuddin definitely wasn't whom I was expecting to top the list. But as it turns out, the legendary journalist knew better than the average couch potato (and me). Because, as Walters pointed out, the international human rights lawyer's story proves there's someone out there for everyone.

In case you only know Alamuddin because of her husband, here's a few facts about her amazing career. Alamuddin was born in Lebanon, but moved to London, where she became a high-profile human rights lawyer, defending everyone from WikiLeaks founder Julian Assange to the country of Cambodia (that's right, the entire country). She was also appointed to several special U.N. councils dealing with various human rights issues around the world. Like I said, this lady gets it done. She probably didn't have time to daydream about her Hollywood wedding, what with saving the world and stuff.

But eventually, this power couple did meet and fall in love and get married. Even though Clooney had sworn his bachelorhood was not going to change, and Alamuddin was busy lecturing at multiple top universities and writing books and advising world leaders and generally being a highly powerful force for good, these two still managed to find time to get hitched — in a star-studded wedding ceremony in Venice, of course. Which just goes to prove that, no matter how busy you are, or how set in your ways, it's always possible that love is right around the corner.

More like this
Sandra Bullock, Girlboss Extraordinaire
By Matt Harkins & Viviana Olen
Spice Girls’ Net Worth: The Richest Member Is Wealthier Than The Rest Combined
By Hugh McIntyre
Is Megan Fox Pregnant? MGK Gave A Shout-Out To Their “Unborn Child” Onstage
By Hugh McIntyre
Sanditon’s Theo James & Wife Ruth Kearney Are Embracing Family Life
By Aoife Hanna and Sabah Hussain
Get Even More From Bustle — Sign Up For The Newsletter