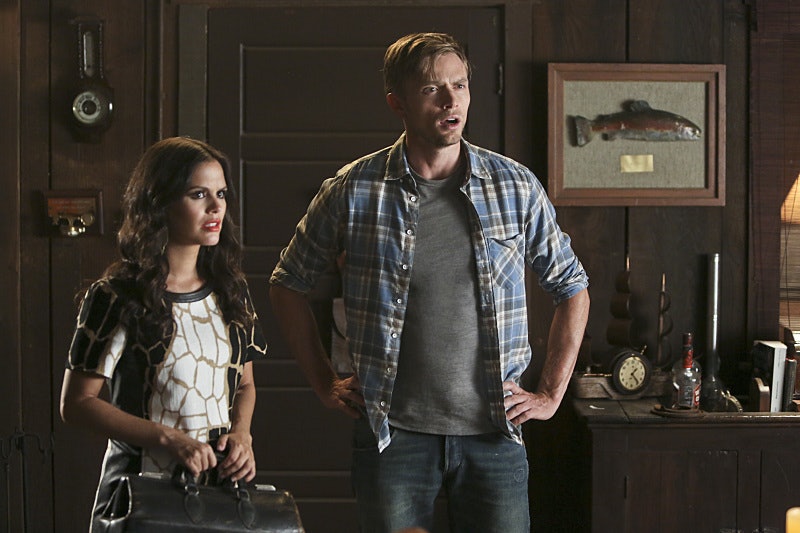 We're FINALLY going back to Bluebell, CW fans! Obviously, by now, you know that Rachel Bilson's Hart of Dixie Season 4 is premiering early on Dec. 15 because the holiday season is full of mini-miracles. But, even with the super-steamy Zade premiere spoilers, there's still a huge question lingering over the Season 4 premiere: Will Hart of Dixie end after Season 4? All signs might be pointing to a yes — from the shortened, 10-episode season to Wilson Bethel being cast in ABC's Astronaut Wives to Scott Porter and Jaime King's farewell Instagrams. But, you obviously don't want that to ruin what might be the greatest night on The CW since Jane the Virgin premiered — right? Right. Because Zoe Hart totally wouldn't want that.

So, how are you going to watch the Hart of Dixie Season 4 premiere without the dark, looming shadows of it potentially being the series' last ruining all of your fun? The best and most appropriate way would obviously be to channel some of our favorite Dixie characters from the past three seasons. I mean, the answer is so simple that even Zoe couldn't misdiagnose it. So, how should you do it? Here's what Zoe and our favorite Bluebell characters would do on Monday night.

Take the Edge Off With a Drink

If anyone is a strong supporter of a good strong drink, it's Zoe Hart — and Wade, and Lemon, and George.

Food & Lots of It

If it works for Lavon and for Zoe...

There's got to be some merit to the method. Right? They're both upstanding members of the community, after all.

Lounge on a chaise in your fanciest dress and let the tears flow — the old Lemon would totally approve. And, once you get all of those feelings out, you'll be ready to embrace the Season 4 premiere with open arms.

Beat those negative thoughts down by irrationally shouting "NO" as many times as possible until you believe it.

Write a Song About It

I mean, if you're going to get your feelings out some way, it might as well be through the power of a truly awful song.

More like this
The 'It's A Sin' Creator Revealed A Massive Detail That Didn't Make The Final Cut
By El Hunt
'Heartstopper's Kit Connor Revealed His Hopes For Season 2
By Nola Ojomu and Sam Ramsden
'Gentleman Jack’s Cast & Crew Are Keen On Season 3, Too
By Frances Stewart
'Ghost In The Shell: SAC_2045' Was Only Supposed To Last Two Seasons
By Kadin Burnett
Get Even More From Bustle — Sign Up For The Newsletter