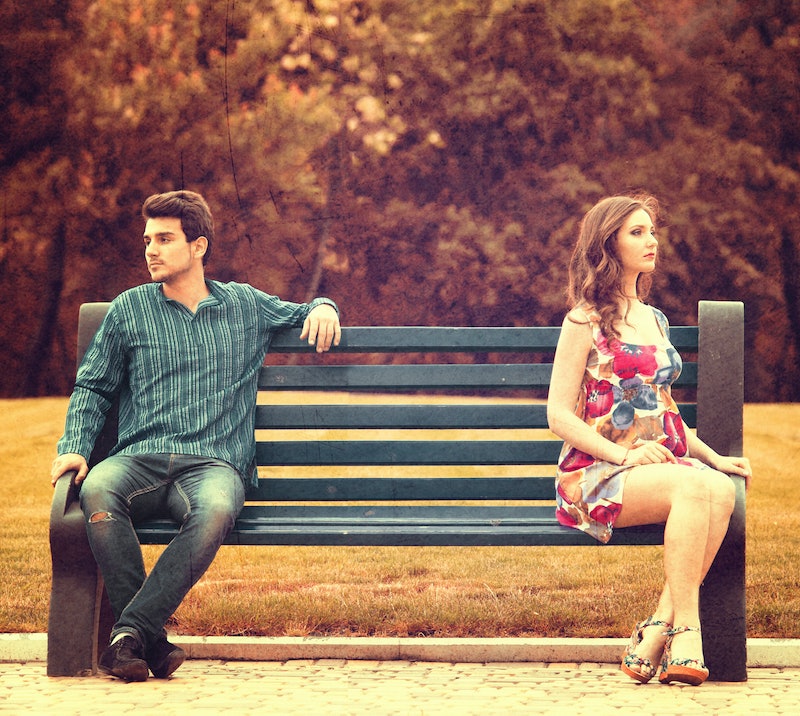 We’ve already discovered today that the holiday season really is breakup season, so let’s spend a little time on why people break up, shall we? Dating auction site WhatsYourPrice.com did a little digging and ranked the top 10 breakup reasons for 2014. Although there are a few surprises on the list, the number one winner (or loser, as the case may be)? Is probably exactly what you think it is.

WhatsYourPrice surveyed over 105,000 singles, asking them to cite the primary reasons that caused their last breakup; then they took those results and ranked them according to the number of votes each received. Although I would argue that most of the reasons listed are probably just symptoms of bigger problems in the relationships, there is, at least, one thing that both men and women agreed on: Cheating will definitely leave you single. So, y’know… don’t do it, OK? If you don’t want to date your partner anymore, go ahead and end it — but please, please refrain from sleeping with anyone else until you do. Because that’s not fair to anyone.

Here’s the list, illustrated with a few GIFs just for kicks:

Also understandable. Sexual compatibility is an important part of most relationships, so a lack of it can be a dealbreaker for some.

I’m curious about whether this one means jealousy in general, or specific kinds of jealousy in particular. Is it that one partner becomes jealous of the attention the other gets from other people? That one is jealous of the other’s position in life? Something else? All of the above?

The same applies here — “finances” seems like such a broad reason that I’d like to know more details about it. Also, what makes it different from “frugality,” which took the number 10 spot?

I’ll admit to feeling a little judgmental about people who cite this one as their main reason for breaking up with their partner. I mean, yeah, I guess I can understand how weight gain might make someone less attractive to someone else — but unless they’ve undergone a dramatic personality change at the same time (which could happen, I suppose), it shouldn’t really matter, right?

Relationship laziness? “I can’t be bothered to take out the trash, even though it’s been overflowing for a week” laziness? Both? Neither?

Again, I kind of have to wonder what makes “frugality” different from “finances.” You’d think the one would fall under the general heading of the other, but apparently it’s unique enough to require its own category.

More like this
I Spent 2 Years Trying TikTok’s Dating Advice
By Kailynn Johnson
The 3 Zodiac Signs Most Likely To Get Married Later In Life
By Kristine Fellizar
4 Zodiac Signs That Will Take Forever To Admit They Like You
By Kristine Fellizar
Why Being “Too Sensitive” In Relationships Is A Good Thing
By Lexi Inks
Get Even More From Bustle — Sign Up For The Newsletter
From hair trends to relationship advice, our daily newsletter has everything you need to sound like a person who’s on TikTok, even if you aren’t.