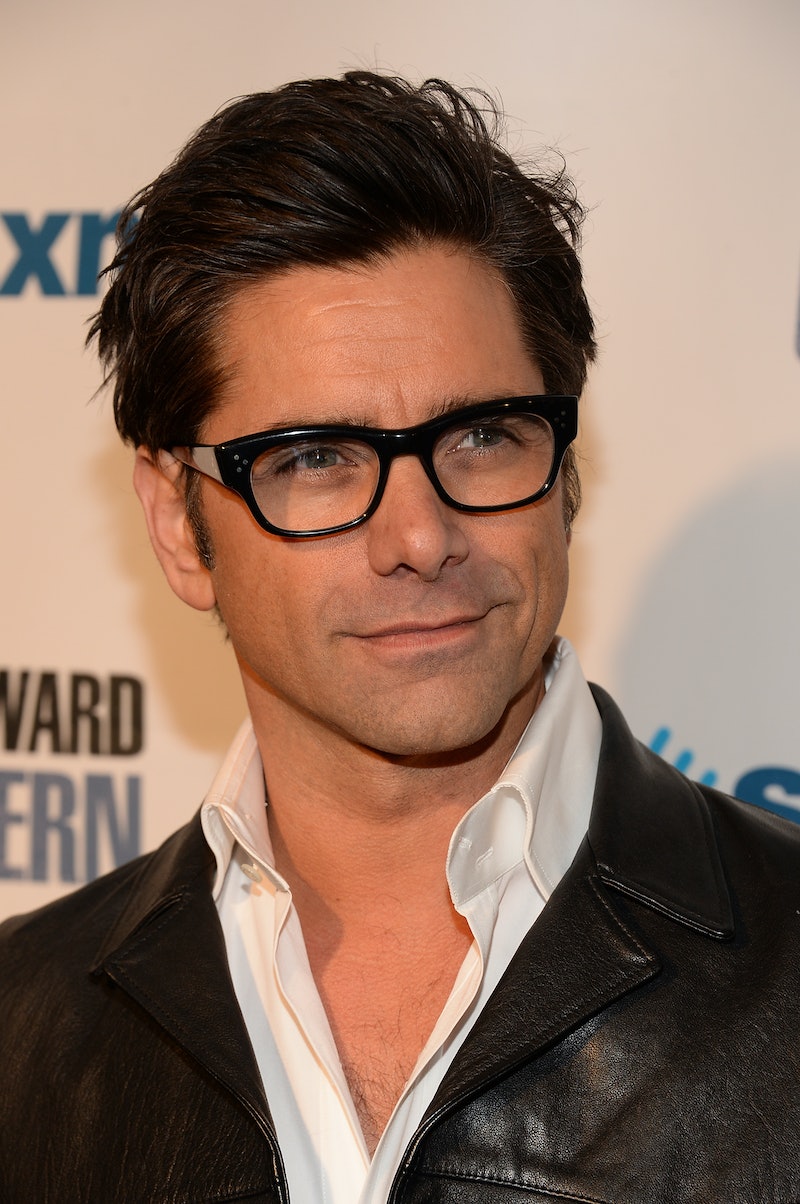 Forgive me, but it's the holiday season and I'm feeling a bit nostalgic, so in writing this, I will probably sound like an 108-year-old woman while declaring my love for the best family sitcom of all time, Full House. Ahh, the days were so simple. I would come home after a very tiring day in second grade, grab some snacks from Grandma and laugh away at jokes that I barely understood, but loved anyway. I'm sure I am joined by many women in saying that Uncle Jesse also awakened some feelings in them, but we can get to that later.

After Candace Cameron Bure's appearance on Dancing With the Stars brought together Aunt Becky and Kimmy Gibler and the boys of Full House reunited on Andy Cohen’s late-night show, Watch What Happens Live, '90s girls (and everyone, honestly) everywhere were buzzing about the idea of a reunion show, movie... anything! Unfortunately, it doesn't really seem like it is a feasible thing at the moment, but D.J. Tanner has said to "never say never," so you know what, I will not!

In the meantime, while we're sitting here and anxiously waiting for the Olsen twins to reprise their role of Michelle Tanner, I started thinking about what a Full House reunion would actually include. Would a modern 2014 version of Full House be as beloved as it was in the '80s and' 90s? I think dad jokes, unfortunately, stand the test of time.

DJ Would Break Up With Steve via Social Media

Remember when DJ broke up with Steve while they were hiking on a cliff at Eagle Mountain? Ugh, my first favorite TV couple were done (but, luckily not for long.) Well, kids these days don't like to go out as much and if he's lucky, he might get a text message or a picture of a break-up Post-It on Snapchat.

I definitely see Uncle Joey bringing all his comedic talents and characters into a self-produced comedy sketch series that he hosts on YouTube from the basement. That's not too creepy, is it? OK, well maybe not just the basement.

Stephanie Would Probably Be Peer Pressured to Smoke Weed

Who will ever forget that episode when bad girl Gia tried to peer pressure Stephanie into smoking cigarettes in the school bathroom? Yeah, well, we all know that now there are, um, different kind of ~evil~ drugs taking the high school population by storm. Honestly, there could be worse, but we can save that conversation for another time.

The Famous Catchphrases Would Be Hashtags

You'd be hard-pressed to find a '90s kid that didn't recognize Stephanie Tanner's "How rude!" or Michelle's "You got it, dude!" Oh man, how times were so innocent. I venture to say there really aren't many modern sitcoms that are as plentiful in catchphrases as Full House was, but as sad as it is, these days it'd be more believable for the Tanner girls to Instagram photos of their family with captions like #BLESSED or #SISTERSELFIE in all their duck-lipped glory. No one has time for real world communication!

Full House at Disney World Would Have Lots of Frozen Characters

In this classic two part episode, The House Meets the Mouse , Michelle was a total brat and stole Stephanie's chance at being the princess for a day. In true Full House form, Michelle learns her lesson and lets Stephanie be in the parade, on a float with Snow White and Sleeping Beauty. Um, we all know that new Princesses on the block Elsa and Anna would totally be up there now.

These days, having a character as hot, perfect, and loyal to his family as Uncle Jesse would be unbelievable. In today's world, if the show needed a ratings boost, Uncle Jesse might go on tour and get super famous and meet some sleezy groupie who would veer him off track for a minute, but we'd all have faith that he and Aunt Becky would make up after some fighting because their love was REAL.

Gia and Stephanie's Band, Girl Talk, Would Have a Soundcloud and Lots of Fans

Even though their short-lived band was really bad at a talent competition at Smash Club, they had super cute style and looked good, and nowadays that seems like the only real qualification you need to be big on the blogs and have a hit on Soundcloud. #sorrynotsorry. At least the Ace of Base track was a good idea?