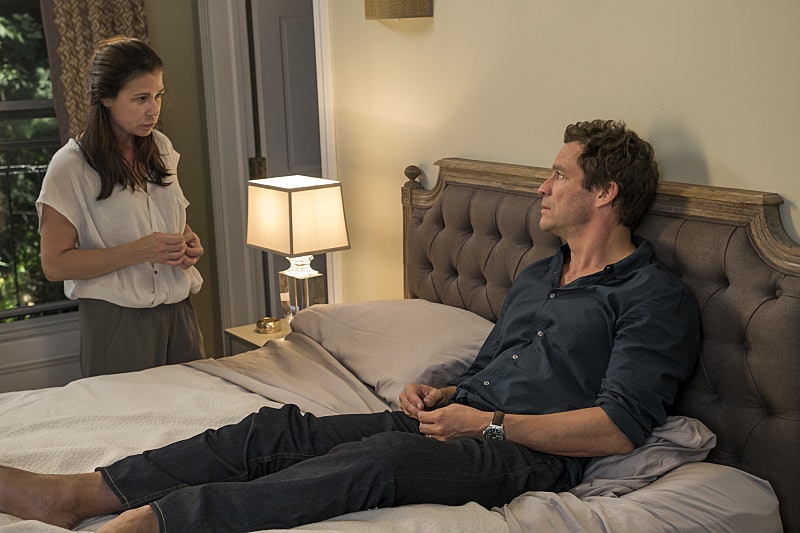 Who killed Scotty? Are Noah and Alison meant to last? What's up with that rotting blue boat? These are all mysteries that The Affair had better solve in its season finale on Dec. 21. But there is one question fans have been asking that I can fill you in on right now: When does Season 2 of The Affair start? A month ago, we found out that this steamy show had been renewed for another batch of episodes. And while Showtime hasn't confirmed an official start date yet, I'm predicting a late summer 2015 premiere. Season 1 started in October, but next year the show will be two episodes longer (for a total of 12), so they'll have to start earlier. Plus, The Affair is obviously meant for lazy, warm weather viewing. But even though, like other fans, I've been enjoying this smart, sexy story, I have to ask: Do we really need another season of The Affair ? [UPDATE: Deadline reports that The Affair will return Oct. 4.]

Sometimes, less is more. As much as I've liked tuning in to the intimate portrait of two marriages and the infidelity that connects them, there just doesn't seem to be enough plot left to fill another 12 episodes. The Affair was great sumer escapism. But maybe, like the characters themselves, it's best if we just move on.

Here's the promo for the season finale, which will hopefully give us all the answers we need.

Now, before anyone gets mad that I'm suggesting we bid The Affair adieu, let's remember: this show is getting another season. But here are my best arguments for why a single run would have been for the best.

The Mystery Will Be Over

Throughout this entire season, Noah and Alison's affair has been the most important story of the show. But on the back burner, Scotty's murder has been slowly becoming harder and harder to ignore. By the end of the finale, we should finally know what happened. (The promo point to Noah being the doer, but that could also be a tease.) Once the killer is discovered, why do we need more episodes? Is next season going to feature another deadly crime? I think us viewers are smart enough to know that would just be silly.

(Oh, and what if Showtime chooses not to reveal who killed Scotty in the season's final episode? They already tried that once, with The Killing , and it did not go over well.)

Miniseries are in Right Now

Take it from 2014's ultimate mystery series, True Detective : One and done is the way to go. One season per setting, that is. That show, as well as Fargo (another acclaimed who-done-it show) both announced that their second seasons will feature new casts, new places, and new stories. Their tones will stay consistent, but once their audiences uncovered the answers to their biggest questions, these series felt it was best to start from scratch. The Affair could have profited from going this route: a new season, with a new couple, in a whole new setting. Instead, are we just going to get more of Noah and Helen glowering at each other next year? I hope not. Those two are all glowered out And that brings me to my last point:

How Long Can They Stretch Out This Affair?

When does an affair stop being an affair, and just becomes a relationship? At this point, I cannot imagine Noah and Helen resolving their marriage. (Alison and Cole, maybe, but they're also not doing too hot.) So the possibilities are, either Noah and Alison get that little apartment in Brooklyn — not gonna happen — or one or both of them end up alone — a much more likely outcome. Either way, there is no more affair, because now their infidelities are out in the open. So is next season just 12 episodes of Noah and Alison hanging out at the Barclay's Center?

We'll just have to tune in to the Season 1 finale at 10 p.m. ET on Showtime to find out.