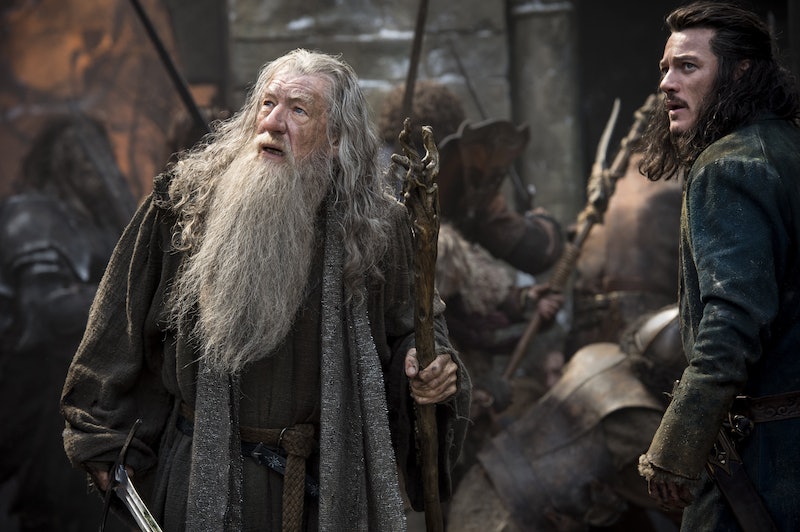 Christmas Day might be one of the biggest days for movie releases of the year, but the box office is getting a bit of an early boost this weekend. After its release on Wednesday, The Hobbit: The Battle of the Five Armies brought in $90 million in its first weekend — not too bad for the last installment in a franchise that's been around awhile, huh? That $90 million effectively put the movie in the top slot, which isn't exactly a huge surprise since Lord of the Rings fans are pretty loyal.

And as for the rest of the box office? Night at the Museum: Secret of the Tomb came in second at $17.3 million. Can we talk about what an impressive gap that is between first and second place? I mean, $17 million is absolutely nothing to balk at, but it puts into perspective exactly how many people showed up to finish out The Hobbit on a high note. To be fair, though, The Battle of the Five Armies did have a two day jump on the Night at the Museum sequel, which wasn't out 'til Friday... but still. $90 million. That's ridiculously huge.

Third place? That was taken by Annie, which managed to pull in $16.3 million despite the fact that it was leaked weeks ago by Sony hackers. I can't help but wonder how much the leak actually affected sales. There's something to be said about the experience of going to the movies... but there's also something to be said about saving $10 and watching a movie early. Chances are that after so much promotion Annie probably could have done a way better opening than that if it hadn't been leaked.

Poor Sony. They've been through so much in the past month. I just want to give everyone over there a hug, and then maybe slap them around a bit for giving in and pulling The Interview.