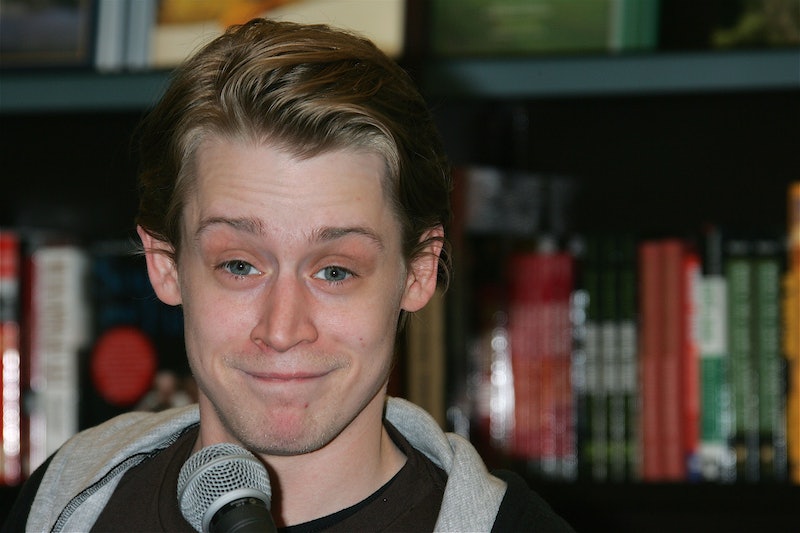 The Internet is a place for all sorts of wonderful crap. I mean, where else are you going to see a puppy being best friends with a turtle (which I just made up but I assume exists on the Internet somewhere)? Or a thousand billion Serial parodies? Nowhere else, that's where. But the Internet is also home to lots of useless crap, and with the speed at which information is exchanged online, digital hoaxes are really a dime a dozen. Most people trust the Internet, and why wouldn't they? It brings us such things as inter-animal friendships, so logically it should be a reliable source of news (I type sarcastically as I LOL forever).

It always astounds me how quickly rumors spread online, and how susceptible we are to believing them EVEN THOUGH WE KNOW that ANYONE can post ANYTHING to the Internet. The Internet is like your inappropriately drunk aunt at Christmas: it has no filter. But when you're seeing posts from friends on Facebook, you frequently won't even question their veracity because if your friend said it then in must be true. I fell for the Macauley Culkin death hoax for a full three minutes before I did some further investigative journalism. THREE MINUTES, YOU GUYS. In 2014, I believed an internet hoax for THREE GOD DAMN MINUTES.

Anyway, the Daily Dot came up with a great list of the biggest viral online hoaxes of 2014, which I'm going to do you the favor of sharing a few of. Hopefully you won't have a moment reading this when you realize you've been foolishly believing something Craig who lives in his mother's basement made up and posted to 4chan this year.

1. Beth is returning to The Walking Dead

No sooner had Beth's (Emily Kinney) body hit the floor on the emotional mid-season finale of The Walking Dead than the rumors of her resurrection began circulating. An online petition began the completely false rumor that show runners were planning to bring the character back, but being that she was shot in the head and we literally watched her brain splatter on the camera, we'd say poor old Beth is done on AMC's hit show (but we'll definitely be following actress Emily Kinney's career, which is anything but dead).

I didn't really understand "Alex from Target", but I think that's because I'm old. I mean, I don't know what One Direction sings, so that should give you an idea about how clueless I am when it comes to The Kids These Days. What I have gleaned from research is that someone posted a photo of a boy called Alex (Lee), a cashier at Target, on Twitter, and then Alex became an overnight sensation because of how swoon-worthy teenage girls found him. For a minute, everyone thought Alex was a viral marketing stunt conducted by a company called Breakr, but some teenagers tore that down, and it turns out Alex is just some average kid who is now a professional model. I still find the whole thing very confusing, but I'm pretty sure the moral of the story is Alex from Target is bullshit and you all believed it.

In October, it was reported that phantom griffiti artist Banksy had been arrested. The story was originated by a fake "news" site called the National Report, and the false report apparently garnered 6 million page views for the trolling site.

Twitter user @KaneZipperman posted an image of a text message exchange in which he broke up with his girlfriend using memes. The whole thing made him look like a massive asshole, so I'm not really sure why he thought it would be a great idea (I suppose he's a nobody with 83.9k followers now, so there's that). Anyway, the thing garnered a lot of attention and was shared across social media and sites like HuffPo and Buzzfeed, until it was revealed to be a Photoshop by the Daily Dot. NOTHING IS REAL (and in this case, thankfully so).

2014 was the year of the butt, but for Instagram user @msvegas15, it was the year of the third boob. "Jasmine Tridevil" claimed to have had a boob job that gave her a third boob in between her two regular ones. Tridevil briefly became an Internet sensation and booked interviews with Jimmy Kimmel and Vice, but the three-boobed babe was exposed as a hoax when a salon in Florida boasted about the fake boob on their website.

4chan really knows how to be classy. After Emma Watson's rousing feminist speech to the UN earlier in the year, some jerk-wads threatened to leak nude photos of the actress. The threat came at the same time as some other jerk-wad 4chan user had leaked actual nudes hacked from celebrity's phones, so there was speculation that the threat was credible. It was a hoax, but either way, a disgusting retaliation, and proof that every point Watson made in her speech is completely valid.

Funny or Die and Tony Hawk tricked EVERYONE this year when they released a video of a hoverboard to the Internet under the guise of a company called HUVrTech. I have a feeling this one was so believable not because it's actually believable, but because who wouldn't want to believe it?

Another idiotic thing to emerge from 4chan (what awful thing doesn't come from 4chan?) this year was "Operation Freebleeding" which was a fake movement to encourage women to forego sanitary items like tampons in order to "free bleed" while menstruating. The moronic campaign was just another anti-feminist undertaking of the honorable 4chan this year, who wanted to convince women that tampons were a tool of patriarchal oppression and then jump out from behind a bush and yell "PUNK'D!!!!!!!!!!!!!!!!!!!!!" at all the silly feminists just bleeding into their pants, I guess.

This was the one that momentarily sucked me in. This year a Facebook hoax (starting with a memorial page to the child star) circulated that Macaulay Culkin had died. The story originated from a fake MSNBC site and only took a quick Google search to debunk, but I totally forgive you if your heart jumped into your throat when you first read the headline because I was likewise sucked in. Culkin has since made many jokes about the hoax on his social media.

10. KFC asked a 3-year-old girl with face scars to leave

KFC allegedly threw out 3-year-old Victoria Wilcher because she had hideous facial scarring. The true parts of this story are that Victoria Wilcher is a real 3-year-old, with real facial scarring caused by a dog attack, who really went to KFC. The hoax part is that she was never kicked out, which was revealed by KFC's surveillance tapes. Her family seems to have used the story to illicit donations from the public, and since the hoax was uncovered, have gone into hiding.

It was alleged that P.Diddy/Puff Daddy/Sean Combs was arrested this year for the murder of Tupac, but the story was yet another Internet hoax that picked up steam when people re-posted without bothering to double check their sources.

Many of you might know Gamergate as the stupidest and worst thing in the world. As the movement evolved, it claimed to be fighting against dodgy ethics in gaming journalism. However, all Gamergate was really about was shaming one loser's ex-girlfriend for allegedly cheating on him. So Gamergate is your standard misogynist wolf in (also misogynist) sheep's clothing.

It was recently reported that 17-year-old Mohammed Islam made $72 million on the stock market, which was basically just a blatant lie made up by Islam and told to NY Mag, who ran the story without any fact checking. Great job, everyone.

14. That Facebook was going to charge a monthly fee

People were pretty perturbed when a rumor circulated that Facebook was going to start charging a $2.99 monthly fee. This was yet another hoax started by website the National Report. Does "news" even mean anything anymore?