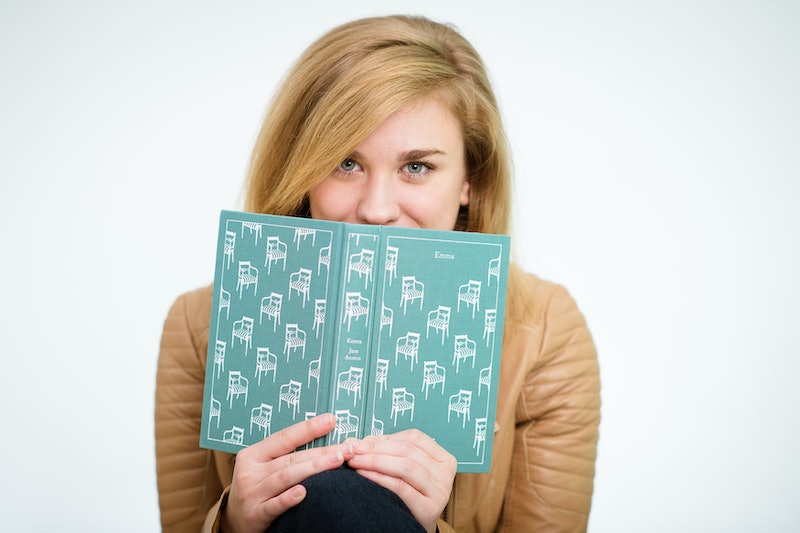 My history with fanfiction is as detailed and embarrassing as history can go. I've been on the Internet's primary fanfiction site for over a decade now, and endured various awkward phases of fiercely denying my existence on the site, sheepishly admitting that I was into it, and then blatantly updating my stories in a crowded lecture hall when I ran out of f*cks to give. The fourth and final phase in losing my shame has been publicly declaring my fanfiction addiction and succumbing to the whirlpool that is Tumblr fandoms (I'll get back to you when I manage to get my life back).

It is laughable to me now how embarrassed I used to be by the hobby. The first time I approached the topic with a guy I liked, I was all kinds of terrified that he would be shocked and put off by it. Mind you, this was before Rainbow Rowell's Fangirl assured us that there are blatant fanfickers in healthy relationships, so this felt like a significant risk to take at the time. Imagine my surprise when I came in full emotional battle armor and he was like, "Oh. That's cool. What do you write about?"

WHUT. He was cool with my dark fanficking secret?!

Where were the cataclysmic explosions? Where was the giant crack that split the earth open and sucked me into the void? Where were the rotten tomatoes I fully expected to get thrown in my face??

After that, I learned something about fanfiction: It isn't a hindrance to me being in a relationship at all. In fact, it has become a whole new facet of myself that I finally got the opportunity to share with someone, and I was surprised once I found someone who was curious about it that I had a lot to say. I would argue that in general, being a rampant fanfiction junkie makes you even more desirable in a relationship, because we have so much to bring to the table:

We are epic Netflix narrators

Conspiracy theories? Wry, sarcastic commentary about the sexual tension between two characters that have barely even met? Irrational declarations of both love and hatred for the show writers within five minutes? You may not actually get to watch your damn show ever again, but you'll sure get an interesting version of it.

Appreciating quirks is like character lovability 101 in writing fanfiction. The things you were embarrassed about as a kid are the very same reasons we will fall for you—because we've fallen for 806 fictional characters with that quirk already.

You will occasionally guest star in our stories

As the adorable side character who just happens to look and dress just like you and is best friends with the protaganist, except nothing bad ever happens to you because we are the gods of this plot. Also, you have powers. I DO WHAT I WANT.

We are big fans of staying in on a Friday night

Does anyone appreciate a night in more than a fanficker? I mean, we're totally fine to go out, too, but you'll never feel obligated to make plans because the best plan is no plan. And also pajamas. It's our natural state of being.

You'll never have to guess at what we want in bed

...Because it is most likely already accounted for somewhere in Chapter 21 of that one Marvel comic fanfiction we wrote. *derps away*

We are ridiculously passionate about everything (including you)

People who write fanfiction, I've noticed, are never people who are capable of "liking" something. We either feel ambivalent or we love it so much we want to crush it between our heart valves. It is what leads us to compulsively write fanfiction even when we vow that we won't, and what leads us to embarrassingly, stalkerishly crush on you before you date us. (We get less creepy over time, I swear.)

We will always be honest with you

I have always considered fanfiction a particularly brutal kind of honesty, because you're basically anonymously telling the original authors, "Yeah, great, BUT..." and then writing your own version of it. We're not afraid to challenge people or tell them the truth in real life, either.

We are unexpectedly good at ~~romance~~

Once you get past our incredibly awkward exteriors, we are armed with at least five years worth of reading smut (whether or not we meant to. If you're on the site, there's NO ESCAPE), so sit back and learn from the masters, y'all.

We'll never, ever judge you

Nothing you can say can shock us. We've read it all. Also, we pretty much maxed out the dork scale before you even opened your mouth, so whatever nerdy secrets you have probably PALE in comparison.

If you have a tendency to put your foot in your mouth (as most humans do), we're relatively quick to forgive. We get actual criticism, both valid and troll-driven, in response to our stories all the time. You accidentally slipping up every now and then and saying something hurtful is not going to end our little universes. (Although you should be nice to us, lest something happen to that character we made based on you.)

That little thing called shame? Yeah, we don't have it

Which means that you have someone who is always willing to stop for directions, willing to lie and say they have food poisoning to get you out of that dumb work party, willing to answer the door to the pizza delivery guy when we're both unshowered and in pajama bottoms we've been wearing for three days straight. With us on your team, you'll never be in another awkward situation AGAIN.

You will never doubt that we really, really love you

LOOK AT OUR FANFICTION. LOOK HOW RIDICULOUSLY UNATTAINABLE OUR STANDARDS ARE. If we've let you into our little fangirl/fanboy hearts, then you know you're the real deal, because odds are we're still trying to find a fanfic with a love as epic as ours.

More like this
Side Character Energy Has Arrived — Here’s What That Means
By Sophie McEvoy
American Girl Doll Memes Are Going Viral On Instagram & Tiktok
By Emma Carey
Are Quality Time & Words Of Affirmation Love Languages Compatible?
By Lexi Inks
GIRLI & Q Fell In Love At A Skatepark & Never Looked Back
By Jessica Morgan
Get Even More From Bustle — Sign Up For The Newsletter