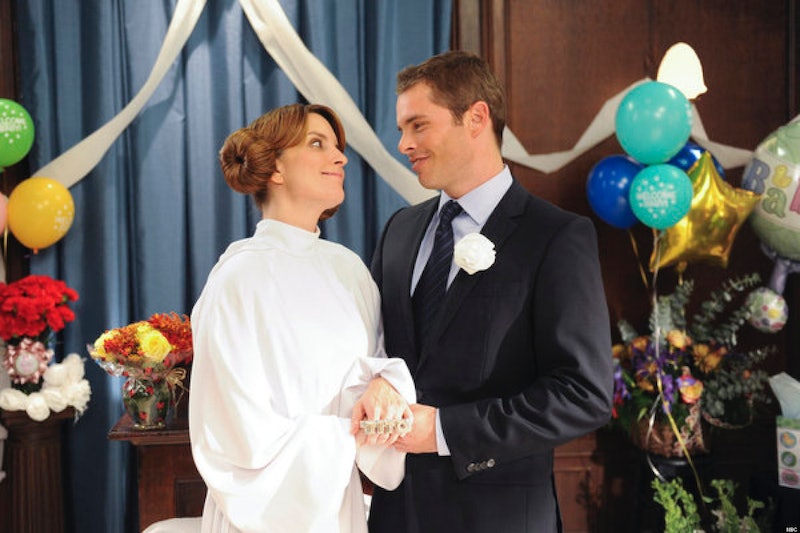 When Echosmith's song "Cool Kids" hit the radio hard a few months ago, we all couldn't help but sing along, and it wasn't just because the tune was catchy. It was so endearingly honest. It was empowering to anyone who had ever thought, "I wish that I could be like the cool kids." But something I have come to realize is that we've all had that thought. Even the people we considered the "cool kids" growing up didn't think of themselves as cool. Honestly, I think the difference between cool kids and uncool kids growing up was that some people were trying really hard at it and others were interested in other things.

That being said, I think there are also people in the world who are just naturally cool, without trying to be a certain way. Maybe that is the source of our envy: The people it came naturally to as kids and teenagers. But the thing is, they're enjoying their lives because they're being true to themselves—trying to emulate them when you might not even like any of the things that make them "cool" only ended up making your life kind of miserable. Bear with me, because you've heard this PSA up, down, and around town about half a million times, but as a very happy and comfortable person who has never been described as "cool," I firmly believe that we are the happiest when we are just being ourselves. There are so many ways your life gets better when you focus on yourself and give up on trying to be "cool":

You find out what you’re actually passionate about

There is no clear cut definition of what the "cool kids" are doing today, because it seems like every five or ten years, the term seems to flip itself over in favor of a completely new breed of cool. If you happen to be in the lucky demographic (I feel like tech nerds, for example, are having their cool moment right now, maybe? See, I really don't know what's cool, I told you.), well hey, props to your timing. But for those of us who aren't interested is trendy, we'll always find that once we stop trying to pursue something we're indifferent about, we open ourselves up to find out what it is we love.

You'll be able to make more meaningful change in the world

As a consequence of finding your passion, you'll be able to not only pursue it, but use it to inspire others. My friends who became teachers, for instance, almost all can boil down their original inspiration to a teacher they had in school who plainly and awesomely loved what they were doing, and seeing their happiness in it inspired them to pursue it. When you strike out on your own instead of following the crowd, you are also inspiring people who might have been too tentative to follow their passions themselves.

Your clothes actually reflect who you are as a person

Looking back, the unspoken dress code in sixth grade was bizarre: painfully tight, combed-back ponytails without a hair out of place, skirts worn with Converse sneakers, and Vera Bradley shoulder bags for anyone who could afford them. This was the year I was forced by orthodontia to wear headgear to school, thus the year I was already under the most ridicule, and I pained myself trying to live up to the weird standards of what everyone else was wearing to try to blend in.

But you know what? It wasn't until I finally owned up to the fact that literally 90% of my closet was fuzzy pink sweaters (which I fully adored) that I finally looked in the bathroom mirrors and recognized myself. Yeah, it wasn't what the "cool" kids were wearing, but it was what I was comfortable in, and what best represented the way I thought of myself. I think self-expression is really what clothes really are for, anyway. Once you wear your clothes for you and not somebody else, they become a lot more fun to get into in the morning.

You make the right kind of friends

By pursuing the things that really interest you, you find people who are similarly passionate and able to challenge you and reciprocate ideas in a way that would never happen if you were stuck doing something you were less interested in. A big part of the myth of coolness involves having a lot of friends or admirers. But once you stop worrying about amassing hoards of followers, you end up with a smaller group of really close friends that you wouldn't trade for the world.

You save a ton of money

I honestly feel like I get whiplash on how fast trends change, especially in clothes or hairstyles. I shudder to think about how much money I spent in the past on hair gel that didn't work, Ugg boots I didn't even like, or leggings I was ultimately too embarrassed to wear, all for the sake of fitting in and looking cool. When you stick to the things that you love, you don't have buyer's remorse the way you do when you're buying to keep up with what's "cool."

You become better at listening to yourself

A lot of the pressure to be cool is really just a societal construct, but it is sometimes so loud that it completely deafens you to the point where you can't even hear your own thoughts and opinions. Once you give up on the idea of "cool," it suddenly becomes a lot easier to listen to your gut and recognize your needs without all the social radio static.

You stop worrying what other people think

The only real regrets I have in my life come from the times when I didn't do something I wanted to because I was worried about what people would think of me. And often, those "people" I was so concerned with were total strangers I would never even see again! I think we tend to exaggerate just how much people care or remember about the things we do, and it has the potential to really hold us back.

Other people trust your opinions more

A lot of trying to be "cool" is about not rocking the boat, and going along with things that are tried and true. But boat-rockers are a lot more honest, and people will come to recognize that as you get older. You can give people valid and actually useful advice, rather than telling them what you think they want to hear.

You become braver in general

By not giving a crap about what you're supposed to do, you open yourself up to a whole world of experiences that you wouldn't have otherwise had. "Uncool" people are the ones who ask dumb questions and get unexpectedly awesome answers; the ones who take the path less traveled and make new discoveries; the ones who push open envelopes and occasionally make people mad and have stories to tell. And I would rather have stories to tell than take comfort in being "cool" any day.

You embarrass yourself a lot less

Mostly because you just get rid of the concept of shame. Think of all the things you've been ashamed about in your life: some of them were probably perfectly valid, and hopefully those are where we learn the lessons that help us know how to treat other people with respect and kindness. But some of them were certainly ridiculous things that didn't hurt anyone in the first place. For instance, the awkward times I spent wearing headgear. Was anyone harmed in the making of this sixth grade year? NOPE. But I still felt super ashamed. A lot of the cringeworthy things you have done in the past are not worth you wasting your precious time feeling shame for. And once you let that go, you are freed of a very enormous and unnecessary burden.

You embrace the beauty in every day things

Look, the "cool" factor doesn't go away in adulthood. Even in college, I remember I was walking past a shop in Paris while I was studying abroad, and saw a window display so beautiful that I stopped and gasped. One of the many "cool" girls who had come on the trip mockingly gasped from behind me with this big, wide open mouth, and people around her cackled at her exaggerated imitation of me, only somewhat chagrinned a few seconds later when they realized I had turned around and noticed them.

I was instantly humiliated. It was that gut-dropping, all-encompassing brand of shame that most of us have been familiar with as early as kindergarten. I couldn't believe it. Weren't we supposed to be adults?

I have come to realize since then that it doesn't really matter how old you get, there are going to be people who use their "coolness" to make other people feel somehow less than. But you know what? That was a really, really awesome window display. I would go back and gasp at it all over again if I could. Even as we were walking away that day, I thought to myself how sad it was to be so unable to appreciate the beauty of something that you felt the need to tear somebody else down who did. And then I wasn't angry anymore. I just felt sorry for that girl and her cackling minions. By not trying to be "cool," I get to live my life soaking in the awesome of every moment, and yes, sometimes I am painfully enthusiastic about things that other people aren't. But I'd rather get made fun of for that every now and then than not be able to appreciate the world I live in.