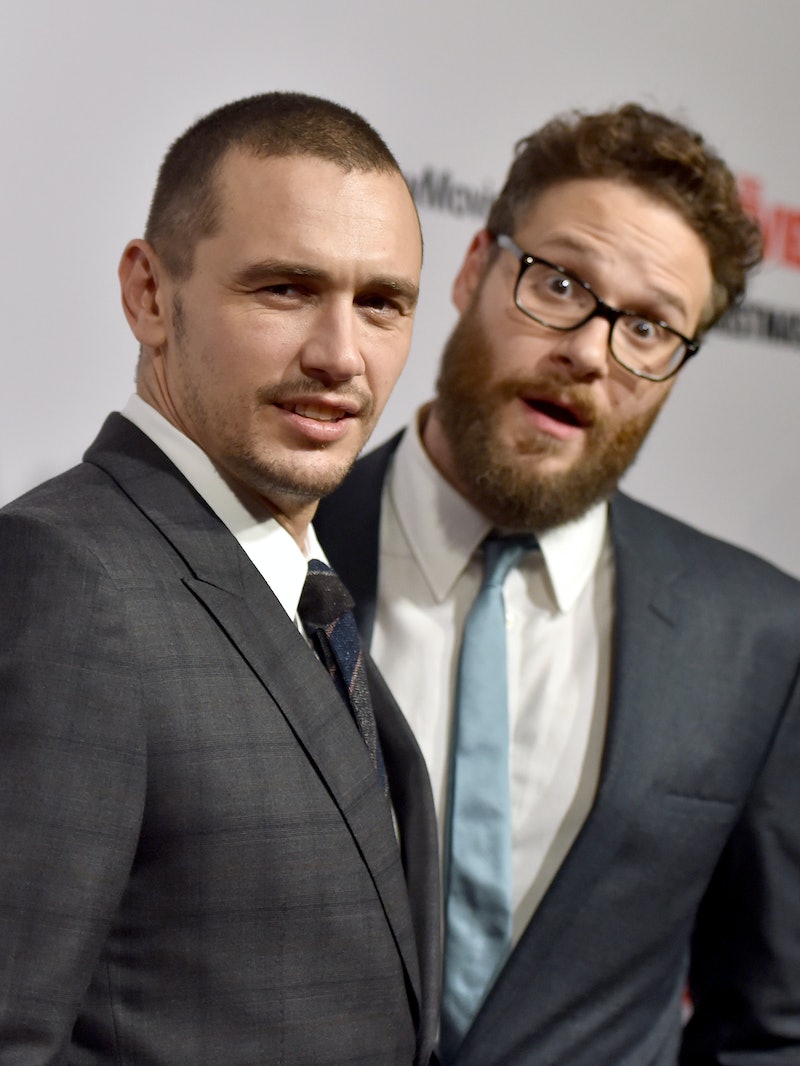 It won't be a blue Christmas for James Franco and Seth Rogen fans after all. After canceling the release of The Interview last week in the wake of terror threats that the US government believes to have come from hackers in North Korea, Sony announced that The Interview will be released on Dec. 25 in limited theaters and on video on demand. Which is, of course, is great news in light of the widespread criticism Sony faced following their announcement to pull the film. But, while Sony has announced details regarding The Interview's theatrical release, it's yet to do more than hint at its VOD release. So, what is VOD and where will you be able to watch The Interview using it?

On Tuesday, The Wrap exclusively revealed Sony's plans to release The Interview in theaters on Christmas Day and on VOD. But, there were no details as to which VOD services The Interview would become available on. The site explained that, over the weekend, Sony had been in talks with Dish Network to distribute the film on their VOD service, but the talks ultimately fell through. The studios' official statement explained, “At the same time, we are continuing our efforts to secure more platforms and more theaters so that this movie reaches the largest possible audience.” As of 5 p.m. on Tuesday, Sony has yet to announce which VOD services will release Rogen and Franco's latest comedy.

But, if you're in the same boat as me, you're probably wondering exactly what VOD means. So, here's a crash course on where to look when The Interview finally becomes available.

If you're one of the lucky people who actually pays for cable and doesn't rely on Hulu to watch television and movies, you're probably familiar with VOD. Video on demand technically means that you can watch a film or TV show whenever you choose, without it being part of scheduled programming. So, here's how this works — go to your On-Demand channels and pay to rent the film — you can watch that film as many times as you'd like within a window of time.

It's possible that Sony will open up The Interview to Amazon or iTunes as a rental film — which, again, you'll pay to rent it for a given amount of time, during which you'll be able to watch as many times as you'd like until it expires.