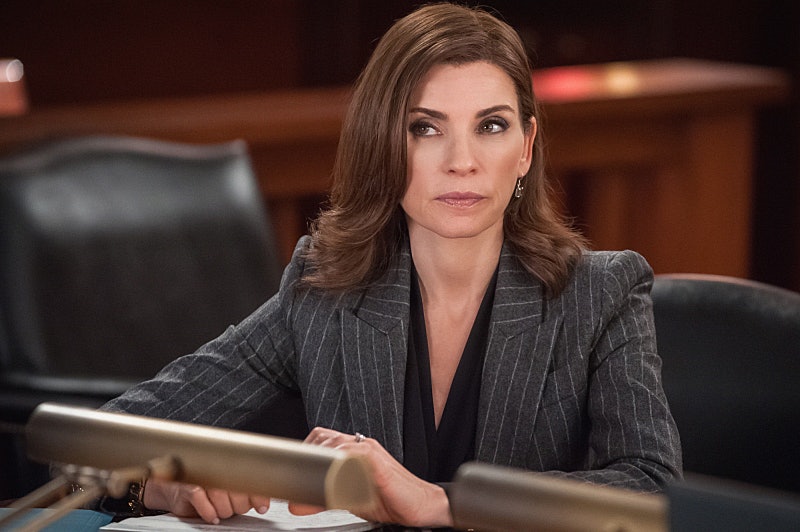 CBS' beloved legal drama has always been a show that excels at reinvention, but is it possible that the reinvention will stop here? Is Season 6 the final season of The Good Wife ? It's not so crazy to think so. In the fifth season we saw the beloved (and very much missed) Will Gardener die in a move no one expected, especially when many fans like myself saw the show ending with some resolution for Will & Alicia. Suddenly, that ending was an impossibility. Season 6 has gone even further pushing characters in such unlikely directions it feels like they're on different shows. The end could actually be nigh. Update: At the 2016 Super Bowl, CBS confirmed that The Good Wife will end after Season 7.

Alicia Florrick is now running for State's Attorney, even though she showed no interest in politics before. Cary Agos is very close to losing everything and the charges against him are making prison time seem very likely. To add to all that, Kalinda will no longer be the investigator on the show after this season since Archie Panjabi is leaving The Good Wife . None of this bodes well for future seasons.

Plus, this season of The Good Wife has been simply been disjointed. Don't get me wrong, I still love the show, but with so many things coming full circle I have to wonder if the writers are preparing for the end of The Good Wife. I think it's a very real possibility and here's why:

There's No News About Season 7 — Even For the Actors

As of now, there has been no word of a seventh season of The Good Wife, but what's more telling is that even the actors on the show haven't heard anything about the show having another season.

In an interview this fall with The Daily Beast, Matt Czuchry who plays Cary Agos, says,

My contract is up at the end of the season as well. This is the sixth season and that’s why I signed at the beginning, a six-year contract.[...] At this point, I haven’t heard anything about a Season 7 or the show going further. If I find out there’s another season and they want me to come back, then we’ll all deal with that then. But at this point that’s just not a conversation that’s been had yet.

Kalinda is a character from which most of the show's greatest missteps originate. In the first two seasons, her mysterious nature, intelligence, and friendship with Alicia made her one of the series' greatest assets. By Season 6, something has been lost in the wake of the disastrous Season 4 abusive husband plot (I think it's safe to say that we all wish Nick never happened). Yes, Panjabi is an amazing actress, but the show isn't utilizing her very well and Kalinda leaving The Good Wife may actually be for the best.

But there's a twist: What makes me worried is that the other investigator, Robyn, has disappeared from the show without much of an explanation. Jessie Wexler, who plays Robyn, tweeted an interesting response to a fan when they came looking for hints about the sleuth's return:

With Kalinda definitely being gone by the end of the season and Robyn also absent, what does that mean for the role of the in-house investigator? This only gives more fuel to my final season theory.

Even Cary Agos Thinks The Show is Coming Full Circle

In the same interview with The Daily Beast, Matt Czurchy said that "It feels like we’re going full circle back to Season 1." (My thoughts exactly, as it were.) Czurchy is responding to the firm going back to the original Lockhart/Gardner offices and making them their own, which was a bold move that honestly felt a bit unearned. Of course, what I really found interesting was seeing Alicia take over Will's old office, which leads me to...

...The Parallels Between Alicia & Will and Finn & Season 1 Alicia

Alicia Florrick's arc has been one of the most dynamic things I have ever witnessed on television. She's gone from the scorned wife standing at the side of her cheating politician husband to an amazing lawyer who is far more morally gray than we could have ever predicted.

In many ways, Season 6 Alicia is very much like her old mentor and former lover, Will Gardner. Seeing Alicia make his old office her own only adds more layers to the ways she's become like him. Her not-quite-romance with Finn is especially interesting because he reminds me of Season 1 Alicia, the way he also wrestles with desire and maintaining his moral high ground. Finn and Alicia's story thematically parallels the romance Alicia once had with Will, but in a far more thematically rich way, and helps bring the whole series full circle.

But, if the Show Does Go to Season 7, What Can We Expect?

While there are a lot of reasons that point to Season 6 being the last for The Good Wife, there are still many unanswered questions remaining — especially when it comes to Alicia. The series wrestles with the question of whether or not it is it possible to find power and happiness simultaneously and Alicia running for office is an extension of that (although the same theme could have been played around with if the writers had her focus on making her newly minted firm a powerhouse, but I digress).

The point is The Good Wife has yet to answer its big question. The writers have also seemingly abandoned Alicia giving a damn about her personal life. Alicia's flirty relationship with Finn seems to be a tease more than anything else.

So, while I'm pretty convinced that Season 6 is the last for the The Good Wife, there's always the chance I'm wrong. The series has surprised us more than once by leaning in to what most television shows are afraid to attempt: completely and total reinvention. Who's to say they won't do it again?