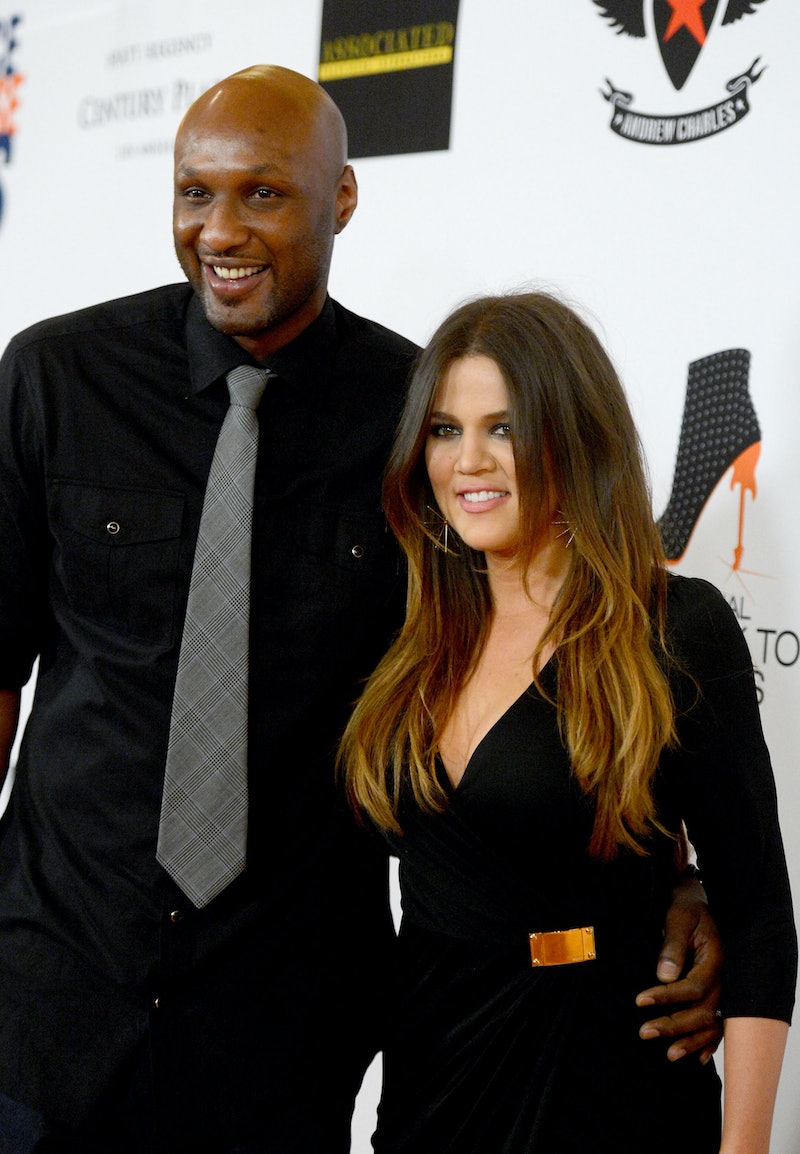 The Kardashians don't seem especially versed in the nuances of privacy. As such, this latest moment in the lives of America's most public family seems at once heavy-handed and strangely subtle: Amidst rumors of a split with Lamar Odom, Khloe Kardashian removed the "Odom" from her Instagram account.

Rumors have been swirling over the past few months surrounding the Kardashian camp and Lamar Odom's drug problem. Reports of missing persons, interventions, and just general heartbreak have surrounded the family for months. Most especially affected has been Odom's wife, Khloe Kardashian, who has been rumored to be considering a divorce since her husband apparent refusal to accept her help in recovering from drug addiction.

Fanning the flames of these theories is the recent development that Kardashian has removed her married name from her Instagram account: Her former name on the site was "Khloe Kardashian Odom," but she cut it down to just "Khloe" this week.

Given Kardashian's recent public personal troubles, this has caused speculation that a filing for divorce may be imminent. This might be true. However, considering she also removed the Kardashian from the name in her bio (and considering it's kind of unlikely she's also divorcing her family right now), we might want to admit this could very well just be another mercurial moment in the Internet life of a public figure. Her reps released a statement to Hollywood Life that goes along those lines:

Her Twitter name was never changed and her Instagram she took off Kardashian AND Odom on her bio only. Her Instagram handle has ALWAYS been just Kardashian to match her twitter name — so both of her names are @KhloeKardashian, they always have been but yes in her bio she removed both of her last names, so it simply says Khloé.

This might very well be an "a-ha!" moment similar to Miley Cyrus' Twitter-unfollowing of (and then immediate announcement of break-up with) Liam Hemsworth. It might also just be that Kardashian wanted to shake up on social media profile's branding a bit.